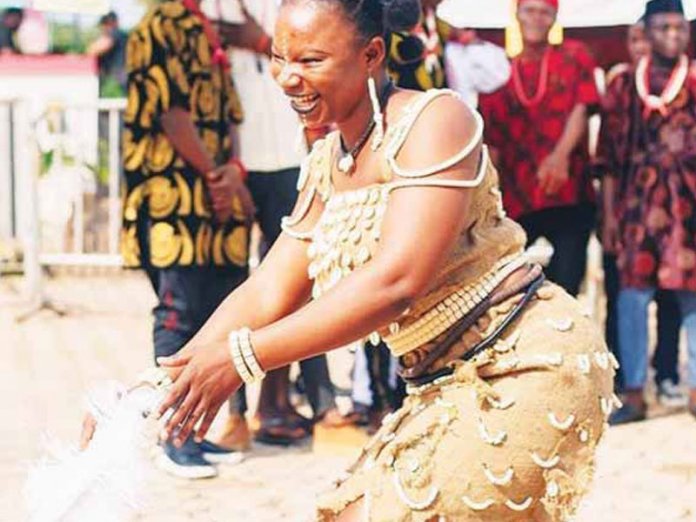 The Oakland Hotel in Enugu was filled with happy feet and expectant eyes recently when more than a thousand youths gathered to showcase their talents at The People’s Hero audition. Each of the contestants came prepared, dazzling in cultural displays, hoping to secure a spot in the talent show that will reward the final winner with a grand prize of N7 million.

The keen contest witnessed performances from groups and solo contestants.
However, at the live shows in Lagos, it was revealed that only 11 contestants sailed through to the main show. These 11 participants were selected from 24 participants that had qualified from the first stage of the audition.

It was a difficult decision for the judges as they were thrilled by the performances of each of the talents. And just like the judges had a tough time settling for top 20 at the previous audition, the judges could not limit their choices to 10 as initially planned because they were talents that could not be denied the opportunity to vie for the title of The People’s Hero.
Encouraging the disqualified participants, Marc Swagz, one of the judges and an on-air personality told the participants not to regard their disqualification as the end of their dream. He urged them to return to base and improve on their skills.

Rapper Illbliss who is also a judge said the competition must be stiff as whoever emerges the People’s Hero must be acknowledged by the world in his or her craft.

The 11 participants are made up of three dancers, two actors, three spoken word artists and three singers. They will slug it out with the next nine participants who will emerge from Owerri auditions happening next week.

An initiative of Hero Lager Beer, an International Breweries brand, The Peoples’ Hero seeks to identify the best of talents in singing, dancing, spoken word and acting in the Southeast and South-south region of Nigeria and to reward the winner with a grand prize of N7 million and consolation prizes of N2 million and N1 million for the first and second runner up.
The show continues to air on MTV Base every Saturday by 9 pm with a repeat show on Wednesdays.