Before now, the common perception of a cold room in our country is that of a storage facility for frozen food and drinks such as fish, turkey, chicken, yogurt, ice cream and many others. However, recent revelation from a viral video which shows the ‘inside’ of the ‘cold room’ where lecturers ‘sexually harass’ students at the University of Lagos has changed all that.

In the video, produced and directed by a BBC undercover reporter, Kiki Mordi, who posed as a 17-year-old admission seeker, the main actor, a certain Boniface Igbeneghu, a lecturer at the University of Lagos, disclosed that there is a ‘cold room’ at the university where randy lecturers freely fondle with any part of the body of female students they so desire.

The ‘cold room’, where the despicable act takes place is reportedly strategically located at the upper angle of the Unilag’s staff club. According to ‘actor’ Boniface Igbeneghu, in the now popular ‘home’ video, at the ‘cold room’ lecturers frequently meet to “touch students’ breasts”.

The burgeoning ‘Nollywood actor’ also stated that “nothing good comes free” and the ‘cold room’ experience is the price some female students have to pay to have good grades. Hence, it could be rightly affirmed that the ‘cold room’ is where ‘sexually transmitted degrees’ are clinically arranged and procured.

Discomfited at this revelation, which obviously cast a serious dent on the image of the nation’s self-acclaimed ‘university of first choice’; the institution’s authorities have announced the closing down of the infamous ‘cold room’.

A statement released by the Principal Assistant Registrar (Communication Unit) of the university, Taiwo Oloyede reveals the shutdown of the ‘cold room’ as well as the suspension of ‘actor’ Igbeneghu. The statement further explains that “the so-called ‘cold room’ is a Functions Room that may have been abused because this is a deviation from the purpose for which it was created (meetings, seminars, events, etc.).”

Meanwhile, the institution’s Pro-Chancellor, Dr. Wale Babalakin, has disclosed that the university council will investigate the matter and ensure that the relevant law takes its full course. In a related development, ‘actor’ Boniface Igbeneghu has been suspended by the Foursquare Church, where he is a part-time pastor.

Naturally, the social and traditional media are flooded with various comments castigating Boniface Igbeneghu and his fellow ‘cold room’ actors for their appalling acts. However, while it is true that the Unilag ‘cold room’ is a dent on our national image, it is vital to stress that a ‘cold room’ exists in almost every public and private organization in the country.

It is at the ‘cold room’ that justice is perverted. It is where promotion and opportunities are dispensed based on other factors aside merit and equity. It is a place where miscarriage of justice occurs. It is the place where what is right is wrong and what is wrong becomes right. It is the place where the righteous are persecuted and the wicked celebrated. Yes, in our nation, the cold room is where merit is slaughtered on the altar of mediocrity.

Metaphorical representations of the ‘cold room’ abound in every facet of our national life. Sadly, most ‘cold room’ actors occupy high places in diverse sectors of the country. They hold high offices in religious circles. They occupy strategic positions in the education sector. They even operate within the various national security outfits.

They are men who don’t act what they preach. They are men of two parallel worlds. In the inside, they are snakes. On the outside, they are doves. Hypocrisy is their stock in trade. Deception is their trademark. They sing the national anthem with pride; recite the national pledge with relish, but stab the nation in the back at the slightest prospect.

As a nation, we have not made much progress partly because of our penchant for ‘cold room’- like inclinations. Upon inaugurations, our leaders swear by the holy books to uphold the constitution and operate in the fear of God. With several stories of several billions of naira either missing or being misappropriated, over the years, one begins to wonder if they actually believe in the sacredness of their oath of office. It is amazing how we play fools with God. Whom do we actually take God for? A dumb deity who sees and hears nothing?

Unfortunately, the hypocritical bug has gotten to hitherto revered religious institutions where, naturally, one expects a reasonable measure of godliness and piousness. Today, we have prophets, seers and clerics who desecrate the altar of God, like the biblical Esau, for a pot of porridge.

How does one explain the double standard of a ‘man of God’ who preaches faithfulness to marital vows, but secretly keeps several concubines? Regrettably, some of them boast of a passionate and highly fanatical followership. Talk of the blind leading the blind. What a pity!

We have suddenly turned deceit into a national past time. We complain of bad leadership, but we forget that our leaders are a product of same society where parents dole out huge amount of money to purchase university admission for their wards. Yet, same people are on the social media complaining of corruption in public places. Hypocrites!

If you have ever given your car to a mechanic to fix or you have had to deal with artisans such as plumbers, electricians, carpenters, etc., you will appreciate the ingenuity of the average Nigerian for the ‘cold room’ lifestyle!

We need to reorder our priority as a people in order to get it right as a nation. Our efforts at nation-building have been tortuous because we have imbibed the wrong attitude to leadership and followership. In the days of our founding fathers, men of ideas and principles were widely respected and honoured.

Our national heroes such as Herbert Macaulay, Obafemi Awolowo, Nnamdi Azikiwe, Tafawa Balewa, Ahmadu Bello, Aminu Kano and others did not rise to national prominence as a result of villainous wealth. Rather, they won the hearts of the men of their generation based on the strength and depth of their ideas and principles.

Sadly, discipline, integrity, hard work, honesty, and selflessness among other hitherto revered virtues in our society, have taken the back seat. Gone are the days when student unionism was anchored purely on principles and ideological leanings. Today, student union leaders secretly hobnob with the very oppressors that they are supposed to boldly confront. If Mandela had acted in such a manner, perhaps, South Africa would still be under political bondage today!

We need to have a rethink. A nation that is built on falsehood and deception will continue to breed nutty ‘cold rooms’. If we are to get it right, we must uphold truth, honesty and integrity above other such brazen self-centered values that have stunted our growth as a nation.

Ogunbiyi is of the Lagos State Ministry of Information & Strategy, Ikeja 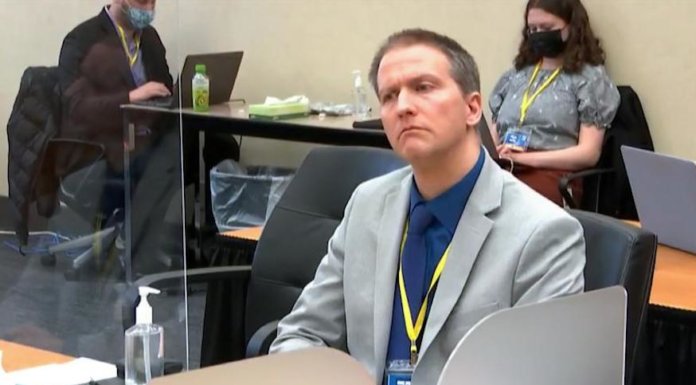