The Association of Medical Laboratory Scientists of Nigeria (AMLSN) has accused pathologists of the University of Calabar Teaching Hospital of victimisation, molestation and even murder among others, with claims that the association is being deliberately decimated.

The National Publicity Secretary, Dr. Casmir Cajetan who stated this in Abuja on the current crisis involving staff and students of the association and the management of UCTH, Calabar, said the deliberate act of causing unrest in the hospital exposes the high level of hatred harboured by most misguided pathologists.

Insisting that their staff and students who are on internship were being persecuted, terrorised, molested and detained, he reiterated that pathologists were not trained to perform medical laboratory testing but remain as consulting physicians.

The association appealed to the Minister of Health, Dr. Osagie Ehanire to call the Chief Medical Director of the hospital, Prof. Ikpeme Asanye Ikpeme to order and evolve processes that will end the continuous victimisation of all its members in federal and state tertiary hospitals.

He said: “This deliberate act of creating unrest in the hospital by the UCTH management, and then turn around and make a scape goat of MLS, exposes the high-level hatred harboured by most misguided or unscrupulous pathologists in the UCTH management and elsewhere against MLS and against anything else bearing it’s symbols or semblance.

“These questions and many more merit answers from the management of UCTH. Also, the death of our member, Mr. Patrick O’neil in UCTH, when the crisis was in full swing prompts the question: Patrick O’Neil was murdered via euthanasia, wasn’t he?”

In response to the allegations, the CMD said all the allegations were unfounded and baseless and should be ignored as there was no iota of truth in them.

“All allegations are false please. As an example, late O’Neil who was my personal friend, died at his building site far away from the hospital on a Saturday morning.

“He slumped in front of his father. While the management and his family mourn the loss of a bright young man, it is irresponsible unionism for the national body of any union, more so an allied health union to play politics over a dead body.

“Like the allegation involving the late young man, all other allegations are also false,” he stressed. 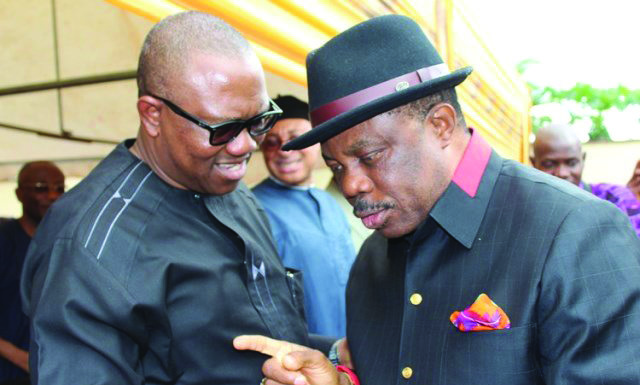