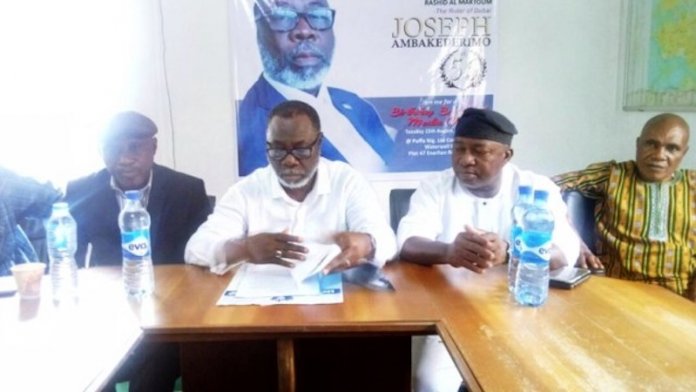 The South-South Reawakening Group (SSRG), has decried the abandonment of the BRACE initiative put in place by the Niger Delta governors, five years ago.
The initiative was aimed at fostering economic cooperation and infrastructural development of the region.
The “BRACED states” is an acronym for Bayelsa, Rivers, Akwa Ibom, Cross Rivers, Edo and Delta States.

The BRACED initiative with the attendant Commission was established as an umbrella development Agency to facilitate the Niger Delta States to foster economic cooperation and prosperity, issues of inter and intra infrastructural development for the region .
But over five years, after BRACE initiative and commission was established, SSRG, a Niger Delta advocacy group, in a statement, decried the nonchalant attitude of the respective governors of the Niger delta states to make the initiative work.

According to a statement signed by SSRG’s Convener, Mr. Joseph Ambakederimo, “The initiative and overall objective of the initiators could have been fantastic but Implementation of the processes to achieve the core objective have largely been faulty and finds it hardly taken- off the ground. However, absolutely nothing has been seen or can we pinpoint an iota of any program from the initiators”.

The group said the meetings of the governors, under the BRACED commission, had been turned largely to social gathering, “which is always the high point of such annual meeting of the commission and it goes on and on year after year.”

“In fact the fate and present status of the BRACED initiative and commission put in place is unknown and presently in a state of comatose and in an intensive care unit waiting to be pronounced dead and passed on to an undertaker ditto the economic status of the states in the region all with decrepit infrastructure crying for attention, over bloated workforce because there are no industries to absorb the ready teeming workforce”, it added.

SSRG therefore urged the governors of the Niger Delta states to urgently resuscitate the BRACE commission and give it life to achieve the objectives for which it was founded and geared towards the development of the region.

It also suggested that the BRACED states shield collaborate with the Ministry of Niger Delta Affairs and the Niger Delta Development Commission (NDDC) and the Sub Sovereign Future Fund to undertake mega projects and turn the Niger Delta States in to Eldorado adding “It is doable so far we can conceive the idea. It has happened in other places and it is presently happening in other climes so why not here”.