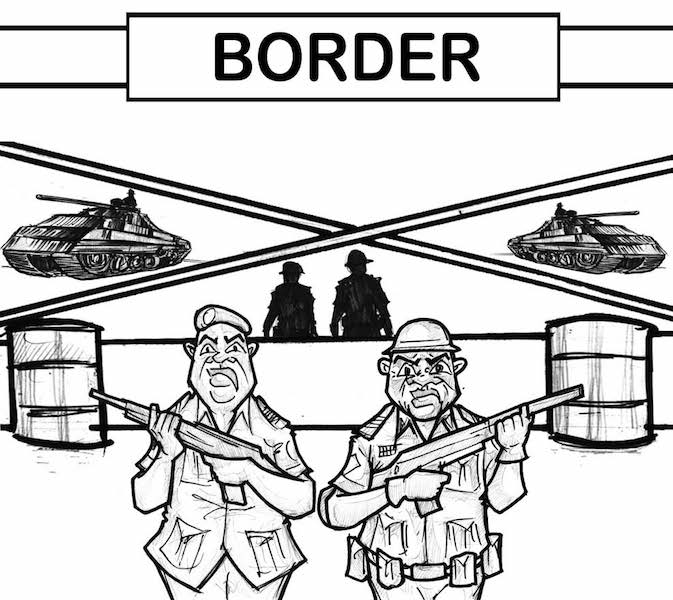 Even before the insurgency, banditry, kidnapping and other criminal activities, there were debates about the loose administration of immigration in the country. So far, the task of safeguarding the country’s numerous borders appears to have defied the efforts of the relevant authorities. But unless the issue is tackled frontally, its consequences for the socio-economic and political well-being of the country will be overwhelming.

Article Three of the Economic Community of West African States (ECOWAS) Protocol which relates to the free movement of persons, residents and establishments states that any citizen of the community who intends to cross into the territory of any other member state shall be expected to possess a valid travel document and an internationally recognised health certificate. In addition to that, “a citizen of the Community visiting any member state for a period not exceeding 90 days shall enter the territory of that member state through the official entry point free of visa requirements. Such citizen shall, however, be required to obtain permission for an extension of stay from the appropriate authority if after such entry that citizen has cause to stay for more than 90 days.”

Meanwhile, article four recognises the right of member states to reject the admission of any community citizen who falls into the category of unwanted immigrants under their laws. Today, proofs abound of migrants mainly from neighbouring countries who reside in Nigeria unlawfully, many of whom are herders, artisans, petty traders, commercial motorcycle riders, manual labourers, street beggars and others in similar vocations. Sometimes, communities like Bachaka, a border town in Kebbi State, form vigilance groups to identify the aliens among them. Such citizens’ participation, though commendable, cannot be a worthy substitute for a thorough, formal application of legal instruments by designated agencies to check the influx of unauthorised people and sanitise the system.

Those goals are not only desirable but also mark of any accountable, progressive society. Matters of demography are crucial to planning, crime prevention and detection, provision of amenities and other vital aspects of nation-building. It is in this light that the statement made on national television the other day by Governor Bala Mohammed of Bauchi State about the numerous foreign Fulani in the country is potentially damaging to the enforcement of our immigration statutes. According to him, “The Fulani man is a global or African person. He moves from The Gambia to Senegal and his nationality is Fulani. So, we cannot just close our borders and say the Fulani man is not a Nigerian. They are all Nigerians because their identity, their citizenship is Nigerian even though they have relatives from all over the world. So, presumably, they are Nigerians because they move all over and have relations all over. That is why our population in Nigeria is fluid.”

The flexible and nebulous character of Nigeria’s demography which Mohammed romanticises has contributed to the current insecurity in the country, hence the need to urgently address it. Grappling with crimes perpetrated by Nigerian residents has been daunting. This can only be compounded when foreign elements who exploit our porous land entry points are given free pass in the name of ethnic affinity. Of course, no attempt should be made to profile any particular ethnic group as virtually all our borders are vulnerable. But the notion that all Fulani people can claim Nigerian citizenship is unacceptable.

On a final note, the Migrant E-Registration and Data Processing Scheme instituted by the federal government for the documentation of migrants in the country is a right step. But while facing the challenges of implementing the programme, it should also prioritise the strengthening of all the machineries that are crucial for border integrity. We cannot afford to remain complacent in this critical sector.