Delta State Governor, Dr Ifeanyi Okowa, has said that the era of teachers expecting their reward in Heaven is over, noting that diligent and hard work teachers should first be appropriately appreciated and rewarded here on earth.

Okowa made the remarks in Asaba as 12 teachers and school heads adjudged as outstanding  in primary and post-primary schools in Delta State received cars and cash rewards for distinguished performance in their respective positions.

The governor, who announced the rewards at a Dinner and Awards Night organised by the State Ministry of Basic and Secondary Education in conjunction with state chapter of the Nigeria Union of Teachers (NUT), also harped on the role of teachers in the moral discipline of the children for the healthy development of the nation.

He urged recipients of the awards, including principals, head teachers and classroom teachers at primary and secondary school levels who emerged from a selection process, not to rest on their oars but to redouble their efforts towards excellence in the academic and moral molding of their pupils.

Okowa said, “I want to congratulate the awardees, and to let them know that the reward of teachers is not only in heaven. Teaching is a passion that genuinely flows from the heart.

“This type of recognition will touch the hearts of our teachers and make them to work harder in the development of our children.

“The teachers, just like parents, play an important role in the development and upbringing of the child. We need to continue to give care to our children and guide them aright because it is at this foundational level that we can mould their character.

“We need to get the moral development of the children aright at this level, so that it will be well with our nation, Nigeria.”

The governor commended the state Ministry of Basic and Secondary Education for organising the event, and the NUT for its tremendous support and partnership in improving the education sector in the state.

Earlier in an address, Mr Patrick Ukah, Delta State Commissioner for Basic and Secondary Education, explained that the recipients ‘’were selected from a process that involved over 49,000 teachers and students in 470 public secondary schools and 1,126 primary schools in the state.’’

While congratulating the awardees, Ukah noted that the assessment was done and vetted by a team of academics drawn from various tertiary institutions across the country. 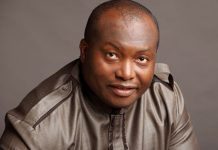