Over two months after the Rear Admiral Ibikunle Olaiya-led probe panel was set up to unravel the circumstances surrounding the killing of police detectives by troops of 93 Battalion of the Nigerian Army, Takum, in Taraba State, the contents of the report submitted by the panel have not been made public. The citizens are also confused about the likely sanctions to be meted out to the culprits. And this is heightening worry among Nigerians.

The report was submitted to President Muhammadu Buhari after it was reviewed by the Chief of Defence Staff (CDS), General Abayomi Olonisakin, whom, THISDAY gathered, made further recommendations. The committee submitted the report to the Chief of Defence Staff a month ago after sitting in Jalingo and Abuja where it took oral submissions, video evidences, and witness accounts of the fatal shooting that took place August 6.

A source close to the panel had told THISDAY that the Defence Headquarters had submitted the report to Buhari.
“The report has been submitted to the President and Commander-in-Chief, who ordered the probe in the first place. We are done with the report so we await further directives from the Presidency,” the source had said.

Many are worried that the report of such an incident with serious security implications for the country is being delayed, and this is raising suspicions about a cover up. The revelations during the sitting of the panel in Taraba and Abuja showed that the kidnap kingpin, Hamisu Bala Wadume, who was earlier arrested by police detectives, was freed after soldiers opened fire on policemen conveying him to the Taraba State Police Command in Jalingo for interrogation, killing them, despite the fact that they were subjected to identification processes. The shooting presents a clear threat to inter-agency collaboration that government has trumpeted for a long time, with larger implications for the mounting security challenges facing the country.

The killing had provoked national outrage, especially with the manner in which the policemen and a civilian on national assignment were brutally gunned down even after identifying themselves to the soldiers manning the checkpoints at Ibi-Jalingo Road in Taraba State. It had also triggered a rift between the Nigeria Police and the Nigerian Army. The recriminations were such that the Chief of Army Staff, Lt. Gen. Tukur Buratai, issued a circular warning officers and men to be cautious in their interaction with police personnel. Buratai advised soldiers to travel on mufti in view of attacks launched against the army by the police on social media.

The rift had, indeed, run through the panel deliberations, as both the army and the police stuck to their different positions on the incident and insisted on appropriate sanctions.

Intelligence agencies, in the course of the work of the panel, established 190 phone exchanges between the kidnap suspect, Wadume, and Captain Tijani Balarabe, the officer in charge of the army team at the Ibi-Wukari Road checkpoint and who actually ordered the shooting of the policemen and the civilian involved.

The release of Wadume by Captain Balarabe before his re-arrest by the police and the telephone conversations between them and a Divisional Crime Officer (DCO) in Jalingo substantially established a strong connection between the duo and the culpability of the army officer and other soldiers involved.

Wadume had before the panel admitted involvement in gunrunning, especially high calibre automatic weapons, notably AK 47 rifles. This raises another poser with regard to the interaction between security agencies and criminal gangs in Nigeria and the challenge it poses to national security.

Families of the slain policemen have also raised concerns over the delay in the release of the report. They want to be assured that the patriotic service rendered by the fallen members of their families was not in vain through the government ensuring that justice is served.

Addressing a press conference recently, an elder brother to the one of the slain officers, Andrew Philip Ediare, said justice must be served to the fullest.

Ediare lamented, “If the law fails to take its course, it means it is a conspiracy and anything short of this is unacceptable. Inspector Mark Ediare, my late younger brother, and others were on active duty and they swore to protect this country.
“His wife is now a widow, his daughter fatherless, and the family is grieving, shattered by this inglorious act. This is an outrage.”

Ediare further stated, “We therefore demand that the culprits be brought to justice and that international bodies should get involved. Nothing will be swept under the carpet. We demand justice, whoever the perpetrators may be, we want them to go to the full extent of the laws of the land.

“If the law fails to do the needful, we will resolve that it is an act of conspiracy. That must not happen”.

The Defence Headquarters (DHQ) had in several fora maintained that appropriate sanctions would be applied in the case of soldiers found culpable. Nigerian Army Headquarters had also restated its resolve to deal decisively with personnel involved in the deadly drama.

It was gathered that members of the panel drawn from the police had unofficially expressed fears that the panel’s report might be swept under the carpet in view of the fact that even the defence chief himself is an army officer and may not be fair in his recommendations.

Making the contents of the report public, following through with the implementation in terms of imposing appropriate sanctions on culpable persons, especially the kidnap and gunrunning ring, would address the hydra-headed issue of extra-judicial killings, and strengthen inter-agency cooperation as the country battles security challenges on all fronts.

Many believe the report should also address adequately the issue of compensation to families of the slain policemen.

More than anything else, there is a groundswell of public opinion that the Presidency should urgently make the panel’s report public and ensure that appropriate sanctions are applied where necessary. Many say the institution of the Presidency should not be seen as covering up such a trigger for insecurity. 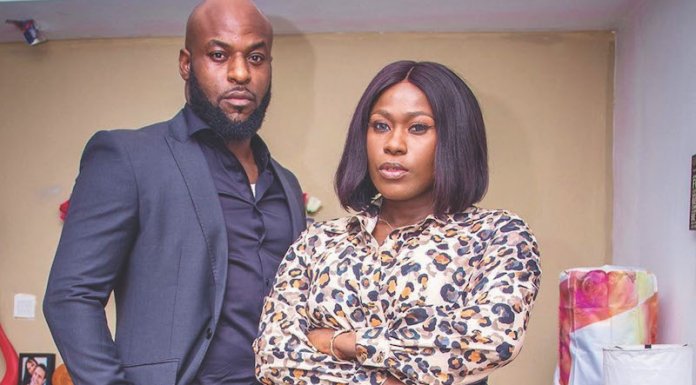