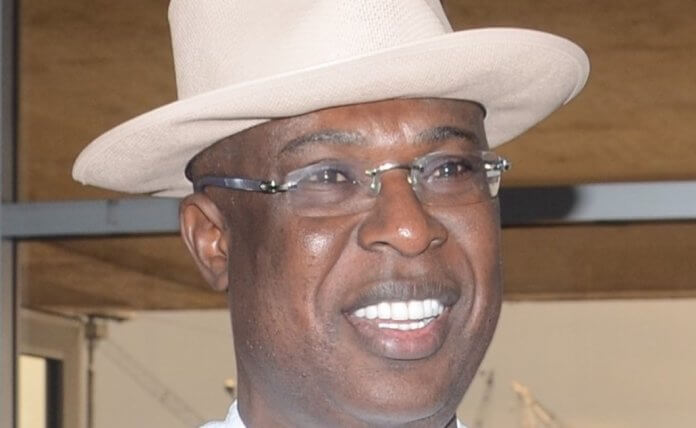 This comes amid growing concerns about government’s inability to hold oil blocks bid rounds in the last 12 years, which could result in dwindling oil reserves and production, with attendant consequences on oil revenue and the economy as a whole.

Sylva, who announced the forthcoming oil blocks bid rounds in an interview with Bloomberg Television, however did not disclose precisely when it would take place in 2020, the oil acreages that would be put out in the expected rounds or the processes to be adopted.

On the same day, the federal government notified that it had sealed a €70m economic cooperation agreement with the Germany, which would enable the European country provide assistance to Nigeria in key areas of the economy.

Speaking in a Bloomberg Television programme, Sylva, noted that plans were on to conduct oil block bid rounds next year because the country primarily had not awarded fresh oil leases since 2007.

He said apart from the revenue Nigeria could gain from the fresh bid rounds, it wanted to get more people into its oil sector, hence, the decision to hold bid rounds next year.

Previous efforts to hold licensing rounds for major and marginal oil fields during the tenure of Dr. Ibe Kachikwu as Minister of State for Petroleum Resources were not successful, as President Muhammadu Buhari was said to have rejected the processes submitted to him for approval.

However, Sylva said in the Bloomberg interview when asked about new oil licensing rounds: “That’s very much on the table for next year. It will be within next year hopefully.”

On the reasons for the new rounds, he said the need to raise revenue was part of it, adding: “But also to expand the space in Nigeria. There have been no bid rounds in Nigeria since 2007 and we think that it is due for us to have a bid round in Nigeria. It is too early to talk about it now, but I will tell you later.”

The minister explained that Nigeria’s oil production went down to 1.6 million barrels (mb) on Thursday because the Nembe Creek Trunk Line (NCTL) was down.

He equally admitted that Nigeria produced oil in excess of its Organisation of Petroleum Exporting Countries (OPEC) output quota in August but has since restricted itself to the production quota.

“We do year-to-date, 2.1 million barrels, crude and condensate. Crude year-to-date is 1.8mb. Yesterday production was 1.6mb because the NCTL is down. We had some over-production in August, and we committed to cutting down and we did in September and further down to December. We are going further and getting Gabon and South Sudan to cut their production,” Sylva explained.

Asked what he thought about the state of the oil market with regards to Saudi Arabia’s production downtime and prices, Sylva said: “We have our next meeting in December and at that meeting we will decide. It will all depend on how things are going; things cannot be predicted. We left in September and Saudi Arabia happened, but if we need to make deeper cuts in December, we will make cuts.

“Everybody agree at the OPEC that we need to stabilise the market and cannot allow prices to plummet, and if prices are going southwards, we need to do some more cuts and we are ready to make that sacrifice.”

According to him, “It is so extremely difficult to predict these days because things happen and the market don’t react as it should, but we believe that prices will remain where they are now. The outlook isn’t very good for next year because of the geopolitical tensions.”

Asked if Nigeria preferred to produce more oil or cut down production to raise prices, the minister stated that: “It is a balancing act of low oil and higher price, we look at what benefits us more and see that when you cut and see that the price is stable, then it helps us to predict better.”

He expressed regrets at the decision of Ecuador to leave the OPEC framework, but added that some more countries were asking to join the OPEC, in addition to the cartel’s alliance with non-OPEC members led by the Russian Federation, which he claimed was comfortable for OPEC.

On US oil production, he said: “We don’t really see US production as a threat because it is a flash in the pan. We believe it has peaked and we will only see a downward trend in US production.”

Meanwhile, the federal government yesterday sealed a €70m economic cooperation agreement with the government of Germany.

The pact would enable the government of Germany to provide assistance to Nigeria in key areas of her economy.

The Minister of State for Finance, Budget and National Planning, Clem Agba signed for the Federal Government of Nigeria while the Head of German Delegation to Nigeria, Christoph Rauh signed for his country.

Speaking at the event, Agba described Germany as a reliable partner in terms of bilateral economic cooperation.

He said the areas of interventions by the government of Germany were in line with the inclusive growth agenda of the Federal Government of Nigeria as contained in the Economic Recovery and Growth Plan.

He gave some of the areas as infrastructure, finance, governance, renewable energy, vocational training, job creation, microfinance, ease of doing business, polio eradication and safe school initiative among others.

Agba said, “The areas of interventions by the government of Germany are in line with economic sustainability and inclusive growth.

“We must, therefore, make necessary efforts to ensure that the opportunities offered by these interventions and other similar initiatives are not misplaced.”

Earlier, Rauh said the intervention in Nigeria was based on his country’s strategic plan for Africa.

He commended the Nigerian government on the reforms being implemented in the area of ease of doing business, corruption and money laundering.

He however called on the government to increase the level of support to displaced people in the North East region.