Following recriminations arising from the feud between the Nigeria Police Force and the Police Service Commission (PSC) over the recruitment of 10,000 constables approved by President Muhammadu Buhari, the commission has dragged the Inspector General of Police (IG), Adamu Mohammed, to court.

The PSC has also suspended all promotion exercises in the police. The promotion of the Lagos State Commissioner for Police Mu’azu Zubairu and others are also caught up in the web.

The commission has also withdrawn all delegated powers to the police, including discipline and promotion of rank and file up to inspectorate cadre.

A competent source told THISDAY that the commission has filed a law suit seeking a restraining order barring the IG from usurping the powers of the commission.

“All promotions in the police have been suspended. All delegated powers of discipline, promotion of rank and file up to the rank of inspector have been withdrawn,” the source said.

The two organisations are contesting who has the statutory powers to recruit 10,000 constables recently approved by President Buhari.

The commission had frowned upon the list compiled by the NPF without its involvement, the body that has the constitutional mandate for appointment.

The IG is said to be contending that based on the Police Act as presently obtainable, the power of recruitment is vested in the Nigeria Police, while the PSC argues that it is statutorily empowered to perform the function of recruitment of policemen.

Following the disagreement, the PSC recently suspended the recruitment exercise it earlier embarked upon insisting that the alleged interference by the police was an affront on the constitution.

“It is the constitutional responsibility of the commission to recruit Nigerians into the Force, whether as constables, cadet inspectors or cadet ASPs, and the commission is not ready to abdicate this very important mandate,” a statement by spokesman of the commission, Ikechukwu Ani, had said

The union had in a statement said: “Understanding that the matter at stake is the interpretation of the words, ‘recruitment and appointment’, it is not in doubt that the matter has been the subject of contention overtime, which has since been settled in favour of the commission as far back as 2003 under the chairmanship of Simon Okeke.

“The congress, therefore, mandated the commission to refer to that document of interpretation by Justice Kanu Agabi, which we know is in the possession of the commission and as a matter of utmost urgency proceed for legal interpretation at the Supreme Court to put the matter to a final rest.” 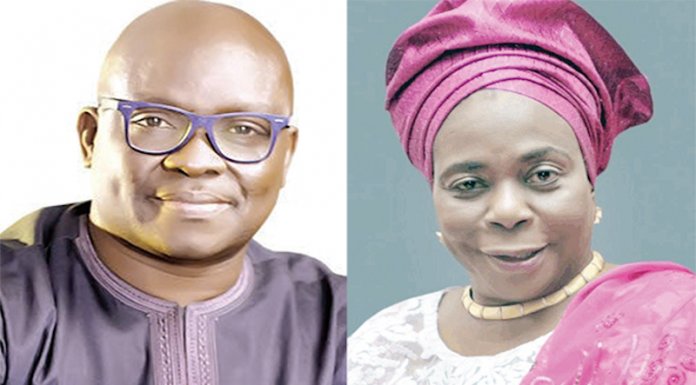 Ekiti PDP Crisis and Gamble For 2022