Ogun State Governor, Prince Dapo Abiodun, has said the state would sustain its enviable position as the nation’s number one investors’ choice for a long time to come because his administration is consciously working to retain that status.

According to him, the state with its rich human and natural endowments cannot be compared with any other states in the country, in terms of access to land and seaport and availability of arable land.

“Our state remains the best place for investors to open business. Besides our natural geographical location as Gateway State to Nigeria, we share borders with four other states and we share international borders with Benin Republic, which is a window to the West African sub-region,” the governor said.

He added that his “administration is providing a focused and qualitative governance and create the enabling environment for a public private sector partnership, which we consider fundamental to the creation of an enduring economic development and individual prosperity of the people of Ogun.”

Abiodun stated this at the 34thAnnual General Meeting (AGM)of the Manufacturers Association of Nigeria (MAN) in Abeokuta, where he encouraged foreign investors to come and take advantage of the one-stop arrangement created by the recently passed Ogun State Investment Promotion Law.

“Ogun State Investment Promotion Agency will be a one-stop-shop which will help investors to settle down easily without having to go through multiple windows,” he said.

The governor, who was represented by his Deputy, Engr. Noimot Salako, said the AGM theme: “the Manufacturing Sector: An Integral Part of Making Ogun State the Industrial Hub of Nigeria,” was apt as his administration is working with the private sector in all areas of development, especially in the areas of employment generation, wealth creation, food security and poverty alleviation.

He noted that his administration “is committed to making Ogun State a truly Investors’ First Choice Destination not only in Nigeria, but in the Sub-Sahara Africa,” adding that the geographical location of the state as the gateway to the country and its proximity to Lagos, the fifth largest economy in Africa, puts the state in a vantage position for this aspiration.

“As Ogun State continues to experience influx of companies, we have deliberately considered the interest of our investors the integral part of our master-plan. We have put in place measures as the foundation to drive key policies in our public-private sector partnership strategy, and we are already recording positive results,” he added.

Abiodun stated that his administration has been “consciously improving the state’s ranking on the local and global ease of doing business index so as to promote and encourage local and foreign direct investment in the state.”

He added that his administration as also put in place mechanism for a transparent, accountable revenue collection system to halt multiple taxation, whilst increasing capital expenditure on infrastructural development of roads, energy and information technology.

Abiodun promised to create industrial parks and to “strategically locate them in different parts of the state that will provide 24-hour uninterrupted electricity supply,” which he said would be of immense help for cottage industries in local communities. 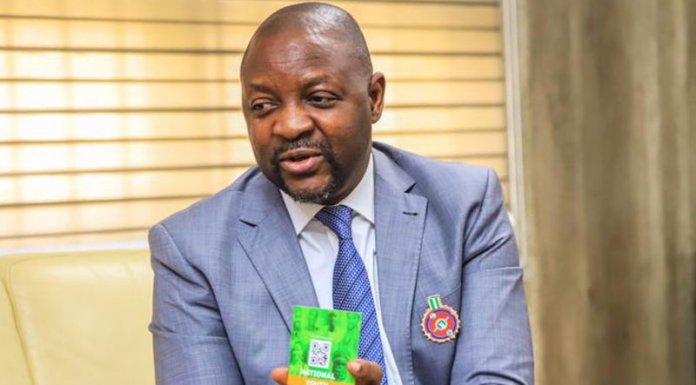