Since the transition from military to civil democratic rule over 20 years ago in 1999, Nigeria’s constitutional democracy has suffered stunted growth. The lofty promises of dividends of democracy in form of improved welfare and security of lives and property of citizens remain unfulfilled.

These unfulfilled promises of quality service delivery in the form of a sustainable mechanism of good governance to the majority of the people by their elected political leadership has led many to question the very relevance of democracy towards the advancement of their socio-economic development. Interestingly, it is not democracy that is irrelevant to Nigeria’s socio-economic development but Nigeria’s unique brand of constitutional democratic rule that is increasingly becoming undemocratic.

In the last 20 years, Nigeria’s constitutional democracy has been greatly undermined by a flawed electoral process which is an anathema to the fundamentals of civil democratic governance as it takes away from the people the power to freely elect their political leadership without inhibition. The progressive retrogression of Nigeria’s political process to a degenerate criminal franchise of power grab by every means possible for self service has succeeded in entrenching a sustained culture of political heist that has rendered democracy prostrate.

Consequently, the political leadership of the Nigerian state at all levels do not necessary enjoy genuine democratic legitimacy as their authority is not conferred on them by the people. It is this stolen mandate that has arrested the socio-economic development of the Nigerian state and its people. To make worse of a bad situation, the power of the people to reward and punish their elected political leadership during Nigeria’s quadrennial electoral cycle is completely taken away from them thereby perpetuating a degenerate leadership status quo, which is averse to public service.

However, there was a successful attempt at reversing this ugly trend between 2011 and 2015 when the Goodluck Jonathan administration embarked on a series of reforms aimed at sanitizing Nigeria’s flawed electoral process into a more credible one. It was the success of this attempt at electoral reforms that resulted into a remarkably improved electoral process, which culminated into the unprecedented loss of then incumbent President Goodluck Jonathan to then opposition candidate Muhammadu Buhari. Nigeria had taking its rightful place as the largest democracy in Africa or so it seemed. Unfortunately, the modest gains of 2015 will be drastically reversed in 2019.

The failure of the Buhari administration to fulfil its change promise of tackling corruption and insecurity as well as improving the economy was very clear on the eve of the 2019 general elections. Having violated the social contract it entered with the people to improve their lives between 2015 and 2019 thereby reducing them to the poorest and most insecure in the world with corruption spiralling out of control, meant alternative route to remain in power by avoiding popular sanction for a disastrous rule. Condemned by both local and international observer groups as falling short of the standards of improved general elections of 2015, the 2019 general elections can best be described as the worst in the 20- year history of the 4th republic.

Characterized by massive rigging by stuffing of ballot boxes, underage voting, widespread violence, vote-buying collectively aided and abetted by a thoroughly compromised electoral management body in concert with an equally compromised security agencies, the 2019 general elections were clearly manipulated to retain the ruling party in power against the popular wishes of the majority of Nigerians.

Arising from widespread dissatisfaction with the 2019 general elections is over 1689 litigations challenging its outcome at all levels and most importantly the presidential election. Already, the major beneficiaries of the great electoral heist that was the 2019 general elections are already behaving like drunken sailors of a fast sinking ship. The current set of Nigeria’s political leadership is buoyed in their bad behaviour by the implicit confidence of a sustained flawed electoral system that shuts out popular participation and removes the power to punish and reward bad or good governance at the ballot from the people. Most importantly, they are encouraged in their bad ways that has shackled the Nigerian state to perpetual regression by a judicial process, which undermines the rule of law.

Whereas, the operating system of a constitutional democracy is hinged on the principles of the rule of law, this has not been the case with Nigeria. Judicial decisions in matters of litigations have often relied more on technicalities rather than on the morality of the rule of law. And whereas, technicalities of the rule of law is shallow as it doesn’t address the subject matter of litigations beyond the letters of the law, morality encapsulates the spirit, intention and persuasion behind the crafting of the letters of the law.

The crafters of the law are imperfect mortals whose efforts may not always fully convey the full import of the spirit, intention and persuasion behind the letters of the law. Unfortunately, dealers in electoral heist have often taken advantage of these imperfections on grounds of technicalities. The exploitation of unintended loopholes in the law to get away with unlawful acts has been greatly aided by adjudications on technicalities. This situation runs contrary to the principles of rule of law, which guarantees equality of every citizen of a constitutional democracy before the law, as adjudication of litigations on technicalities alone makes justice a privilege and not a fundamental human right.

If the judiciary is to live up to its reputation as the last hope of the common man and considering the fundamental importance of credible election to a functional democracy, it should be guided more by the morality of the rule of law and less by its technicalities in adjudicating electoral disputes. The interest of common people in Nigeria is best served in functional constitutional democracy, which gives them power to place and replace their political leadership at their freewill.

That the constitution describes the fundamental duty of the state as the welfare and security of lives of its citizens suggests that all judicial adjudications arising from electoral disputes should be in furtherance of the aforementioned. Giving moral force to judicial adjudications means that litigation in electoral matters must be weighed on the scale of the original intention of the constitution, which is the welfare and security of citizens. Having been widely acknowledged that a flawed electoral process is injurious to socio-economic development of the Nigerian state and its people, a single incidence of electoral malpractice should be considered a violation of the electoral act.

editor - April 7, 2020 3:19 am
1
TUESDAY WITH REUBEN ABATI “Social distancing is a privilege. It means you live in a house large enough to practise it. Hand washing is a... 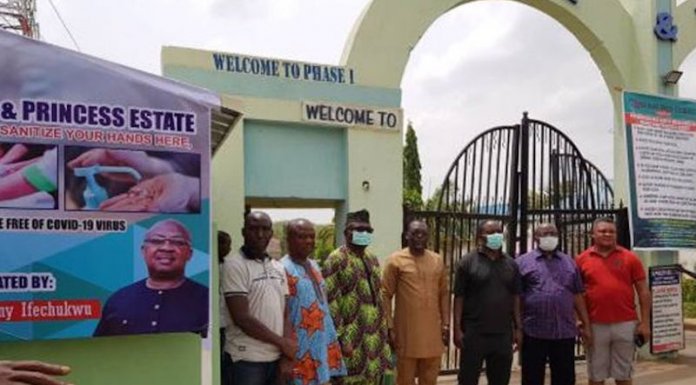