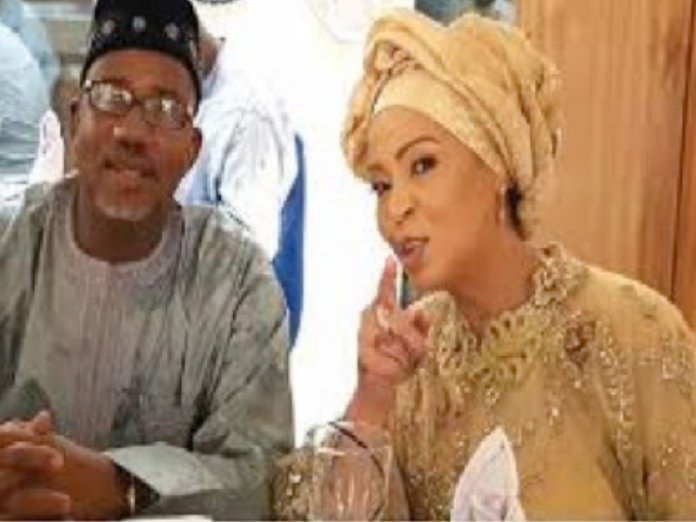 Last weekend, all activities in Bauchi State put on hold by the Sate governor, Bala Mohammed. There was a major achievement that he was about to reveal, and warranted all aides, state commissioners and other public administrator to scamper to the airport and wait in line.

It had to be an important accomplishment, perhaps to coincide with him spending 100 days in office as is the practice sometimes. Maybe the governor was about to reveal plans towards 24-hour power in the state, or free education up to tertiary level.

However, the “pleasant surprise” was covered and had to be escorted to the Bauchi State Government House to be unveiled to rapturous applause and the delight of all.

The 60-year-old Mohammed was presenting his new trophy to his subjects, a second wife that befits his new status, someone to flaunt in the faces of both admirers and detractors alike.

The former senator got married days before in Lagos, but there had to be an official welcome from members of the government because there was nothing better to do. If you’re wondering why the former FCT minister is so excited and decided to celebrate with a new wife, you just need to look back to the days prior to his election as governor.

Mohammed who has been in or around government circles since the turn of the century when he was appointed a senior special assistant to former Bauchi governor, Isa Yuguda, was being charged to court by the Economic and Financial Crimes Commission.

The EFCC had slammed six criminal charges and he was to face a corruption trial arising from alleged land racketeering.

Following months of investigation, Mohammed was first arrested in late 2016 in what anti-graft detectives suspected might have involved up to N1.6 trillion in questionable land allocations around Abuja.

Mohammed was suspected of receiving bribes of N550 million to illegally allocate public properties to Aso Savings Limited. He was also accused of receiving N314 million in separate suspicious payment from Aso Savings.

He was the mortgage banker’s board chairman at the time of the questionable transactions, prosecutors said in court filings. He was subsequently slammed with an initial N864 million fraud and then arraigned on May 10, 2017. He however got bail which he enjoyed until he was elected governor.

Days before his inauguration as governor, the EFCC suspended the multi-billion naira corruption probe, succumbing to a constitutional provision that accords absolute immunity from criminal prosecution to an elected governor.
While his immunity would prevent prosecutors from bringing charges that may arise from further investigations, it would not prevent those investigations from proceeding on their own.

In the meantime, Mohammed can heave a sigh of relief in the knowledge that he is safe for at least, the next four years. What better way to celebrate than to wallow in the embrace of his new trophy wife. 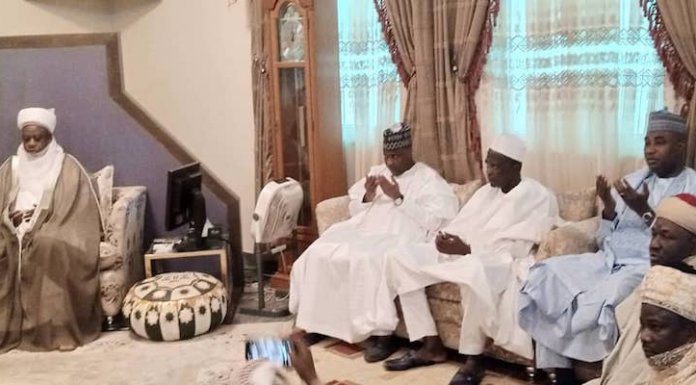