“Seeth thou a man diligent in his business, he shall stand before kings, he shall not stand before mean men.”
Numbers they say, don’t lie! Report cards don´t deceive, rather, they are key indicators of a strong performance; reminding us of what we have done right, where we are now, and how we can do better. Within the last 30 days, Sujimoto Construction has won two outstanding awards.

Speaking with the Managing Director and Chief Executive Officer, Mr. Sijibomi Ogundele, he reiterated how the lessons he learnt in his childhood were instrumental to his success.

According to Ogundele “five (5) years ago, when we started, some said our dreams were too big, our ambitions too grand; but we refused to think small and act local, we chose to think big and act global. By embracing the spirit of possibility, we created our own destiny. We understand that there is no nobility in poverty and to win in today’s economy, one needs an uncommon balance of integrity, creativity and quality. Our sold-out Project, the GiulianoBySujimoto was erected on these tenets. We defied the norm in real estate industry and constructed super terraces with private elevators wrapped in Spanish travertine stones. With our current project, the LucreziaBySujimoto Development, we are suspending villas in the sky and will be the first to adopt the Glass Reinforced Concrete (GRC) for our façade.”

In recognition of the pioneering status of Sujimoto Construction Company in developing and delivering highly sophisticated residential facilities to the Nigerian market and for the adoption of globally approved standards in housing development, the award was meant to distinguish the company and to serve as an impetus for future achievements, according to the organizers.

To emerge as the winner, Sujimoto Construction was screened alongside other eminent and well-respected companies by a jury of recognized foreign and local researchers
It will be recalled that Sujimoto was recently awarded as the Luxury Developer of the Year 2019 at the Nigerian Business Leadership Awards, a globally acknowledged award which is annually hosted by Business Day Newspaper, Africa’s leading business publication.

Ogundele note in his remarks that the same approach of excellence and attention to detail that went into the Giuliano development that earned the company this particular award “saying what we intend to deploy in our new project – The LucreziaBySujimoto”.

According to Mr. Ogundele, this would never have happened without the Sujimoto Team, a brilliant crew that understands that to be needed, you have to be loaded. Dayo an incredible and talented 21 year old Engineer, Vinay; an expatriate that has taken the business like his grandfathers’, the commitment and optimism of Architect Isiak; the unending devotion dedication of Engineer Lamid and Emmanuel; our amiable French Project Manager Djalil, the tenacity of Princess and so many architects, engineers and supervisors are the engine that keeps us firing on – the Sales and Corporate Communications team, whose hard work and dedication keeps taking Sujimoto to the next level.

“To our critics, thank you for all the checks because without them, we would not have pushed ourselves harder.

“Finally, this award gives credence to our firm belief that you might not have a rich uncle or a powerful aunty, but with determination, dedication, and diligence you can achieve your dreams”!

editor - April 3, 2020 2:42 am
8
GUEST COLUMNIST: KINGSLEY MOGHALU “Leadership is not about a title or about a designation. It’s about impact, influence, and inspiration.” – Robin S. Sharma Author of... 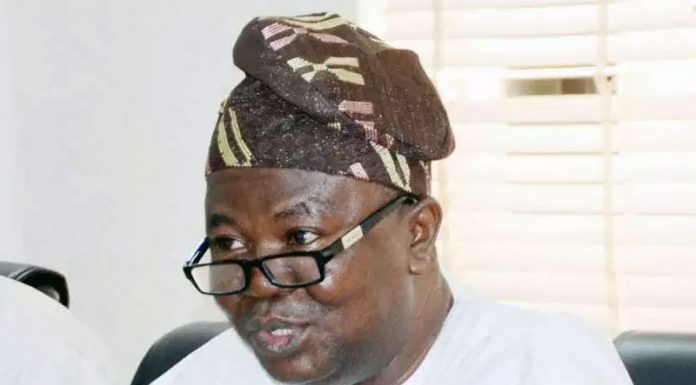