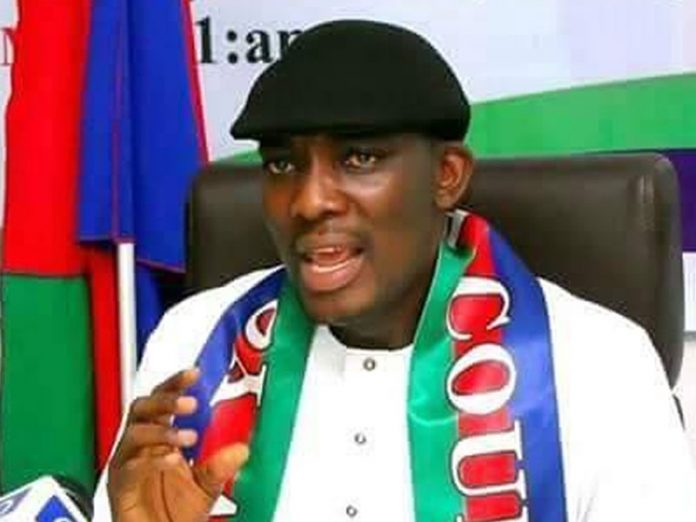 Pioneer president of the Ijaw Youths Council, Dr. Felix Tuodolo, has said that with the appointment of Maxwell Oko as the executive director, Finance and Administration, funds belonging to the  Niger Delta Development Commission (NDDC) would be properly managed.

Tuodolo said in an interview with journalists that Oko, being one of the founding members of the IYC, was aware of the challenges of development of the Niger Delta and noted that with his character and integrity, he would right the wrongs of the past in the NDDC.

Tuodolo who birthed the famous Kaiama Declaration in 1998 said “we  in the struggle in the human rights circle and those struggling for the emancipation of the Niger Delta were very happy to hear the news of the appointment of Maxwell Oko into the NDDC.

“But we are happy when a person who has participated in the struggle gets into office. That person, we know, he knows the pains and suffering of his people and that person tends to do things better than the ordinary man. He pursues his office with the eyes of somebody who is in the struggle. With Maxwell Oko there, who is part and parcel of the struggle, we know that he is going to leave his marks; excellent marks that we will appreciate, that people will talk about. He knows the pains and suffering of our people.”

He lamented that NDDC, over the years, have been a disappointment. “The NDDC has not done what is expected of it by the Niger Delta people. There are one or two things they have done but we have not got it but we don’t blame them too much because most of them that have held position in NDDC have never been partakers in the struggle.

“They have never been participants in the struggle for the development of the Niger Delta. So, when they get there, they do what their masters tell them. That’s why we have not got the best results from the NDDC. More so, it is controlled by external forces. It will even interest you to note that in the NDDC board, you have persons representing north/east, north/west, south/east, South/west and so on.

“So, it’s not even purely a Niger Delta affair. It’s unfortunate. When you go to boards in the north and other parts, you don’t see the representation of the south or the Niger Delta. But when it comes to our own, because they want to control us, you see their representation in our boards and those persons are very powerful persons, being part of our boards.

“So, we have not got there but the struggle continues. One day, we will get there. With people who have been in the struggle now holding positions, we know that there will be some dividends we know they can impart. We had actually wished that Maxwell Oko was the MD instead of the Executive Director of Finance and Administration.

“Though the EDFA is a member of the board and very influential too but he won’t have final say on so many issues. He will only do his best but we know that because he is one of us, he will do well.”

Tuodolo also listed his expectations from the new NDDC director. He said “we want Oko to be focused in the new appointment he is to take up. He should remove politics from the assignment he is to carry out. Some of the things that have affected us is the politicisation of our development. He should depoliticize his position and work to represent his people, the Bayelsans, the Ijaw people and the Niger Delta as a whole.