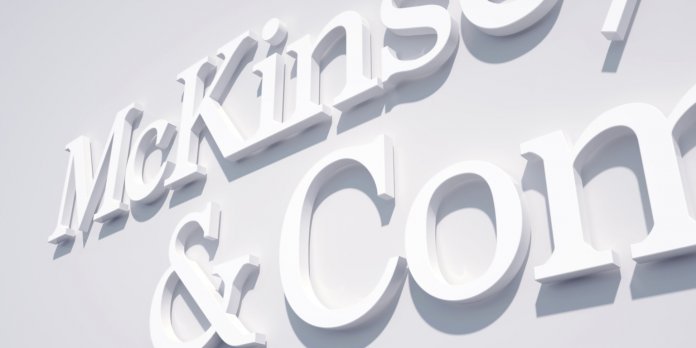 The decision by the Central Bank of Nigeria and the Bankers’ Committee to introduce a clause in all offer letters and loan agreements, whereby a borrower undertakes that upon taking a loan, he would repay within the agreed period, will stimulate consumer credit, writes Obinna Chima

A report by McKinsey & Co, a global management consulting firm, had stated that Nigeria has the potential to be one of the world’s top 20 economies by 2030, with a consumer base that will exceed the current population of France and Germany.
It had also noted that sales of consumer goods in the country may more than triple to almost $1 trillion by 2030.

“In addition, we estimate that nearly 120 million Nigerians could move above the empowerment line and 70 million could be lifted out of poverty if growth can be made more inclusive than it has been,” the report added.

This clearly shows that there is a huge opportunity for consumer lending in Nigeria. Individuals and households in Nigeria remain largely under-leveraged.

Consumer lending also offers growth opportunity for banks to increase their profitability.
The total value of consumer credit disbursed by commercial banks increased from N632.71 billion recorded in December 2018 to N753.85 billion as at June.

A member of the Central Bank of Nigeria (CBN) Monetary Policy Committee (MPC), Prof. Adeola Adenikinju, who revealed this, said the amount increased from N747.88 billion as of May 2019, to N753.85 billion as at June, in his personal comment at the July MPC.
This, however, represented a significant increase by 19 per cent or N121 million, compared with the N632.71 billion recorded in December 2018.

Overall, personal loans accounted for 4.88 per cent of total industry lending in June 2019.
Adenikinju had explained: “While this is a positive development, current and proposed measures by the monetary authorities should help to boost this ratio significantly.

“Analysis of the monthly trend in credit to real estate, shows that there is a need for both an increase in the overall share of the loan going to this potentially high employment generation and domestic-oriented sector, as
well as rebalancing of the credit going to the sector between the supply and the demand sides of the market.”
But considering the country’s large population, the opportunities for consumer lending are huge. Nigeria is the largest economy in Africa with a large youth population.

Lever for Consumer Lending
Therefore, in line with the commitment of the Governor of the Central Bank of Nigeria (CBN), Mr. Godwin Emefiele, to ramp up activities in the Nigerian economy, as stated in his 5-year plan, the central bank has continued to unfold measures to ensure that banks do more consumer lending, mortgage and micro, small and medium scale enterprises’ (MSMEs) lending

Part of this was Monday’s introduction of a clause that would be in all offer letters and loan agreements, where a borrower warrants that upon taking a loan, he would repay within the agreed period. However, if for any reason he defaults in repaying, with the aid of his Bank Verification Number and Tax Identification Number, the CBN will scan the banking system to seize his deposit in any bank for loan repayment.

The new measure is also expected to address concerns of non-performing loans in the banking sector and encourage banks to lend more, accelerate consumer demand, improve manufacturing output and productivity and translate into a positive Gross Domestic Product (GDP) for the nation.

Speaking at the 345th Bankers’ Committee meeting, CBN Deputy Governor, Financial System Stability, Mrs. Aisha Ahmad, said the initiative would aid economic growth.
She said the apex bank understood banks’ reluctance to increase credit to SMEs, retail, and mortgage sectors because of customers that had either wilfully or otherwise, refused to repay their loans.

“And so we have come up with a new clause that we will be including in the offer letters that we will be granting going forward,” she said, adding: “It is important to also remind us of the pronouncement we made to banks that by September 30 of this year, we should have grown the loan deposit ratio to 60 per cent for those that were below and by the time we made this pronouncement the industry was at around 57 per cent.”

She said if all the banks met this requirement, the apex bank would have about a trillion added to their credit balance.
Ahmad said the CBN was looking at the challenges and factors affecting the banks’ ability and willingness to lend, explaining that the new move would be a credit risk protection clause that would be in all offer letters going forward.

“If you take a loan from a bank, the bank normally has a clause to repay your loan from all the assets you have in banks, so this is just extending it across the industry,” Ahmad further explained, stating: “We think that there are honest Nigerians out there that are ready to take loans and repay their loans, however, the few that wilfully do not pay are actually affecting others to have access to this credit.”

She said she was very optimistic that the new clause would enable the banks to lend more with more confidence and enable more Nigerians, in particular those in the MSM’s retail sector to get access.
Also, the Director, Banking Supervision Department, CBN, Mr. Ahmed Abdullahi, explained that the new clause had to be introduced to stem banks’ risk aversion and encourage them to increase their loan books to fulfil the apex bank’s LDR of 60 per cent.

“A main clause has now been developed in the system whereby all new loans that are coming on board have to have a BVN that would clearly identify the individual,” he stated and added: “Secondly, that there would be a clause whereby the borrower would have to sign an agreement that if for any reason that there is default of that particular loan, the bank has the right to set off the amount available in the industry.”

The Managing Director/ Chief Executive Officer Guaranty Trust Bank, Mr. Segun Agbaje, said efforts were being intensified to make the economy to push retail and consumer lending.
“Banks have started giving advance to salary earners and short term salary advances, but one of the things the Central Bank wants to promote is consumer credit, where you start to get loans to buy cars, where supermarkets start to extend credits and an incentive to help the banks,” he said.

Throwing more light on the new measure expected to boost consumer lending, a bank chief executive who was at the meeting, but preferred to remain anonymous, said: “With what we have done, a bank customer that wants to buy a television, a house or to do business, by signing the offer letter that includes that clause, he or she is saying that he is guaranteeing that he will repay the loan.

“So, if for any reason I default on the loan, abandon it and go to another bank to start a new relationship and I start depositing money in the new bank, the central bank would identify that as a default and will now scan the banking industry using the customer’s BVN or TIN, to find out wherever that customer has money.

“So, the money would be used to settle the customer’s loans in the bank that he ran away from.
“This is expected to encourage banks to lend. The CBN and the banks are trying to get people to leverage themselves, so as to boost credit and spur consumer demand. When it spurs consumer demand, manufacturing output would go up, more factories would now go into the production of those items and that would translate into higher Gross Domestic Product (GDP) for the country.
The CBN recently directed commercial banks to maintain a minimum Loan to Deposit Ratio (LDR) of 60 per cent effective from September 30, 2019.

The new LDR is lower than the 80 per cent it was previously.
The Head of Research and Strategy at FSDH Merchant Bank, Mr. Ayodele Akinwunmi, told
The LDR is used to assess a bank’s liquidity by comparing a bank’s total loans to its total deposit.

If a bank’s LDR is too high, it may affect its liquidity level and ability to lend.
CBN said in the letter to the banks that the new LDR would be subject to quarterly review.
“To encourage SMEs, retail, mortgage and consumer lending, these sectors shall be assigned a weight of 150 per cent in computing the LDR for this purpose. The CBN shall provide a framework for classification of enterprises/businesses that fall under these categories.

“Failure to meet the above minimum LDR by the specified date shall result in a levy of additional Cash Reserve Requirement equal to 50 per cent of the lending shortfall of the target LDR. The CBN shall continue to review development in the market with a view to facilitating greater investment in the real sector of the Nigerian economy,” it said.

However, while measures by the central bank to encourage commercial banks are commendable, the fiscal authorities need to address structural challenges in the economy so as to promote greater bank intermediation and unlock credit flows to under-leveraged individuals and households. 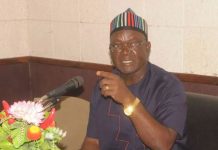