THE PUNCH of March 10 disseminated two infantile goofs: “Unknown gunmen kidnap varsity VC in A’Ibom” When will Nigerian journalists desist from using this cliché: “unknown gunmen”? Just say, ‘gunmen’! And this: “varsity VC”! My dear reader, how does it sound to your ears? A rewrite: Gunmen kidnap VC in Akwa Ibom

“Why spend 6 years for a 4 year course?” (Advertorial in THISDAY of March 9) Electioneering: 4-year course. Punctuation marks mean so much in communication, most especially when the issue is scholarship.

“To diffuse tension, Cottone says, discuss money and expectations up front (everything from paying rent to doing chores).” (THE GUARDIAN Homes & Property on Wednesday, March 2) There is a world of difference between ‘defuse’, which should apply here, and ‘diffuse’ (which means another thing entirely)!

“2020 Polls: We won’t use lethal weapons, says Police” (Vanguard Headline, March 4) Towards a better life for the people: say Police.

“He saw no difficulty in re-establishing cordial relations again.” (THE PUNCH, March 9) Millennium wisdom: delete the last word in the extract.

“The corrupt politician was received from Kirikiri Maximum Prisons with celebration, pomp and pageantry.” Get it right: pomp and ceremony, pomp and circumstance or just pomp.

“Yet these were the heydays of the Cold War but he remained fixed to his ideas, never intimidated by the West nor frightened by the East.” Remembering Julius Nyerere: heyday (uncountable)

DAILY SUN of March 9 played politics with the English language on two occasions: “He says he was merely fulfilling a promise he made during his electioneering campaigns.” Zamfara of yore: get a good dictionary and thereafter yank off ‘campaigns’, which is encapsulated in ‘electioneering’.

“…the fire can, and often does, turn into a mighty conflagration capable of destroying and consuming all that it meets on the way”.  You can now see why we need standard reference books: is there a small conflagration? This inexplicable abuse of words must stop.

“His reasons bordered on a personal aversion for (to) charlantry” (THE NATION, March 9)

“…their counsels and the judge so that people are not….” This way: ‘counsel’ is uncountable.

“What is (are) the police doing to investigate the case?”

“Who is paying the piper, dictating (calling) the tunes of the graffiti on the walls (sic)?”

“Under normal circumstances, either of these two men can represent….” (Vanguard, March 9) By the way: either cannot imply any other thing beyond ‘two’.  So, avoid lexical blackmail.

“We need people of unalloyed intergrity in positions of trust.” Spell-check: integrity.

“Though this dichotomy has endured for quite sometime now….” Politics today: some time (distinct from sometime).

“The Academic Staff Union of Universities (ASUU) have persistently called attention to….” The union…has (not have).

“If after having being duely (duly) informed of.…”

“True, the treatment meted to (meted out to) detainees and ex-convicts, especially politicians like the recently released ‘Lagos boy’, depends, to a great extent, on the financial or social status of the prisoner.”

“If what the campaigners are doing is allowed to succeed, precedence (a precedent) would have been set.”

“…he had always shy (shied) away from politics but always manage (managed) to find himself in politics.”

THE GUARDIAN of March 9 offered two unpardonable and extremely vexatious gaffes. “To round up the visit was the trip to the New Place, the site of the house where Shakespeare died. “ Get it right: round off (not round up).

”…the production was heavily spiced with new innovations which, however, still retained its original flavours.” ‘New innovations’ sounds illogical.  An innovation cannot be old, relatively speaking. What do you think?

editor - April 8, 2020 3:22 am
8
THE HORIZON BY KAYODE KOMOLAFE  Before the coronavirus crisis, advocates of a better funding of the healthcare sector were often told to temper their expectations. The... 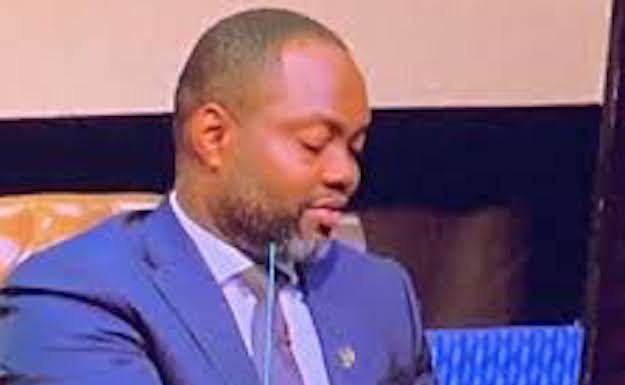