A Coalition of Northern Groups (CNG) wednesday in Kaduna insisted that the north would not participate in the #RevolutionNow protest against the administration of President Muhammadu Buhari.

Reacting to the statement credited to the Joint Northern Action Front (JONAF), which on Sunday disclosed that plans were already in place for the north to join the Omoyele Sowole-led protest, CNG said the north could not participate in such a protest aimed at “overthrowing the current democratic government of the Federal Republic of Nigeria.”

JONAF, in a statement, had said it was set to join the protest and plans were underway to mobilise its members in at least four northern states this week to join other progressives who are protesting against the All Progressives Congress (APC) and President Muhammadu Buhari’s inability to tackle the socio-economic impasse in the country, especially the insecurity.

But addressing newsmen wednesday at Arewa House in Kaduna, CNG spokesman, Abdul-Azeez Suleiman, insisted that the north would not join the protest.

“The #RevolutionNow was politely rejected by the people in the north in view of its pronounced sinister intention of forcefully overthrowing the current democratic government of the Federal Republic of Nigeria.

“It is therefore surprising and suspicious that any group of people should, for any intent and purpose, attempt to resurrect the dead revolution particularly in the north,” Abdul-Azeez said.

The spokesman also alleged that a northern governor was behind the protest in the north, adding that they might be forced to expose him.

Abdul-Azeez added: “We wish to remind the north of the expedience to retain its position as the bulwark of respect, integrity, dignity, decorum, tradition, decency, morality, civilisation, etiquette, good behaviour, politeness, accommodation, and other positive traits that include civil approach to every situation.

“The fact that in spite of the studied and dignified reserve of the north and refusal by its people to engage in the destructive move to overthrow a democratic government in the guise of a revolution, fresh attempts are now being made to mislead the region into embarking on a journey without knowing the actual destination. This gives room for serious concerns.

“It is observed that without the slightest hint at addressing national grievances, these planned protests only aim is to promote the mischievous 2023 political agenda of certain northern politicians by scape-goating other individuals.

“While the nation is generally convinced about the existence of a certain cabal with ample influence on President Buhari and his policies, we nevertheless believe that it should not be made the key focus for the calls to violent confrontation as suggested by organisers of the #RevolutionNow protest.

“CNG specifically suspects a certain serving governor of one of the north-west states of masterminding the proposed northern version of the #RevolutionNow as well as the anti-cabal protests held earlier to bring about chaos to avenge his loss in a bid to be made a principal officer in the presidency.

“We therefore see the planned agitations and disturbances as part of a wider agenda aimed at causing instability in order to call for a change of structure in the presidency to suit the plan of this governor by whatever means and tactics.

“We advise the north-west governor involved in this unpatriotic plan to desist and call off the plans forthwith, otherwise we would not hesitate to expose him and his mischievous plans.

“To our brothers who are misled into accepting to be part of the dangerous agitations, we urge more patriotism on their part and ask them to reconsider their position, keeping in mind how Libya was brought to its present situation,” the CNG spokesman said. 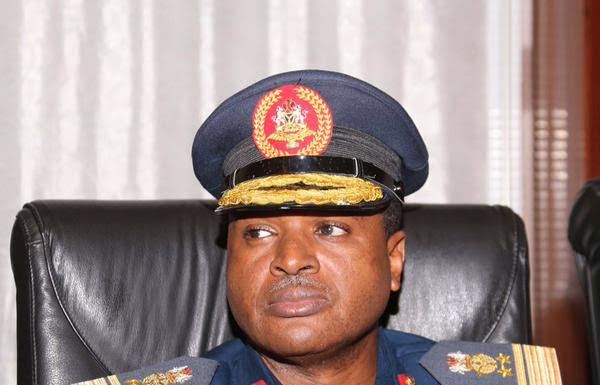 Challenge of Relocating of Aviation Agencies to Abuja

Soon, Trump Will Blame Obama for the Coronavirus