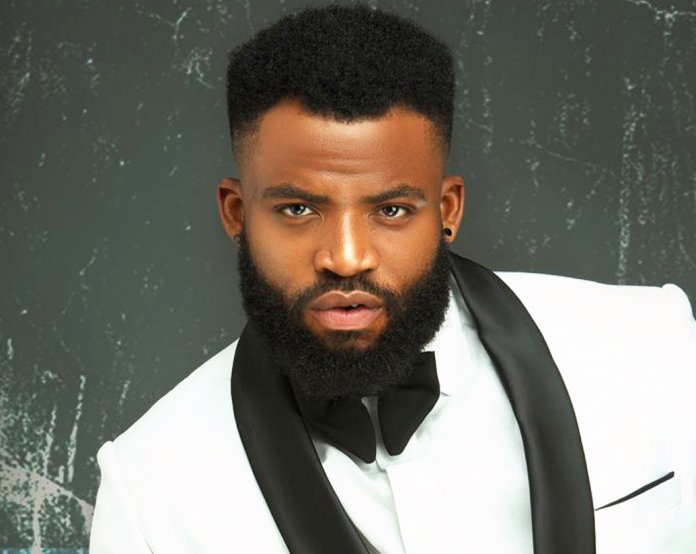 While several actors gradually find their space in Nollywood, Cameroonian-raised Stephen Damian entered with a bang featuring in A-list movies like Wedding Party, Mad about You, Tatu, Disguise and Washerman, among others. The 6.2’’ tall actor, voiceover artiste and model shares his passion about the craft and why he chooses acting over his university degree in mathematics, with Chinedu Ibeabuchi

Why a career in acting after an education in Mathematics? Many people run away from Maths. What propelled you to studying it?

Acting has been my passion and it makes me happy. I only studied Mathematics in the University of Benin because I had no choice. I applied for Chemical Engineering but was giving Mathematics. I got tired of staying at home. So, I went on with it.

You once lived in Cameroon, comparing their movie industry with ours, which is more developed or embraced?

Nigeria entertainment is more developed and it’s a toast across Africa.

Aside acting, you now produce your own films, tell us about your latest works

The dream of every actor is to also produce a film. My latest is Tug produced by me and directed by Charles Uwagbai. It’s a romantic comedy that will tickle the fancy of fans. The storyline is top-notch with amazing cinematography and captivating performances

As a fast rising actor, what are those challenges you feel the industry needs to improve on?

One is the funding aspect of it.The industry needs more stakeholders to invest in it; for instance, building more cinemas.

The reason Hollywood makes a lot of money is because they have a lot of stakeholders investing in the sector, though Hollywood has been in existence decades before Nollywood.

We have capable hands in this country that can do same by investing in the movie industry like building more cinemas to make it more accessible to people to go watch our movies.

Each locality should have a cinema and when they do that, they can bring down the price so that more people can afford Nigerian movies.

There is need for government policy also that will protect and incentivise the film maker. Currently, we don’t have such laws targeted primarily at growing the industry other than law against piracy.

Piracy is a big crime everywhere in the world and we face that every day in Nollywood. Pirates are living on another man’s sweat. Government needs to crackdown so hard on this crime.

I like to keep it simple, casual but classy

How do you relax?

When I am not working, I love watching movies and playing video games

Who is your role model in the industry and why?

Pete Edochie is my role model. He’s amazing. He is my greatest of all time. And other than his performances, I highly respect the fact that he is very culture oriented, especially the Igbo culture where I hail from.

Would you say acting is rewarding or you are just using it as a past time?

Yes, acting is very rewarding. The exposure is massive and of course it does more than paying the bills

Looking back, what are you most grateful for?

I am really grateful for the exposure. It’s overwhelming. It’s something that I am really proud of. I have learnt so much in the field as an actor.