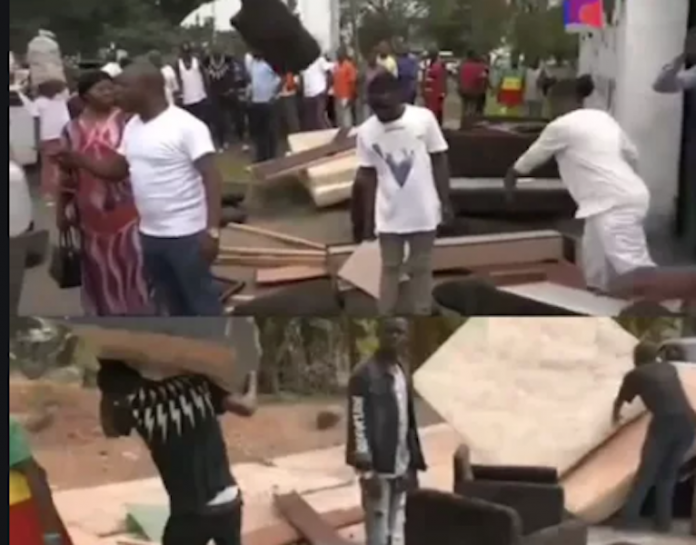 The Congolese government has ejected the Nigerian Ambassador, Mr Ibim Nkem Charles, and other diplomats in the country from their office.

A viral video circulating on social media showed the Nigerian embassy building in Congo being locked up by the Congolese government.

In the video, properties belonging to the Nigerian Embassy were thrown out of the building.

As at the time of this report, it is still unknown why such measure was meted out against the Nigerian Embassy in the country.

Nigerians living in South Africa, Ghana and Togo have recently been attacked to the extent of some been killed.

The federal government had issued a warning to Ghana and Togo to stop attacking Nigerians in their countries.

The Chairman of the Nigerian Diaspora Commission (NIDCOM), Mrs Abike Dabiri-Erewa, had issued the warning in June after she met with President Muhammadu Buhari on the matter.

Dabiri-Erewa called on the foreign countries to protect Nigerians the same way the lives of their nationals were safeguarded in Nigeria. (NAN)