The governor and the deputy for some time now have been having a cold war which has seemingly paralysed the office of the deputy governor in the last three years.

However, yesterday, the Majority Leader of the assembly, Hon. Abdullahi Bello of the All Progressives Congress (APC), representing Ajaokuta state constituency, read the petition for the removal before lawmakers on the floor of the assembly.

The lawmakers, however, hastened their petition on three grounds of criminal indulgence, financial misappropriation and non-performance.

The majority leader, who affirmed that 21 out of the 25 lawmakers signed the petition, said the allegations, actions and utterances of the deputy governor amounted to gross misconduct.

He cited Section 188 of 1999 Constitution, and thereafter, prayed the assembly to commence investigation towards the move to remove the deputy governor.

The assembly Speaker, Kolawole Matthew, agreed to the prayers in the petition, and asked that the petition be served on the deputy governor to respond within the 14-day time frame of the law.

Achuba, last week, at a press conference, had alleged that his life was in danger.

According to him, from all information available to him, he suspected strongly that the governor had mobilised his government to attack him.

He said: “This I want to put to the public and also draw the attention of the Inspector General of Police (IG), the Director of State Security Service and other law enforcement agents that if anything happens to me and my family or any of my staff, the governor should be held responsible.

“You cannot by force continue to rule a people you are called to serve, and it is on this note that I want to appeal to law enforcement agents and the President of the Federal Republic of Nigeria to beam his light on Kogi State because of the level of insecurity currently affecting the state.

“The insecurity in the state today and the fear of the people of the state is not about arm robbery, it’s not even about kidnapping anymore or ritual killing, rather, it is about the gunmen of the governor who terrorise the public without restraint.”

Achuba noted that as a deputy governor, he has been traveling for the past two years since 2017 but the governor has refused to pay him his allowances.

“My salary is N385, 000. How can the governor assumed that I could run the office of the deputy governor if there are no other money aside my salary?

“If you have been given the opportunity to serve at any level and you are exhibiting behaviour like this, how do you expect people to describe you after you leave office?” he asked.

He lamented that his problem with the governor started right from the inception of the administration when he (the governor) failed to pay workers their salary.

The deputy governor said his position was that salary should be paid to workers because they work for it, but unfortunately, despite the large money Bello’s administration was getting, he refused to pay workers their salary.

He also alleged that in the last three years, the governor cannot point at any single project embarked upon by his administration.

“Leaders should not be a master who boost; you should be a leader who is ready to serve the people. I believe that whoever has the opportunity to be a governor should be humble in all honesty and not going about fighting people even when the fight is unnecessary and avoidable,” he said.

Meanwhile, Kogi Patriotic Group has berated the impending decision of the state House Assembly to remove the deputy governor over his revelation of corrupt practices in the state.

A statement by the spokesperson of the group, Abdul Abdul, issued yesterday described the decision of the assembly members to embark on “such undemocratic act as an evidence of rubber stamp and working with the state government to perpetrate corrupt tendencies.”

He said the state lawmakers, rather than embark on investigation of the grievous allegations of financial misappropriation against the state government, has resorted to witch-hunting the deputy governor against the corrupt tendencies of the state and its officials.

Abdul alleged that the decision of the state lawmakers was in line with their plans to install the governor’s Chief of Staff as the deputy governor so as to create immunity to unleash the thuggery activities on the people of the state.

He urged the lawmakers not to embark on such “illegality capable of overheating the polity towards the November governorship election in the state.”

Abdul alleged that the action of the lawmakers was a glaring collusion with the state government, having under played their oversight functions of scrutinising the books of the state, and therefore creating room for wanton fraud and financial profligacy.

He described the lawmakers as inexperienced set of people, “who are only interested in their personal welfare rather than the state and its people.”

Abdul, therefore, advised the deputy governor, Simon to immediately proceed to the court to halt the current move at removing him from office. 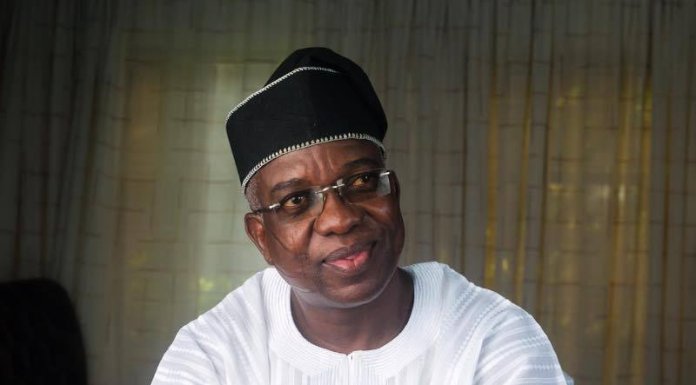