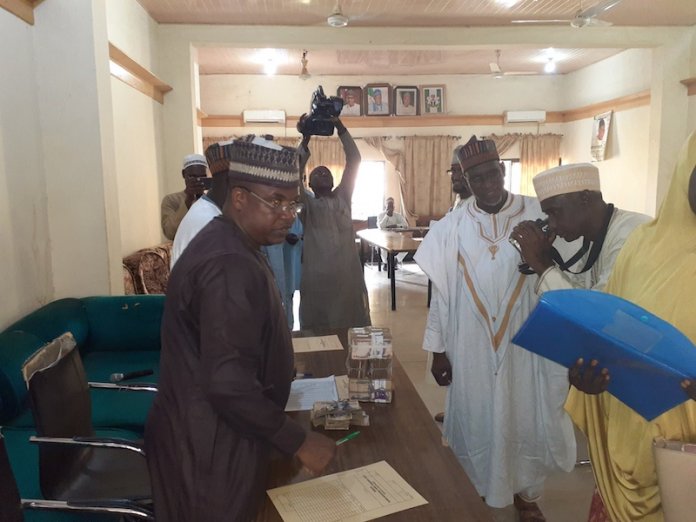 The Katsina State Government has commenced the payment of N20,000 stipend for July to 867 beneficiaries of the S-power programme who are teaching in primary schools across the 34 local government areas of the state, amounting to a whooping sum of N29 million.

The S-power scheme is the job creation programme of Governor Aminu Bello Masari aimed at engaging the teeming numbers of unemployed graduates from tertiary institutions across the state.

The 5,000 graduates employed for the programme by the present administration in the state were given assignments that would help to tackle the issue of manpower in schools, hospitals and other communities.

Speaking at the flag-off of the payment in Katsina Thursday, the Executive Chairman of the State Universal Basic Education Board (SUSBEB), Alhaji Lawal Buhari Daura, said all successful verified beneficiaries who have provided their bank accounts were being processed for payment.

The SUBEB chairman reaffirmed that the state government employed 5,000 graduates under the S-power programme, adding that out of the 5,000 beneficiaries, the state governor approved the appointment of 867 of them as permanent and pensionable workers.

According to him, Governor Masari has approved the payment of three months been owed the beneficiaries “but only July salary” was released to the board by the Ministry of Local Government for payment.

“The governor has given approval to pay them three months but the problem is that the money is not with us, it is with the Ministry of Local Government and is the ministry that is going to give us the money but the ministry gave us only for the month of July. The remaining two months they say it will be given later,” Daura said.

He said that the arrears of May and June would be paid immediately after the Sallah break and urged the beneficiaries to be patient with government and take their primary assignments seriously as reward awaits those who are dedicated and committed to duty.