The Inter Party Advisory Council (IPAC) has approved a new code of conduct that makes it mandatory for all political parties in the country to set aside at least 35 percent of all the elective offices for women.

The revised code of conduct, which was sign by all the political parties at a ceremony in Abuja yesterday, also provided measures to monitor and discipline any political parties that defaults as well as to ensure less inter-party rancour.

Addressing chairmen of the parties, the National Chairman of IPAC, Mr. Peter Ameh, said the reason for the review of the council’s code of conduct was to correct the anomalies observed in the operations of IPAC and member political parties.

He said part of things that IPAC tried to put straight in the new rule book is the unilateral adoption of candidates during elections by some state chapters of the council.

According to him, “For the first time, and in order to further deepen women and youths’ participation in the democratic dispensation, IPAC has now adopted in its code of conduct, the United Nations Charter on women inclusion in political appointment and election.

“Also to deepen youth participation, we have decided to designate focal person that will now act as the National Youth Adviser to advise on how to protect the interest of youths in our political parties.”

Ameh stated that the idea behind the new code of conduct was to strengthen political party culture in the country and to help develop the much needed ideological leanings among the political parties.

On its part, one of the co-conveners of the Nigeria Civil Society Situation Room, Esther Uluoma, said the group decided to assist IPAC in undertaking the review of its code of conduct based on its belief that strengthening political parties would help consolidate the country’s democracy.

Explaining some of the major aspects of the new rules, the Chairman of the Code of Conduct Committee, who reviewed the rules, Mr. Emeka Okengwu, said the most important aspect of the code document is that it now has proper systems of discipline at the inter-party levels and that the code of conduct is inclusive.

“Inclusive in the sense that it has special sections for women, especially with regard to the 35 percent affirmative action on women which is listed clearly in the document.

“There is a special mention of people who are living with disabilities as well as the youths. To this extent, the new document has also provided for National Gender Policy Adviser.

“It has provided for directorate of people living with disabilities, and has given 35 percent to women affirmative action to enable women take part in elective positions in the country,” he said.

Part of the content of the new code states that the IPAC national chairman will now be addressed as ‘IPAC President’ whose tenure will be for only one year.

Okengwu added that the code is binding on IPAC and political parties.

While commending the leadership of IPAC and political party leaders for working to improve on its code of conduct, the INEC National Commissioner, Prof. Anthonia Simbine, expressed the hope that the rule adopted by them would help create inter-party harmony and further the cause of democracy in the country. 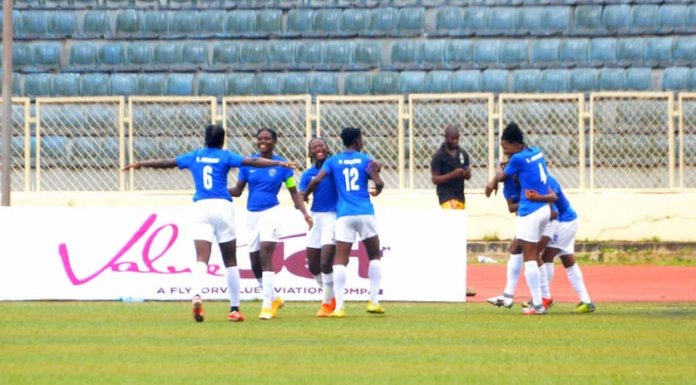