The Group Managing Director of the Nigerian National Petroleum Corporation (NNPC), Malam Mele Kyari, has said that it is a shame that Nigeria remained a net importer of petroleum products.

Kyari said this at the opening of the 2019 annual conference and exhibition organised by the Society of Petroleum Engineers on Monday in Lagos.

He, however, promised to fix the country’s refining challenges.

The theme of the conference is “Artificial Intelligence, Big Data and Mobile Technology: Changing the Future of the Energy Industry.”

According to the NNPC boss, NNPC is challenged by the reality of its environment as the refineries are not operating optimally.

“Today, we are net importer of petroleum products which is a very big shame for us as a nation.

“And as for professionals, we can’t give any excuses, but today it’s a shame that this country is net importer of petroleum, but we are going to change that.

“NNPC is going to get its house together to fix the refineries. We want to make the refineries functional with at least 90 per cent capacity.

“Also, we want to support those who have the initiatives on refinery, and providing fiscal regime,’’ he said.

Kyari vowed to reverse the trend of petroleum products importation in the country by rehabilitating the existing refineries and encouraging private sector investment in the sub-sector.

Acvording to him, “We must end the trend of fuel importation as an oil producing country. We will deliver on the rehabilitation of the four refineries within the life of this administration and support the private sector to build refineries.

“We will support the Dangote Refinery to come on stream on schedule. We will transform Nigeria into a net exporter of petroleum products.’’

He said the age-old federal government’s target of raising crude oil production and reserves to three million barrels per day and 40 billion barrels, respectively was possible.

Kyari also said he would galvanise the corporation to achieve the target by 2023.

He said that there was no drought of artificial intelligence and big data which remained the issues today, which nobody could dispute.

“This time we are determined, we will work together with stakeholders so that we will deliver on the mandate.

“We will ensure that the business environment is clearly diversified. Today, we have issues around fascia regime about contractual challenges which we promised to address.

“We must all work together as stakeholders in the oil and gas industry to bring up the appropriate legislation on the table.

“As you all know that since 1999 till date, effort to get the Petroleum Industry Bill (PIB) passed into law has not worked and this is a big challenge and disappointment for all of us,’’ Kyari said.

Yemi-Esan said this showed due to the proliferation of new technologies where operators met the challenge of digital technologies.

She said the conference would not have been better discussed than today, adding that it was important to emphasise that stakeholder should not lose sight of the concept of the artificial intelligence.

The permanent secretary said that the artificial intelligence was assisting people in making accurate decision from the created intelligence.

“I am encouraging you all to collaborate to bridge the skill gap required for effective utilisation of artificial intelligence.

“This, especially, in terms of policies and regulatory level since it is the bedrock for operators and other stakeholders can build on,” she said.

She urged business leaders in the oil and gas industry to embrace artificial intelligence and learn from those who had succeeded and invested in the technology.

With these enhanced automation, Shakur said: “The DPR can be able to track production, track the movement of that production and the series of I.T based platforms and interventions can conveniently take the agency into the next foray of how oil companies and oil operations in the country should run.’’

He said there were few interventions like the National Production Monitoring System (NPMS) whose focus included using online to gather data.

The director said the DPR was now able to track online/real time data of the country’s productions.

“The fields are largely tracked online and now the agency can actually feed the nation on what is actual production and from which fields and what is the volume and also identify if there are leakages.

“The COLT is basically tracking of crude oil and LNG and not just to produce, but to know where it is going to,” he said. (NAN) 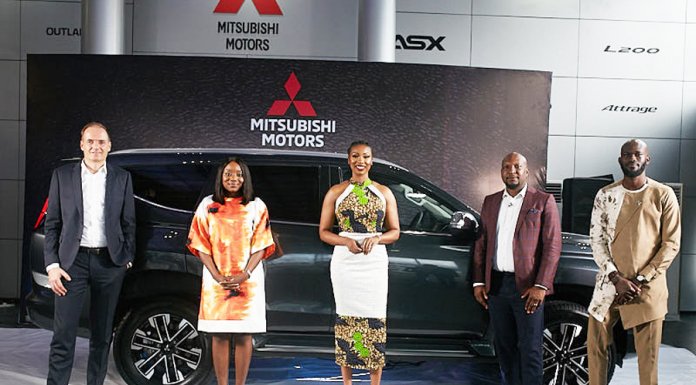 Femi Otedola Makes the List of 100 Most Reputable Africans