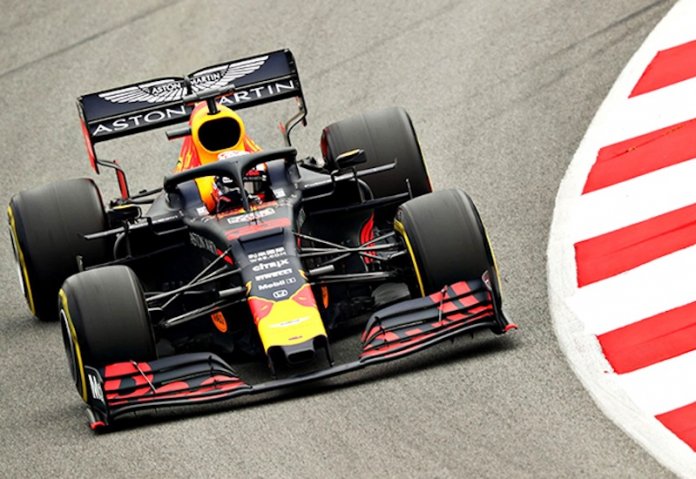 The Dutchman beat Valtteri Bottas’ Mercedes by 0.018 seconds, with Lewis Hamilton third and Ferrari’s Charles Leclerc and Sebastian Vettel next.

Verstappen was 0.9secs quicker than team-mate Pierre Gasly in sixth. And there were outstanding performances from British rookies Lando Norris and George Russell in seventh and 16th.

Verstappen’s pole has been a long time coming in his fifth season, but it came in style. The 21-year-old, who has won two of the past three races, was quickest on both runs in final qualifying and improved by 0.4secs on his last run to fend off a great effort by Bottas.

Verstappen said: “It feels good but the whole weekend the car was very competitive. It’s always a question how it will work out in qualifying where we know Mercedes can turn up a bit more power. But the car was incredible, it was really enjoyable to drive.

“To get your first pole is very nice but what happens on Sunday (today) is what counts. I knew it was a matter of time. I made mistakes as well to miss a pole shot. Today we finally got it.”

Bottas improved by even more on his final lap – knocking more than 0.5secs off his previous best to come so close to pole.

The result was cheered mightily by the thousands of Dutch fans wearing orange T-shirts who now seem to follow Verstappen to every European race.

Hamilton was 0.197secs off the pace in third, but is optimistic of a strong race, especially as there is a long run down to the first corner and the even-numbered side of the grid, where Bottas will start, is traditionally more slippery.

“It kind of got away from me a little bit in qualifying but we are in a good position to fight for the win and we will be pushing hard,” Hamilton said.

Ferrari have not quite been on the pace in Hungary, the tight and twisty circuit not favouring their car, which lacks downforce compared to the Mercedes and Red Bull.

Leclerc escaped a crash in the first qualifying session, which left him with light damage to the rear of his car, to edge out Vettel by 0.028secs. The 21-year-old was 0.471secs off pole position.

Leclerc had lost control in the final corner in the middle of the first session, damaging his rear wing.

It looked for a while as if his session might be over, but Ferrari were able to replace his rear wing in time to get him out in the second session.