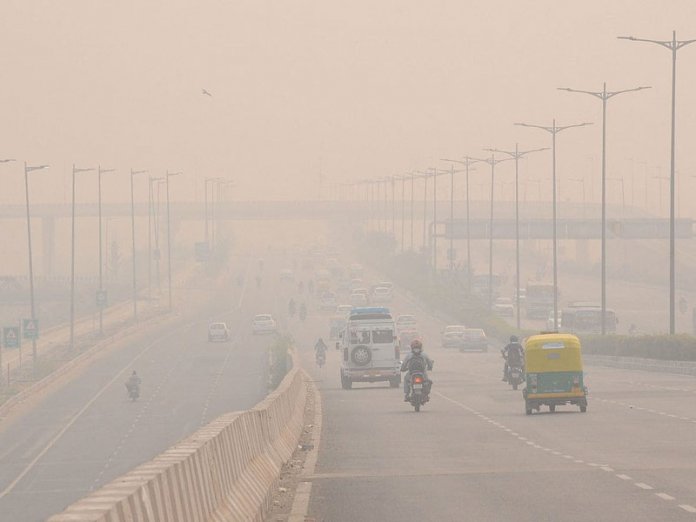 “Pollution should never be the price of prosperity.” (Al Gore, 45th Vice President of the U.S.)

Arriving Nigeria a few years after a foreign sojourn to be confronted by black dust and a distasteful odor in Port Harcourt was a rude awakening. I initially ascribed my perennially blackened soles to residue in flooring, although an improbable explanation. But a brief break and return to windows, floors, curtains and tables submerged in black dust, underlined the seriousness of the nuisance in the air.

Periodically in Port Harcourt, a thick black haze rising to the skies is visible. Black soot settles on everything and is inhaled by everyone, as evidenced by black particles in nostrils, and throat soreness. No one escapes it, regardless of insulated car, house and office windows. Federal Ministry of Environment reportedly ascribed the soot to fumes generated from “incomplete combustion of hydrocarbons”, “asphalt processing and illegal artisanal refinery operations”. The activities are the “fire” responsible as root and source in the proverbial “no smoke without fire” (no pun intended).
Although the Ministry closed an asphalt plant and declared an “air pollution emergency” in 2017, the problem has not abated. Not only is air polluted, the resultant particle pollution caused a writer to describe a “double air pollution burden”. Determined efforts to quash the menace are sadly lacking probably because its long–term effects are insidious and not immediately visible.

Before the soot inundation, studies in Rivers State showed a propensity for the local populace to be susceptible to harm in the air. State records in 2012 reported 30,435 disease cases arising from air pollution from 2003 to 2008, of which 61 patients died. Prevalent ailments were: pertussis, pulmonary tuberculosis, cerebrospinal meningitis, pneumonia, measles, chronic bronchitis, and upper respiratory tract infection. Scholars observed that the state’s ambient air quality was much worse than the World Health Organisation’s Air Quality Standard (Lead = 1 × 10-6 ppm/year, particulates = 105 ppm/year), thus indicating a dangerous level of contamination.

Similarly, a surge of respiratory and dermal complaints by workers of Port Harcourt Refining Company and Eleme Petrochemical Company prompted researchers to investigate the cause. They found that exposure to dust and smoke was significantly related to these problems.

On a global level, air pollution was tackled far back in the 1960s, when scientists investigating the cause of acid rain found that air pollutants emitted thousands of miles away were responsible. The pollutants threatened to destroy entire ecosystems, hence igniting decisive action by the enactment of a Convention on Long Range Transboundary Air Pollution. The Convention and eight subsequent Protocols stipulate specific measures for Parties to drastically reduce the emission of air pollutants, and have been effective in reducing pollution. This success has not devolved to Nigeria’s local circumstance in spite of its anti-pollution laws.

Nigeria’s National Environmental Standards and Regulations Enforcement Agency (Establishment) Act (NESREA) has Regulations on Air Quality Control that stipulate improved control of air quality to enhance protection of flora and fauna, human health and other resources affected by air quality deterioration. NESREA’s Control of Bush/Forest Fire and Open Burning Regulations aims to prevent or minimise fire outbreaks and burning of materials that emit hazardous air pollutants which could affect ecosystem health. Rivers State Ministry of Environment (and Environmental Protection Agency) ought to enforce these and the state’s environmental laws to combat environmental pollution and eliminate polluting activities. Sadly, there is minimal enforcement, prosecution or sanctioning of offenders and no deterrent to others.

Whether from lawful activities or illegal refining of crude oil, commercial activities are efforts to increase prosperity and quality of life. But a path to human development that hurts natural systems is unsustainable. As Nigeria aspires towards full development with indices of increased wealth and high GDP, developmental activities must be conducted within a lawful framework and with respect for fragile natural systems. Laws are admirable and well intentioned, but without citizens’ compliance and enforcement, will remain lofty statements and mere rhetoric.
It is worrisome that research confirms a positive correlation between air pollution and diseases that cause mortality without correction. Urgent, decisive intervention is required to track and eliminate the activities, borrowing a leaf from Nigeria’s prompt extinction of the Ebola virus years ago. Ministries of Environment and Health can conduct environmental audits to identify major points of emissions, compare with permissible standards, and compel perpetrators to implement mitigating measures. Otherwise, environmental NGOs may institute civil actions against these persons. We need not await a calamity of epic proportions from dangerously polluted air in Port Harcourt. Indeed, pollution must never be the price of prosperity.