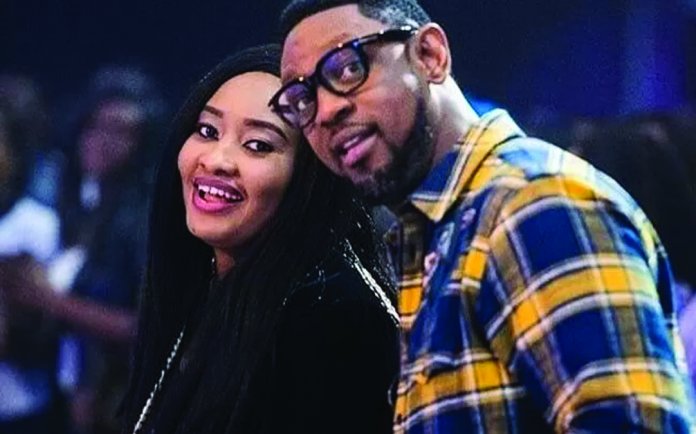 In the course of the rape allegations against the founder and senior pastor of the Commonwealth of Zion Assembly, Biodun Fatoyinbo, many, including the victims, have continued to raise vital questions about the knowledge and involvement of his wife, Modele, writes Ferdinand Ekechukwu

Since the rape scandal rocking the Commonwealth of Zion Assembly became public knowledge about a fortnight ago, concerns have been raised as to what Modele Fatoyinbo, wife of the embattled COZA senior pastor Biodun, knows and the role she played before and after the rape allegations brought against her husband. Some members of the public, victims inclusive, suggest she is pretty much aware of her husband’s deeds.

In the turbulent scenarios, Modele’s name featured prominently as the alleged rape victims recount their stories. Her decision last Sunday, to quickly defend her husband with her body and status, leaves much to be desired. This drew public outcry as Nigerians condemned her while reacting to her comments.

In the course of the controversial issue, few comments emerged which raised vital points on the fallibility of Modele, who is also an ordained pastor of the assembly. As someone noted, “In 2013, the Sunday after Ese Walter broke her silence on Biodun Fatoyinbo, Pastor Modele Fatoyinbo – his wife – preached. In 2019, the Sunday after Busola Dakolo revealed rape allegations against Biodun Fatoyinbo, Pastor Modele is preaching. There is a method to this madness.”

Suffice another comment. “At this point, I think we must come to the realisation that Modele Fatoyinbo is either the biggest defender of her husband or the biggest enabler of his alleged actions. No more can we call her “a victim”.

So interestingly is another take on the matter: “Don’t blame Modele Fatoyinbo. She has to protect her man come what may. That is what all women do to their wealthy husbands. It is only those who have the guts like Pastor Anita that would fight.”

So, is Mrs. Fatoyinbo overplaying her role as an ideal wife who has to cover her husband’s alleged weaknesses or this is more of her having an unshakeable trust in her husband? Recall that Modele, during the first service at the Abuja headquarters of the church after the incident went viral, had in a show of support declared and re-echoed her husband’s statement, saying he is innocent and could not have raped anyone even as an unbeliever.

A day after, she reiterated his innocence, insisting that nobody would take his place as senior pastor. Modele even sent a curse in the direction of “strange sons and daughters” sitting in their church. It was reported that when the insinuations of the husband’s philandering started about a month ago, some people, who claimed to be church members, said that she was aware some women were ogling her husband and she had to form “sexual security” around him.

And just last Sunday, Modele said whoever does not celebrate her husband cannot be her friend. “I’m not your friend if you don’t celebrate this man,” Modele told worshipers at the service in the Abuja headquarters of the assembly. She asserted that her husband remained the father of all branches of the church.

While she was been cheered up, Modele added: “One of the things that I say about my husband is that I would never have had the opportunity. I used to be so shy to talk to one person. I used to let him do all the talking because I was a very introverted person. But he was able to help me see, like he was able to help a lot of us see, that there was greatness in me. So, I don’t have a problem standing before you this morning.

“The Lagos church, the Ilorin church, the Port Harcourt church — anywhere he is, Pastor Biodun is the father of that church. I’m not your friend if you don’t celebrate this man.”

Biodun Fatoyinbo had been accused of rape by Mrs. Busola Dakolo, and another unidentified lady ‘X’ within the space of one week. In different accounts of their alleged sexual abuses, both Busola and the lady ‘X’ had at one point or the other mentioned Modele despite that the incidents occurred at different times. Lady ‘X’ would further allege that Modele is complicit in the rape allegations.

She explained that she was an ordinary member of the church for about five years until Modele made contact with her and brought her (Lady X) close to the family. She said everything done to bring her into the family was deliberate. She said Modele took interest in her. She began to extend opportunities for X to work intimately with her, handing her small responsibilities in the church’s administration and graduating into the opportunity to care for the Fatoyinbo’s youngest son Ephraim.

Lady X felt special, because it was common knowledge that the Fatoyinbo’s children were sequestered from the rest of the congregation and rarely interacted with them on a personal level. For Modele to grant Lady X access in this way, first with Ephraim and then to the rest of their children, was an impressive move to disarm her.  She began to tutor them in their academics, growing closer with the children to the point where Modele broached the subject of if X would relocate outside the country and become a legal guardian for the children as the Fatoyinbo’s toyed with the idea of sending their children abroad for their education.

When Busola Dakolo told her story, one of the things of interest was the part where she claimed that Mrs. Fatoyinbo, a new mum at the time, asked her to help her with the baby. So it appears curious that a man allegedly rapes a girl on a Monday and the following Sunday, the wife chose that same person to come over to their house and help her with the newborn baby.

According to her, Pastor Biodun’s topic for that Sunday service was God’s grace as he kept explaining that the grace of God covers all sins no matter what a person has done. Busola recounted that after the service, one of the protocols came to her and explained that Modele had requested for her help to take care of their newborn daughter.

Obviously surprised, Busola said she turned to her sister and asked why the pastor’s wife would ask for her help and her sister allayed her fears saying it was normal for church members as it appears females to go and help the pastor at home occasionally. Just as she was still discussing with her sister, Pastor Biodun came and said he would come pick her to the house soon.

Noteworthy is the seeming involvement of Modele in the rape saga which has taken the same mode of taking care of her children to unknowingly lure female church members of her congregation to her home and by extension her husband. An opinion suggests that maybe she is scared to admit that her husband’s actions towards these women were wrong and that it could open up a whole Pandora box of horrific revelations that she might not be ready to confront.

COZA started in Ilorin, Kwara State in 1999 with a very small congregation but has since grown into a mega church with over 20,000 members and an ever increasing online fellowship.

It has five branches and four ordained full time pastors which pose some surprise considering the pedigree of the church. Ilorin branch started in 1999, Abuja in 2008, Lagos in 2012, Port Harcourt in 2016 and Dubai in 2017. Pastor Fatoyinbo lives a luxury lifestyle and his church is one that celebrates youths. The church is comfortable with Christian songs with secular undertones. The church feels the members are supposed to have fun in church and not get bored. He mans the headquarters of COZA in Abuja alongside his wife, who is popularly called Mummy D.

Gowon Stole Half the CBN?