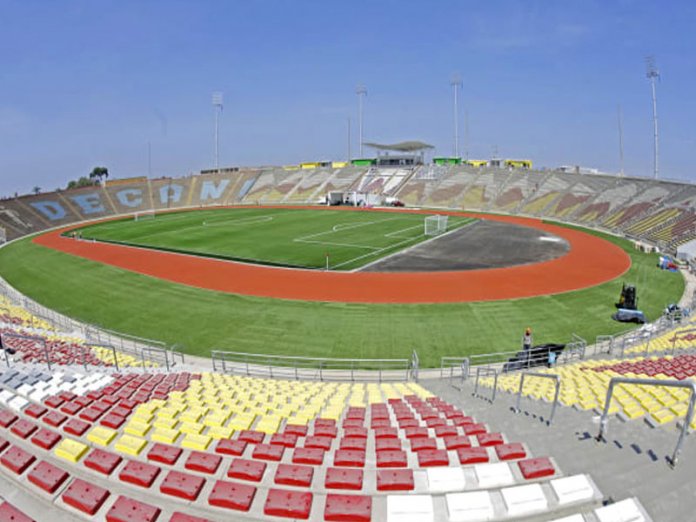 The Estádio Bezerrão in Brasília (Gama) will make football history on 26 October when it hosts the opening match of the FIFA U-17 World Cup, the first-ever edition of this prestigious tournament to be staged in Brazil.

The competition has previously served as a springboard for an array of world stars, such as Gianluigi Buffon, Francesco Totti, Ronaldinho, Xavi, Toni Kroos and Neymar.

The other tournament venues will be Goiânia’s Estádio Olímpico and Estádio da Serrinha, as well as the Estádio Kléber Andrade in Vitória (Cariacica), in line with FIFA and the LOC’s commitment to bringing the excitement of the FIFA U-17 World Cup to local communities that have never before hosted a FIFA event.

The successors to current FIFA U-17 World Cup champions England will be decided on 17 November, also at the Estádio Bezerrão.

Hosts Brazil, who are three-time winners of the tournament, will be pre-assigned to position A1 in the draw and will therefore feature in the opening match.

FIFA’s Chief Tournaments & Events Officer, Colin Smith was full of encomium for the Brazilian FA, assuring football stakeholders that this edition would be fantastic for both teams and fans.

“With their great passion for football and vast experience of organising world-class sporting events, I am convinced that Brazil and the Brazilian Football Association (CBF) will be fantastic hosts of this year’s FIFA U-17 World Cup.

“I believe that the four selected stadiums offer the right size and facilities for this competition, and we are very excited to bring this thrilling tournament to venues that have never hosted a FIFA event before. Thanks to the excellent cooperation and contribution of the CBF and Local Organising Committee, I am sure that we will be able to provide all teams, fans and officials with the best possible conditions,” he noted.

Beside hosts Brazil, the following member associations have qualified for the FIFA U-17 World Cup 2019:

The previous edition of the FIFA U-17 World Cup, which was hosted by India in 2017, was a huge success and featured a number of players who have made headlines since, including England’s Jadon Sancho and Phil Foden, Germany’s Jann-Fiete Arp and Mexico’s Diego Lainez.

Meanwhile, Senegal’s qualification for the tournament has been confirmed by CAF. Its Disciplinary Committee disqualified Guinea.