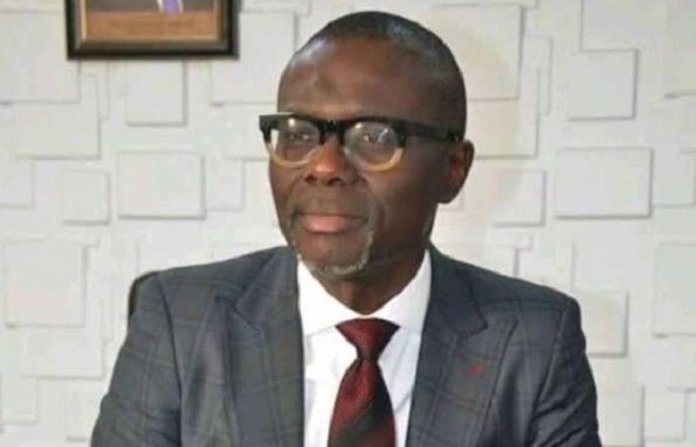 Just after his inauguration, Lagos State Governor, Mr. Babajide Sanwo-Olu claimed he had kept a campaign promise with the donation of 35 buses to civil servants. However, the buses are parts of 820 high occupancy vehicles the Akinwunmi Ambode administration procured under its Bus Reform Initiative (BRI). Gboyega Akinsanmi writes

This is an interesting time in Lagos politics. With the inauguration of a new governor, Mr. Babajide Sanwo-Olu, the noise of campaign promises has naturally waned while the song of ‘promise kept’ is now heard statewide, on the state’s public media. Sadly enough, the residents are gradually dancing to this song.

Only four day after Sanwo-Olu’s inauguration, the politics of ‘promise kept’ effectively crawled into the state’s public space. Precisely, on June 3, Sanwo-Olu handed over 35 new Marcopolo vehicles to the state’s Central Bus System (CBS), an arm of the state public service that handles and oversees transport for about 120,000 public servants in the employment of the state.

By implication, Sanwo-Olu, who spoke through the Head of Service, Hakeem Muri-Okunola, claimed that he had started fulfilling his campaign promises with the handover of the 35 new Marcopolo buses, a statement his administration could not really substantiate. Since the buses were handed over to the CBS, Lagos Television has been scrolling it as Sanwo-Olu’s achievement.

At the inauguration of the vehicles, however, Muri-Okunola never mentioned how the four-day Sanwo-Olu administration procured the vehicles. Also, he never talked about the budget from which the vehicles were procured. He never named the contractor that handled the procurement; neither did he mention whether the procurement actually went through the Lagos State Public Procurement Agency (PPA) as the law of the state requires.

Era of Falsehood
How then did the new administration procure the vehicles four days after inauguration? In Lagos State, specifically, there is always an established procurement process that must be followed under the State Public Procurement Law, 2011. Under the law, every contractor is required to duly follows a process, which includes expression of interest, invitation for pre-qualification and approval.

As the state’s public procurement law requires, there is no way the process for the procurement of the vehicles can be fully observed within four days. But official records showed that the vehicles were procured by the Ambode administration. They were procured under its Bus Reform Initiative (BRI), a carefully designed policy the administration introduced to reduce travel time on Lagos roads and unlock gridlock, especially in the state’s central business districts (CBD).

Aside, the vehicles were part of Ambode’s legacy projects. Also, the vehicles were parts of the 820 high occupancy vehicles (HOV), which President Muhammadu Buhari inaugurated on April 24 alongside the Oshodi Transport Interchange, Oshodi-Murtala Mohammed International Airport road and Ayinke House, now christened Institute of Maternal and Child Health.

After the president inaugurated the 820 buses on April 24, Ambode explained how the projects, especially the procurement of the 820 vehicles were funded. He then explained that the projects were funded with the state’s share of Paris Club refund, which the federal government released to each state of the federation between 2016 and 2019, perhaps based on an agreed formula.

Indeed, Ambode claimed that his administration, which ended on a good note, paid 40 percent for the 820 vehicles from the first tranche of the Paris Club refund to the state. Apparently, the 35 buses, which Sanwo-Olu donated to the state’s public servants, were parts of the 820 vehicles the Ambode administration procured under its BRI and with the state’s share of Paris Club refund.

In demonstration of his commitment to public welfare, Ambode set the fund aside to address grievous social challenges. Unlike Ambode, most governors across the federation used their share of Paris Club refund to settle unpaid salaries. How then is it promise kept for Sanwo-Olu when official records showed that his administration did not procure the vehicles he donated?
By all standards, this claim indeed places moral burden on Sanwo-Olu and his administration for ascribing the credit of donating the 35 vehicles to the public servants on two different grounds. First, even though Sanwo-Olu might claim that government is a continuum, the truth remains the Ambode administration procured the vehicles under the BRI and for the purpose of formalising public transportation, a critical sector dominated by informal actors.

Second, donating the vehicles to the public servants indeed undermines the vision that gave birth to the BRI, an innovative intelligent transport programme publicly driven to revolutionise the state’s transport sector. For such an initiative that seeks to redefine the state’s transport sector, the Sanwo-Olu administration is only expected to continue its implementation where Ambode stopped rather than relegate to the background.

Before the BRI
Perhaps, a little peep into history may help Sanwo-Olu appreciate the concept and rationale of the BRI beyond the politics of falsehood. Before Ambode assumed office in 2015, he truly underrated the enormity of the state’s traffic issues. But grim realities of Lagos population growth pushed Ambode into action. The realities stemmed from different statistics, which on the one hand showed the pattern of migration to Lagos from other states and the number of commuters that solely relied on public transportation on the other hand.

A 2016 survey of the World Economic Forum (WEF), for instance, revealed that Lagos “is the fastest growing city in the world.” The WEF, further, shows at least 85 migrants enter into the city per hour. By implication, the forum says, the population growth of Lagos metropolis is much faster than that of London and New York with a rate of 9 and 10 persons per hour respectively.
Another survey by the National Bureau of Statistics (NBS) corroborated these grim realities. In its 2018 report, the NBS claimed that in Nigeria, at large, over 80 million commuters daily depend on public transportation. In Lagos alone, at least 12 million persons use public transportation every day without standard facilities. This translates to 15 percent of Nigerians nationwide, who have no other option than to commute through public transportation.

Likewise, the population size of the state is a huge challenge. At a 2017 forum with corporate citizens, Ambode disclosed that the state’s population “has risen to 25.2 million, an astronomic rise from 24.7 million according to the UN Habitat and at a growth rate of about 3.2 percent. In this context, commuting has been a real burden with quality man hour lost to traffic congestion daily.

With all these initiatives, commuting in the state still posed grave challenge even one year in office. Hence, this constituted a reason the administration boldly came up with the BRI. And the initiative, according to the reports, was conceived to put in place intelligent transport system (ITS), which would enable passengers know the arrival and departure time of buses from the comfort of their homes, offices or anywhere and properly plan their journey.

Inside the BRI
Precisely, at the inauguration of the Ikeja Bus Terminal, Ambode had observed that the system “will eliminate all the previous chaos and difficulties associated with boarding bus to different locations.” For instance, the Ikeja Bus Terminal sits on 10,000 square metres land space equipped with intelligent transport system, food court, shops, rest rooms, ATM gallery, free Wi-Fi, electronically controlled shades and fully air-conditioned terminal.”

From its design, Ambode claimed, the BRI is an antidote to the long-time challenge of commuting people from one part of the state to others. Under the initiative, at least 5,000 high occupancy vehicles (HOVs) would be deployed to all parts of the state. Aside, the vehicles are all air-conditioned and environmentally friendly. Of the 5,000, his administration procured and deployed 820 buses.

But the BRI is not just about bus deployment. Also, it focused on developing world-class road infrastructure. That justified Ambode’s decision to construct ultra-modern bus stations across the state. Under the Ambode administration, official records showed that at least 13 new bus terminals were constructed in strategic locations in the metropolis.

Unknown to most residents, the BRI is just a component of the state’s transport programmes, which was detailed in the State Transportation Sector Law, 2018. Under the first phase, Ambode disclosed that at least 13 new bus terminals “will be constructed across the metropolis.” From Race Cross to Oshodi and from Ojodu-Berger to Oyingbo, the Ambode administration had terminals, though these projects suffered on the altar of succession politics.

The initiative was just about constructing bus terminals. One of its critical parts was to construct 300 new bus stops and three bus depots under the first phase, an idea conceived to guide against the culture obstructing traffic flow while commuters are entering and exiting public buses. With this initiative, Ambode indeed hoped “to develop an intelligent transport system to help commuters to plan their journeys on our public transport system.”

The case of the Ikeja Bus Terminal explains the whole idea. The facility was designed to serve about 200,000 passengers every day across 23 destinations statewide. The terminal was equally fitted with all aspects of public transport operations such as buses, passengers’ insurance, 13 ticketing boots, route licensing, terminal bus attendants and operating companies.

Beyond the BRI
At the last state visit of the president, Ambode was confident about the power of the initiative to transform the state’s public transport. Then, the former governor said the vision remained a functional, efficient and integrated transport system to support the populace and facilitate commerce.

Unknown to most residents, the BRI is just a component of the state’s transport programmes, which was detailed in the State Transportation Sector Law, 2018. Under this law, the BRI is all-encompassing with a view to providing the state’s residents multi-modal choices to commute with the metropolis.

Rather than looking away from Ambode’s landmark records, Sanwo-Olu has the onus to engage the vision that the BRI and work out strategies to ensure the vision does not die. Refleeting the CBS is not a bad idea. But Sanwo-Olu could have refleeted the system through his own creative programme rather than donating 35 of the 820 Marcopolo buses the previous administration procured for a dedicated public purpose. By all standards, it is not a good decision. Rather, it is an attempt to dismantle Ambode’s revered legacy.