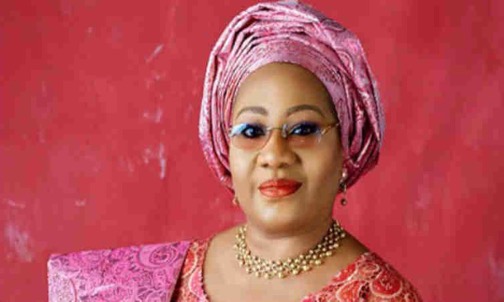 Titi Oseni Gomez, a former Speaker of the Ogun State House of Assembly, needs no introduction.
While she held the reins of speakership in Ogun, she was considered one of the best things going for the womenfolk in the male-dominated political scene in Nigeria. In her glory day, she was the toast of the high and mighty in the society.

To put it mildly, life was good; and she surely looked the part of a veteran politician headed for greatness.
Then, suddenly, her journey to political greatness was halted by Hon. Tunji Egbetokun and his gang when she was shown the exit door from her exalted office.

And since that political power game that ousted her from the scheme of things in Ogun political set up, her political profile has been on a steady decline.

But for Oseni-Gomez, who holds the laurel of the first and only female speaker in Ogun till date, her attempt to get back into political reckoning was nothing but another effort in futility.

To realise her senatorial ambition, she was practically on her knees to raise funds for her campaign. Still, she suffered a great loss that left her slightly distraught.

Like a sinking politician desperate for survival, she later teamed up with the governorship candidate of the All Progressives Congress, APC, Dapo Abiodun, who was eventually declared the winner.

According to close sources, the former Speaker played her card so well by teaming with the ruling party. So, having sowed in sweats, she is allegedly desperately lobbying for an appointment now.