The spate at which online begging, or cyber-begging, as some others call it, is increasing in Nigeria is becoming alarming.
On Facebook, Twitter, Instagram and via emails, I am daily confronted with an avalanche or beggars, with all kinds of requests.

Many people have turned cyber begging into a profession. They send chain messages on various social media platforms, with their account numbers. The emails are ingeniously crafted to tug at your heart. They are from alleged single mothers, with hungry babies, final year students about to be kicked out of school, widowed pregnant women kicked out by wicked in laws. You get the drift I am sure. No one can say that Nigerians are not creative.

In some cases, their social media profiles reflect their stories, although it could be staged. However, many times, their profiles are pictures of razzle and dazzle. They wear nice clothes and are a picture of bliss, yet they ask you to bless them because they are in need.
On Wednesday, July 3, 2019, Conservative operative, Candace Owens, who has the ear of the US President, Mr. Donald Trump, had this to say about Nigerians in a tweet.

“Nigerian-Americans are the most successful ethnic group in the U.S!
If you want to know how it’s possible that blacks who come from under-developed Africa, keep outperforming blacks from overprivileged America— it’s bc they weren’t exposed to the Democrat parasite of victimhood!”
What Miss Owens said is true. It has been confirmed by both the US Census Bureau and bored US author, Amy Chua, in her book, Battle Hymn of the Tiger Mother, where she teaches other Americans to raise their kids like Nigerians.

Not only are Nigerians the most successful ethnicity in the US, we are also the most educated nationality, bar none.
Being that Nigerians have such an aptitude for success, I am just wondering why back home, the horde of beggars, both on the streets and online, have increased in geometric progression.

For sure, the incompetent tyrant, General Muhammadu Buhari, has ruined our economy and made us the world headquarters for extreme poverty, but that is not enough for us to sit down, fold our hands and do nothing, while we wait for manna to come by begging.
Yes, his sidekick, pastor Yemi Osinbajo has tried to turn our youths and market women into beggars by giving us handouts passed off as tradermoni, instead of giving us a hand up by fixing the economy. He is using debt to give Nigerians fish instead of teaching us how to fish.

Yet, even with the multiplicity of problems that this inept duo have brought to our shores, we are still Nigerians, who nevertheless have an ability to make the best out of the worst.
Let us look inwards and develop in ourselves and in our country those habits and idiosyncrasies that have made us the most successful ethnicity in America, bar none.

It only takes 10 years to turn an orange SEED into an orange ORCHARD.
Never underestimate what you can achieve in 10 years.
Instead of begging, sow that SEED of industry today, so that in a decade’s time you will have no NEED.

I tweeted the above counsel on Friday, July 5, 2019. Obviously, it was not meant to be taken literally. But some of my followers took it literally. And then it occurred to me that even s literal interpretation still made sense. Bucket loads of sense.
ChiVita, a product of Chi Nigeria Limited, sells a MILLION units of fruit juice in Nigeria DAILY. They have a staff of 2500 and make so much money that they even now sponsor Manchester United. Even if you take my counsel literally and you grow oranges, what you GROW, they will BUY.

The point is that these beggars should get vision SPECTACLES and stop focusing on OBSTACLES.
Nigerians are too ingenious to be beggars. It is not in our DNA. We are too thrifty, too ingenious, too industrious, too sharp, too witty, too resourceful, to beg. There is DIGNITY in LABOUR, but there is no DIGNITY in BEGGING.

I want to urge all my readers to search deep within them and bring out the best that Father God out in them when He specially equipped you to be a Nigerian. Obviously, Buhari is a scourge on this nation. But we should not lose our dignity because of him. Uh uh! Let us hold our heads high and use what we have to get what we want.
Let me conclude by giving my people some steps to grow like the Biblical Jabez.

5 STEPS TO GROW LIKE JABEZ
1. Go to God’s Word to GROW your FAITH
2. Go to the gym to GROW your BODY.
3. Go to a library to GROW your MIND
4. Go to business to GROW your WALLET
5. Go to your SPOUSE (I repeat, SPOUSE) to GROW your FAMILY.
But, don’t rush to marry because I mentioned SPOUSE. ‬NEVER marry because time is going. Marry only because you are ready. Let time go. It will still go whether or not you marry. There is no ideal marriage age. The only ideal age is when you find a person you want to spend the rest of your life with. 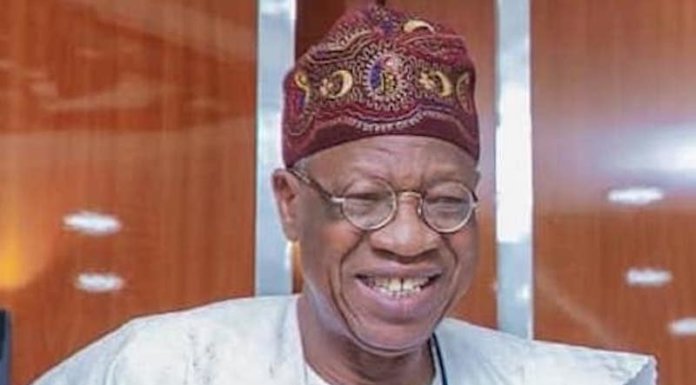