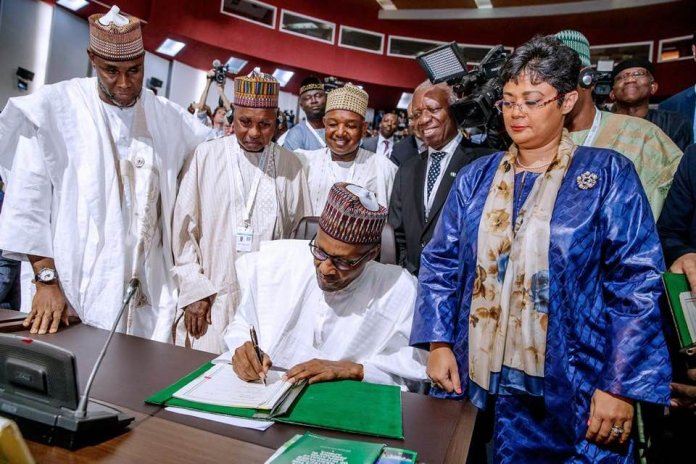 One year after declining to append his signature, President Muhammadu Buhari Sunday in Niamey, Niger Republic, signed the African Continental Free Trade Area (AfCFTA) agreement, bringing the number of parties to the agreement to 53.

THISDAY learnt that the president signed the agreement at 10.48 am Nigerien time, being the very first event at the opening of the 12th Extra Ordinary Summit of the African Union on launch of the Operational Phase of the AfCFTA.

Aside being signed by 53 of the 54 African countries, 24 of them have reportedly ratified the agreement, expected to be the world’s largest free trade area since the creation of the World Trade Organisation (WTO).

It is said to possess a potential market of 1.2 billion people and a Gross Domestic Product (GDP) of $2.5 trillion for the entire 54 member states.