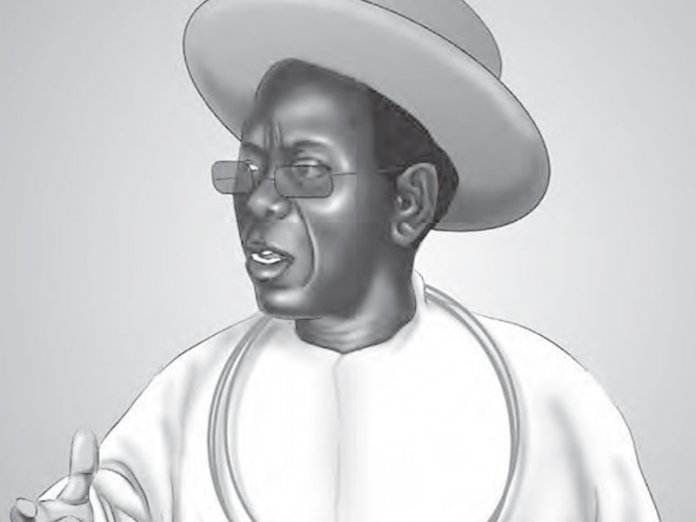 Reflecting on the life and times of Professor Onigu Otite is very much like taking a flight of nostalgia along historic memory lanes laid out through the growth and development of Okpara, Onigu’s beloved hometown; a flight that proudly surveys the substantive achievements in studies of Urhobo history and culture which Onigu pioneered; and a flight that hovers over more pleasant tidings about the mission of the scholarship of Anthropology in postcolonial Nigeria under the leadership of Professor Onigu Otite. Yes, we are gathered here to honour the life and works of a man whose patriotic zeal helped to develop his hometown. We in academia are here to salute what Kingsley John Onigu Otite has done to give a solid foundation for studies of Urhobo history and culture. And those of us in the Social Sciences in this gathering should pay tribute to Professor Onigu Otite for his leadership in restoring the olden mission of the discipline of Anthropology for the good of human progress.

Little Onigu Otite began his early life in very tough times. His eight years in elementary school spanned the six destructive years of World War II which broke out in the same year as he began his career as a pupil at Catholic School, Okpara Inland. The want and scarcity of those dreary years spread to British colonies, clearly touching Urhobo communities — including chiefly families such as the Otite’s — by the early 1940s. Its impact on Okpara youth was considerable. Only determined youth successfully completed the elementary school programme. By 1946, when Onigu completed his, there were few Okpara youth who had earned the precious Elementary School Leaving certificate which was offered by the Department of Education of the Western Region of Nigeria. For many of these Okpara youth, that was the end of their academic prospects.

Ambitious Onigu had his sights much higher up. His role model was clearly Scott Evwaraye, a celebrated Okpara youth who had successfully completed his elementary school education at Catholic School, Okpara Inland, in 1942; taught for a few years; and then in 1946 became the first Okpara student at St. Thomas’s College, Ibusa – the only Teacher Training College for Higher Elementary School Teachers in the Catholic Diocese of Benin, which then included all of the two modern states of Edo and Delta. Scott returned triumphantly to Catholic School, Okpara Inland, upon successfully completing his studies at Ibusa in 1949.

Onigu followed Scott’s footsteps but went higher, much higher – to the attention and applause of his adoring hometown. In 1950, Onigu Otite became the second Okpara man to enter St. Thomas’s College, Ibusa. His brilliance during his four years in that institution ensured that St. Thomas’s College was only a beginning stepping stone for this bright man from Okpara. In six years, following St. Thomas’s College and while teaching in various Catholic schools and institutions, Onigu Otite prepared himself for higher education – passing the requisite subjects of London University’s General Certificate of Education (GCE Ordinary & Advanced). So, when the University of Nigeria opened its doors in 1960, Onigu Otite was among the first batch of Nigerians who became Nsukka’s pioneer undergraduate students.

Context is important for understanding the scale of Onigu Otite’s achievement in 1960 and why his hometown rejoiced. Before the year of its Independence in 1960 from colonial rule by Great Britain, Nigeria had only one university institution: University College, Ibadan. In it there were very few Urhobo students. Among them there was only one Okpara undergraduate, namely, Mr. G. E. Umukoro. When Onigu secured admission to the University of Nigeria in 1960, as a pioneer, he became Okpara’s favourite son. Many hoped and prayed that he would follow the academic paths flared by M. G. Ejaife and G. E. Umukoro – all enhancing Okpara’s fame.

Actually, Onigu Otite had his sights higher up, much more. His records at Nsukka were remarkable, graduating in 1963 among the top students of that university in academic performance. 1963 was an excellent and auspicious time for Onigu Otite to graduate from the university. That was the year the Midwest Region was separated from the Western Region of Nigeria. Onigu Otite arrived in Benin City, capital of the new Region, as a Senior Civil Servant charged with important responsibility in setting up administrative services in a vital part of the new Government of Midwestern Region of Nigeria.

The itching on Onigu Otite to engage in still further studies was obviously intense. After spending only two years in his high profile job in the new Midwest Government, Onigu secured admission for postgraduate studies at the University of London’s School of Oriental and African Studies (SOAS). With a matching scholarship grant from the Federal Government of Nigeria, Onigu Otite arrived in the English capital in the summer of 1965 to enroll in a postgraduate programme in Social Anthropology.

Onigu Otite left Nigeria for further studies in England in late 1965 in the midst of a festering political crisis which rapidly escalated into a bloody Civil War a few months afterwards. It was a war that affected the fortunes of many Nigerian students overseas, especially those who, like Onigu, were dependent on subventions from scholarship funds from Nigerian governments. The war also created emotional problems for those Nigerians studying overseas who had relatives who were directly affected by that war. All these factors did apply to Onigu. In the early phase of the Civil War, Urhoboland – including his hometown of Okpara – was occupied by hostile military forces. More intimately, while he and his wife were away in England during the beginning of the war, their two little children were living with their grandparents in a war-affected area. In addition, Onigu lost a beloved brother, a military officer Maj. Nicholas Smart Otite, in the War.

Despite such war-time adversities back home in Nigeria, Onigu Otite completed his postgraduate studies at SOAS, rapidly. In 1969, Onigu successfully defended his PhD thesis titled “The Political Organization of the Urhobo of the Midwestern State of Nigeria,” which was based on an extensive fieldwork that Onigu conducted during hazardous circumstances while the Nigerian Civil War lasted. Thus for the record, in 1969, Onigu Otite became the first Urhobo man to hold a PhD in Anthropology.

So: beginning with small steps taken in his home town of Okpara in 1939 and building up to his studies in the English imperial capital of London in 1965-1969, Kingsley John Onigu Otite acquired every valuable academic certificate and laurel that the British Empire offered. With that supreme certification from the University of London, Dr. Onigu Otite readily secured employment at Nigeria’s academic citadel, at the University of Ibadan, as a Lecturer in Social Anthropology and Sociology. For the record again, let it be noted that Onigu Otite was the first Okpara man to teach in the University of Ibadan. Other accolades quickly followed Onigu in his university profession, becoming Professor of Sociology in 1978. These are matters that belong to a second long chapter in Onigu Otite’s illustrious life history: his service to his nation and his Urhobo people.

Before we turn to that second chapter, and thus give an account of his stewardship to his nation and his Urhobo people, there is a subject we must address. I am confident that Onigu – my townsman, my senior, my friend – I am sure that he would want me to say a word or two about his wife and children with whom he lived such an accomplished life. I will do so in the local idiom of Okpara’s folkways. Okpara people appreciated the wisdom of the marriage between Mr. Onigu Otite and Miss Regina Evwaraye in 1960 for two good reasons that were dear to the townsfolk. First, Regina was from one of the strongest Christian families that emerged in Okpara during Colonial Times. That mattered quite much in a community where the Catholic faith took early roots during Colonial Times. There is a second, much deeper, reason why Okpara people appreciated the marriage. It had to do with their history. By marrying Miss Regina Evwaraye, Onigu Otite strategically blended together the strength of the old bloodline of Uwadjeri (whose ancestors founded Okpara) with the dynamism of the new-era Otite dynasty that dates back to British Colonial Times.