From its recent global summit in Paris France, the Extractive Industries Transparency Initiative has offered Nigeria and other mineral-rich countries new approach to get rid of prevalent abuse associated with mining of their natural resources, writes Chineme Okafor

Tagged ‘ideas for the future,’ the Extractive Industries Transparency Initiative (EITI) in Paris, France, rolled out a number of initiatives it expects would help member-countries who are rich in mineral deposits, but which excavation has not really helped its citizens, overcome the tough problem of resource corruption and mismanagement of natural resource incomes.

Although it stated the new ideas were preliminary, far from exhaustive, and intended to spark discussion, the global extractive sectors watchdog however noted they were mostly what it could do itself, as well as require collaboration with various partners to improve resource mining accountability.

According to the group, these new ideas would however not overshadow its wider agenda to ensure that audit reports of activities in the mining sectors of member countries are timely, covers a good breadth of activities with comprehensive details, and equally accessible to the public.

The proposals
Considering its central position in the global conversation on natural resource accountability, EITI said that it could help countries fix their challenges in this regards by clearly articulating its role in addressing corruption associated with mineral resource mining.

It explained that at the moment some actors discuss the EITI in ways that exaggerate its ability to fight corruption, and talk about their participation as evidence that corruption is well under control while others reportedly condemn it unfairly on the ground that its member countries continue to have corruption cases or even score poorly on cross-national measures of corruption.

However, from its perspective, it said it could communicate more clearly about its role in fighting corruption by describing its strengths and limitations, and addressing corruption more explicitly in its various implementation documents, including to justify why certain types of information are required to be disclosed.

It equally noted that while the EITI validation which countries secure does not measure control of corruption, the EITI is only one part of what countries need to rein in extractive sector corruption, and as such could never be a proxy for an adequate anti-corruption response.

This thus suggested that countries and governments could not really hang on the EITI validation to overlook critical accountability reforms needed in their extractive sectors.

Furthermore, it said it would facilitate disclosures of information on known areas of risk, adding that while it already pushes for transparency in many areas of the extractive sector that exhibit high corruption risks, and has proven its ability to introduce thoughtful and effective new reporting standards to various parts of the sector, there were however some important exceptions such as service contracting which it said should be prioritised.

“If the EITI was to assume a risk-based approach to prioritising what information should be required to disclose, the oilfield and mining services sector would be at the top of the list. It is a glaring gap in the EITI Standard and the industry constituency.

“The oil and mining companies typically outsource the majority of their exploration and production work to a wide range of contractors. A forthcoming report by NRGI estimates that these contracts are worth somewhere between $745 billion and $1.3 trillion a year.

“The spending goes to all kinds of third parties, from huge multinational oilfield service companies like Schlumberger and Halliburton to tiny local providers of transport or catering services.
“Total, for example, spends €30 billion a year on goods and services, and made payments to 150,000 suppliers in 2016. In this large and populous sector, bribery appears widespread,” said the EITI.

“To address this blind-spot, the EITI could analyse the corruption risks and transparency needs, learn from the few countries that have addressed subcontracting, and set up a working group with some major service companies along with oil and mining companies, government and SOE (State Owned Enterprises) representatives that oversee contracting, home country officials, and civil society.

“This group could discuss lessons learned from past corruption cases, what kinds of transparency measures would help, what other anti-corruption measures are needed, existing good practices, and how the EITI can add value,” it added.

Going further, the EITI said fixers, agents and intermediaries were potential loops for extractive sectors abuses, adding that companies and traders in extractive sectors often hire individuals or companies to help open doors and drum up business in foreign countries, with huge payments further made to them if they land lucrative deals.

It explained that: “These relationships are fraught with corruption risks. The OECD and others have also recognised intermediaries as a risk area and have published some analysis on the subject. The EITI could consider helping identify methods for screening out suspicious intermediaries.”

The EITI noted that state capture by powerful private interests was another major challenge of its member countries, and that it could do more to expose systems and practices that are vulnerable to such abuses.

Addressing Corruption
Furthermore, it noted that it could also treat corruption more directly and with greater savvy, adding that while at the national and global level, some of its members will not want to talk about corruption, especially around real-world cases such constraints should not hold the initiative back from addressing corruption cases more explicitly.

It explained that as a champion of beneficial ownership reporting, it could evaluate companies for the involvement of politically-exposed persons, records of criminality and scandal, or other red flags, which countries could hopefully follow

Adding that it could engage with other partners against extractive sectors’ corruption, the EITI said its members could reach out to law enforcement agencies, anti-corruption commissions, supreme audit institutions, journalists and other actors who seek to identify corruption or corruption risks, introduce them to the information available, and exchange ideas about its potential uses.

“One goal of these interactions is to raise awareness so that when investigators pursue a case in the extractive sector, they know to seek out EITI reports. Another goal is to share information about possible red flags of corruption, especially as most investigators are unlikely to comprehensively review EITI data looking for concerns.
“Country and global level EITI staff and independent administrators are intimately familiar with the EITI reports and have already spotted unusual or concerning transactions or process vulnerabilities. This valuable information should not be lost,” it said.

A good conversation for Nigeria
Based on the unique experience of Nigeria with poor extractive sectors’ accountability, and the works put into opening up the sector by the Nigeria Extractive Industries Transparency Initiative (NEITI), the proposal by the EITI could in many ways buoy the NEITI which in many occasions appear to be alone in the push for extractive sector transparency.

For example, several years of audit reports of operations of stakeholders in Nigeria’s oil sector by the NEITI indicated the SOE – the Nigerian National Petroleum Corporation (NNPC), had over time failed the transparency tests in managing oil resources it holds for the country in trust.
NEITI explained that over the years, domestic crude oil valued at $15.67 billion (N2.44 trillion) was lifted by the NNPC, but only N1.36 trillion was received and N0.83 trillion deducted, thus leaving an unreconciled balance of N0.25 trillion.

It also said the corporation do not comply with the 30-days remittance rule by crude oil and gas traders, while no consideration was paid on four Oil Mining Leases (OMLs) in of the Nigeria Agip Oil Company (NAOC) Joint Venture assigned by NNPC to NPDC in December 2012.

The equally NNPC owed an outstanding debt of N3.98 billion to the country as a result of over-recovery under the Petroleum Support Fund Scheme (PSF) in 2012, while keeping inconsistent records oil sales transactions under its belt.

For clarity, it stated that its review of some of NNPC’s JV partners’ contributions revealed that cash call payments documented in cash-call schedule and template sometimes differed from actual payments reflected in JV operations bank statements, adding that the corporation also failed to remit about $1.8 billion worth of gas flare penalty as at 2014.

Also, with regards to specificity, the NEITI indicated that about N250 billion was the unreconciled balance from crude oil sales for 2014 that the NNPC has yet to deal with. As at 2014, the NEITI said there was a prior year Petroleum Profit Tax (PPT) liability of $1.18 billion the corporation’s subsidiary – the Nigerian Petroleum Development Company (NPDC), was yet to remit, as well as another outstanding PPT liability of $1.12 billion.

These remedial issues which the national legislature is expected to in line with the founding laws of the NEITI, deliberate on and enforce implementation, have gone unattended to for years, while the country’s anti-corruption agencies hardly considered them in their fight against corruption. A united push from the EITI and NEITI in this regards could set up actions to remedy the issues and further transparency in the sector.

Profiling of commodity traders by the NEITI and EITI could also help the country deepen transparency in its terminal crude oil lifting contracts as well as crude for products swaps scheme which have for years been reportedly fraught with corrupt tendencies. 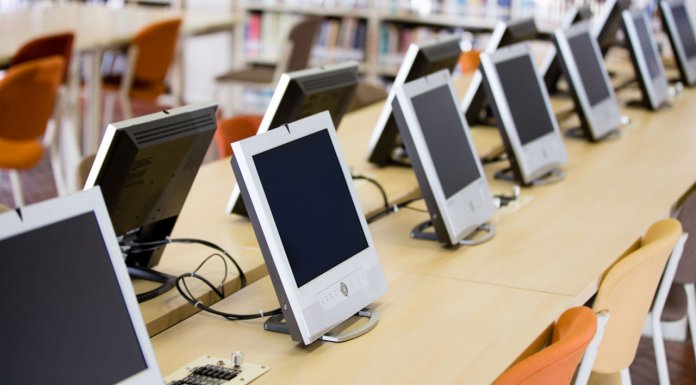