Going by recent developments at the National Identity Management Commission (NIMC), the manpower requirements needed for the efficient management of the all important agency is not only unmet, but facing gross violations.

There were reports of deaths of staff of the federal agency occasioned by what was seen as the refusal of the management to address welfare challenges of members of staff across the country leading to the demise of six staff members.

The Association of Senior Civil Servants of Nigeria (ASCSN) raised the alarm in a letter addressed to NIMC Management led by the Director-General, Engineer Aliyu Aziz Abubakar, saying, members of of staff were dying over manageable ailments, but poor conditions of service had compounded their health conditions, leading to untimely death.

But the management of the agency had in response to the position of the ASCSN allegedly doled out harsh, punitive measures to the Public Relations Officer, of the agency, Mr Loveday Chika, over his admittance during a media interview that the welfare situation in the organisation and death of six members of staff were indeed true.

The NIMC spokesman was instantly redeployed to Abia State.

Affected members of staff had complained loudly over their conditions of service to the point of begging for survival as well as office equipment including toners, copiers and other office stationery thus earning them the sobriquet “corporate beggars”.

On the alleged instruction of the DG, some operatives of Department of State Security (DSS) were detailed to arrest the Head, Corporate Communications Unit, Mr Loveday Chika and the Chairman of the ASCSN NIMC Chapter, Lucky Asekokha.

The duo were said to have escaped arrest due to timely information and assistance of colleagues who had alerted them of the presence of DSS operatives at headquarters of the organisation in Zone 5, Wuse, Abuja.

In a letter to NIMC Management entitled “Perceived refusal to address staff welfare in the commision”, ASCSN said it noted with dismay the continuous death of staff members over manageable ailments but poor welfare will not encourage them to seek medication in good time”.

In the letter jointly signed by Chairman ASCSN NIMC Unit, Comrade Lucky Adekokhai and its Secretary, Comrade Odia Victor, the unionists named the late staff of the organisation to include Ogbogu Steve from the head office, Rufus Ajoyemi Oluwole from Ondo State office, Ekenze Udeoji of Anambra State office, Adamu Solami from Kano State and Joshua Eton Jema from Adamawa State and Mamuda Aliyu, a driver from Sokoto State.

In another statement, Asekokha said the condition of service of the staff of the National Identity Database (NIDB) charged with housing the private data of all Nigerians and legal residents depicted the typical Nigerian corporate “beggars”.

“NIMC staff are perfect examples of corporate ‘beggars’ who in order to populate the database have to beg members of the public generally and public-spirited individuals for fuel, data, toner, mouse, keyboards, etc. as if these items are not yearly budgeted by the Commission,” he said, while attributing it to the DG’s “zero staff welfare policies”.

“The salary has been going unexplainable anticlockwise, even after promotion, most staff are earning less than they were earning before the promotion, which is practically demotion.”

Citing remuneration of staff, he said a level 8 staff of the organisation earned N84,000 in 2015 after which it faced a steady decrease and descent.

“Since September 2018, after joining IPPIS till date, NIMC staff salaries have been without any allowances attached, even the Salah and Easter Bonuses enjoyed by most MDAs under the SGF did not get to the staff.

The Union maintained that efforts to address the situation hit the rocks severally as management churned out failed promises.

“If the Federal Government does not intervene to address the issues of welfare in NIMC, Nigerian privacy data in the NIDB is in a serious threat of compromise and misuse,” Asekokha said.

He said several letters written over the non-inclusion of the salaries in the 2019 budget and the death of members of staff were not attended to.

“NIMC Nigeria’s key foundational identification systems suffer from low coverage, staff welfare crises induced by the DG who cares more of the enrollment figures into the NIDB without funding than for the staff who are working hard to populate the database and the security of such data.”

If the various security alerts issued on social media by staff of the organisation to colleagues is anything to go by, there are indications that the management of NIMC may have launched an onslaught against the unionists.

One of the alerts alleged that “Management have started their onslaught already, we just got a report that the Head, Corporate Communication Unit, Mr. Loveday Chika has been removed and redeployed to Abia State simply because he had no comment during a media interview.”

According to another alert “he is suspected to be sympathetic to the Union and he has to be removed. He is the only management staff that has been saying the truth in all the recent union/mgt meetings.

“Before now, he was closely monitored and practically ordered to stop updating staff members on telegram. The wickedness in NIMC is so ripe that our oppressors are prepared to go to any length to keep us chained. We will also go extra length to have ourselves unchained.”

It further disclosed that “management have also started hitting on our chairman and it’s no longer funny. Any moment from now, you may all be called out. We reject victimisation in its entirety and no amount of threat or punishment can deter us. We sympathise with the very good Mr Loveday Chika. God will vindicate him.”

Efforts to reach the management proved as calls and messages put across to Aziz, the DG, were not responded to. 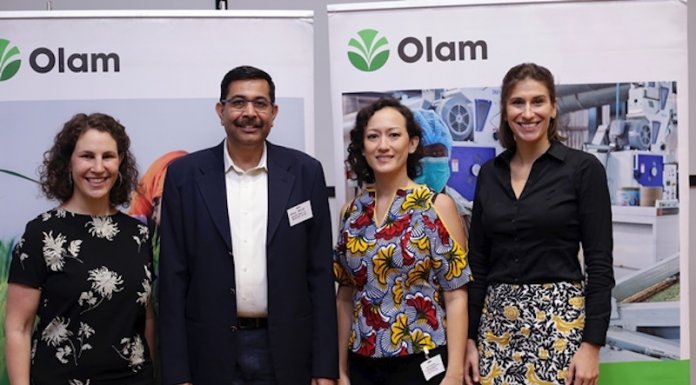