On February 14, 2020, the only Valentine’s Day governor in Nigeria would bid farewell to the Creek Haven seat of power in Bayelsa State. That day, the Honourable Henry Seriake Dickson would have completed eight remarkable years as governor of the most riverine and deltaic state in Nigeria known as the Glory of All Lands.

Without doubt, the towering figure commonly called the Countriman Governor would be leaving not only very big shoes for his successor but also an oversized bowler hat. Apart from his hugely successful and impactful developmental strides across the state, his oratorical prowess would also be difficult to match.

The governor’s zeal and passion to change the narrative about the state has stood him out. Today, Bayelsa’s story is intertwined with that of a man who bestrode the state like a colossus; not only transforming it but equally changing the governance culture. In every facet of the state, the Dickson imprint is indelible. The touch of the Ofurumapepe (the Great White Shark) can be felt even beyond the shores of the Jerusalem of the Ijaw Nation.

On November 16, 2019, Dickson’s successor would be elected, according to the timetable released by the Independent National Electoral Commission (INEC). The expectation is that his Peoples Democratic Party (PDP) would again produce the next occupant of the iconic Governor’s Office he built. This expectation is consistent with the fact that the PDP had won every governorship election in the state since 1999 when the country returned to democratic rule.

The governor’s sterling performance in office has made it even more difficult for any other political party to think about staging an upset in the November poll. This is regardless of the pretensions of the opposition All Progressives Congress (APC) governorship aspirants.

Already a titanic battle is brewing in the APC over the ambition of its aspirants. Interestingly, the aspirants, who were appointees of President Muhammadu Buhari, could not attract any significant project to the state throughout the president’s first term of four years. So, their ambition has a huge question mark hanging over it. With what are they going to campaign?

In any case, the PDP governorship ticket appears more attractive. At the last count, no fewer than 15 individuals are said to have indicated interest to succeed the current occupant.

Several considerations will determine who eventually picks the single ticket. Chief among which is the input of the governor, who is the undisputed leader of the party in the state. Dickson has a firm and unshakable grip on the party with his influence and significance further boosted as chairman of the PDP Governors Forum. So his preference and support for any aspirant definitely carry a lot of weight.

Interestingly, this also comes with a burden, which he recognises. But he has elected to be a team player. He said he would toe the path of consulting other critical stakeholders in the state and the party, including former President Goodluck Jonathan, who he calls “my elder brother and leader.” According to him, the PDP candidate would not be the product of an imposition but rather would emerge through the right process of consensus and consultation.

He said: “I led the party (PDP) to victory against a vicious opposition. I can lead PDP to victory again. I have done it repeatedly. In the primary election, there will be no form of manipulation. People talking about manipulation are anticipating that they should be imposed. I am not going to impose any of them. Any of them who feels he has the capacity and experience should make his case before the party and the people of Bayelsa.

“I hope the right person with competence and capacity emerges to build on the foundation my team and I have laid over the past seven years plus. I have no doubt that the right person would emerge with my support.”

The Jonathan factor is also being touted by those who think the former President can still pull the required strings to get his choice candidate to scale the hurdle. But at the moment, this could be a far-fetched expectation. Feelers within the state PDP indicate that the support and endorsement of the former president alone might no longer carry the expected weight. Jonathan’s taciturnity and aloofness towards affairs of the party in the state has largely whittled down his influence. In recent months, even his loyalty to the PDP and that of his foot soldiers has been called to question.

Most of his henchmen were said to have engaged in anti-party activities, particularly in his Ogbia Local Government Area. As a consequence, aspirants like Alaibe and even Okoya, who are perceived to be banking on the Jonathan factor, could be left with the short end of the stick.

Another topical but contentious issue is that of the zone that would produce the PDP candidate. The governorship slot has gone round the three senatorial districts at different times in the last 20 years under the PDP. The late Chief Diepreye Alamieyeseigha, an indigene of Amassoma community in Southern Ijaw Local Government Area, took the Bayelsa Central slot as the first elected governor of the state from 1999 to 2005.

Bayelsa East has been more fortunate to produce two governors. Dr. Jonathan completed Alamieyeseigha’s tenure in 2007 and had picked the governorship ticket to start his own tenure before he was nominated as the late President Umaru Yar’Adua’s running mate and eventually became Vice President. He is from Otuoke community in Ogbia Local Government Area. Sylva (from the same zone), an indigene of Okpoama in Brass Local Government Area, was then handed the PDP ticket and was governor from 2007 to 2012.

Dickson, from Toru-Orua in Sagbama Local Government Area under Bayelsa West, stepped in in February 2012.

So which zone would be the next beneficiary? Many clamour that the fresh rotation should begin with Bayelsa Central having produced the first civilian governor in Alamieyeseigha but who didn’t complete his tenure. This agitation and expectation has resulted in a high number of aspirants from the zone indicating interest in the PDP ticket.

Two related political events might however scuttle the aspiration of some of the contenders from the zone. On June 6, 2019, Hon. Tonye Isenah was elected Speaker of the sixth session of the Bayelsa House of Assembly. He is a third term member representing Kolokuma/Opokuma Constituency 1. Kolokuma/Opokuma local government area is under the Central Zone.

What is significant about these two events is that for the first time in the political history of the state, Kolokuma/Opokuma has produced the speaker of the assembly as well as the senator representing the zone at the same time.

This has however thrown up a fresh dynamics. Would the central zone and particularly Kolokuma/Opokuma still be justified to seek the governorship ticket of the party having produced the speaker and a senator? Would Bayelsa East in particular not feel shortchanged and alienated if the governorship eludes the zone? How would Bayelsa West take the political recalibration despite having the governorship slot for eight years?

Importantly, what happens to the aspiration of the governorship aspirants from the central zone? The case of Alaibe, who is also from Kolokuma/Opokuma council, appears quite instructive. He is believed to have returned to the PDP with his eyes solely fixed on the governorship ticket. Would his aspiration be aborted or would he pursue it on another platform if the PDP door is again shut against him?

A political analyst described the election of Diri and Isenah as the masterstroke of highwire politics. The perceived frontrunners might have lost out even before the real contest began.

Regardless of the permutations, many Bayelsans are of the view that Dickson’s successor should be a focused politician or technocrat with a clear Ijawcentric agenda. The outgoing governor has so far left no one in doubt about his desire to promote the Ijaw culture, tradition and renaissance. He wholly epitomised it in his dress sense, which always stood him out as a proud Ijaw ambassador.

The governorship cap might also not fit those without any business interest or key stake in the state. Bayelsans are tired of mercenary politicians that appear only during election seasons. They beat a fast retreat once they are unable to achieve their aspiration and reappear the next election cycle to hoodwink the people again. Such politicians do not feel the pulse of the people they seek to represent or govern.

In this category are the itinerant politicians who change parties at the drop of a hat. They do not build their parties. Rather they are opportunists. Their singular aim is to occupy the Creek Haven but do not invest in the youths or women in the state.

Bayelsa does not also need anyone who thinks the governorship is his birthright. Such aspirants surreptitiously sponsor media campaigns to run down every sitting administration. If they are not the ones in the saddle, any other person is not good enough. The man Bayelsa needs must have a clear blueprint on how to develop the state with well-articulated short, medium and long term goals and projection. Somebody who will create the required environment for jobs and positive engagement of the youths.

Somebody who will further the exceptional legacies of the Dickson administration and not seek to destroy them. A team player and not a wheeler-dealer politician who will mortgage the state’s interest on the altar of personal aggrandisement.

The state no longer needs a governor that does not have a zero-tolerance to violent politics or cultism. Enough of the bloodshed arising from cult and gang rivalries. The streets of Yenagoa must not be allowed to be watered any longer with the blood of the youths whose patrons are politicians. 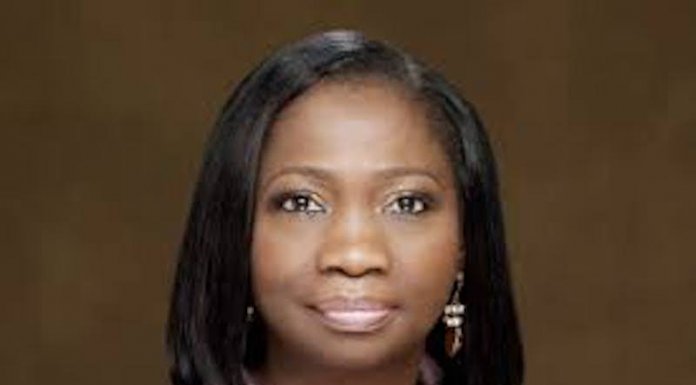 Abike at 58: The Other Side of an Amazon

‘Anambra Stadium Will be Ready for Action Dec 28’