Like the European Union Election Observations Mission (EU-EOM) that recently slammed the conduct of the 2019 general election, two United States’ institutes that monitored the elections said yesterday that the election did not meet previous standards and the expectations of Nigerians.

In their Joint report, presented in Abuja, the National Democratic Institute (NDI) and the International Republican Institute (IRI) said that 2019 elections were marred by irregularities, such as intimidation of voters/electoral officials, vote buying and election-related violence.

They also condemned the suspension of the former Chief Justice of Nigeria, Justice Walter Onnoghen, saying the judiciary plays a crucial role in post-election matters.

“Although many new political parties nominated candidates for the 2019 elections, the polls were largely a contest between the incumbent All Progressives Congress (APC) and the Peoples Democratic Party (PDP); the APC hoped to renew the mandate of President Muhammadu Buhari and consolidate its majority in the National Assembly and of governorship. However, the party faced internal wrangling and defections of some key figures in the months to the polls.

“The PDP fielded former Vice President Atiku Abubakar as its standard bearer and, entering the process for the first time as an opposition party, challenged the APC: record, claiming the ruling party not kept its campaign promises to fight corruption, improve security and boost the economy’’, the report said.
The IRI/NDI observation mission said that the 2019 elections did not meet the expectations of many Nigerians.

On security and elections related-violence, the report said, “Ahead of the 2019 polls, the poor security situation in Nigeria, mainly attributed to Boko Haram’s resurgence in the North-east, inter-communal violence in the Middle Belt and widespread crime and banditry, raised concerns about the safety of voters and candidates.

“Increased politically-motivated violence and conflict in the pre-election period was also a concern, especially around political party primaries in some areas.’’

The report further stated that for many Nigerians, the 2019 elections-the sixth since the country’s 1999 transition back to civilian democratic rule, were an opportunity to consolidate democratic gains and build on sound electoral practices.

‘’Significant improvements in the administration of the 2011 and 2015 elections boosted expectations in the 2019 electoral process. Moreover, Nigeria’s first peaceful transfer of power between political parties following the 2015 elections underscored for Nigerians that credible elections matter,” the report said.

The joint report further said that the last-minute postponement of the presidential and National Assembly elections on February 16 showed that INEC had underestimated challenges associated with the administration of the elections.

According to the report, “the commission did not communicate sufficiently with political parties and the public about election preparations. Such a late postponement likely depressed voter turnout and created confusion about the duration of candidate and party.

‘’Most significantly, the delay also undermined public confidence in INEC. After the one-week postponement, it increased its public outreach and communications through regular press briefings. Since the polls, however INEC has been slow to release information, including detailed results.’’

The report said that the last-minute postponement of the presidential and National Assembly elections on the morning of February 16, and delays in opening some polling units and other administrative challenges on February 23 undermined public confidence in INEC.
The report further said that political parties remain the weakest link among Nigeria’s nascent democratic institutions, saying “opaque candidate nomination processes led to violence in some states and many pre-election lawsuits.’’

The report also made reference to the paucity of women nominated to run on the tickets of the two major parties, the APC and PDP, saying it demonstrated Nigerian political elites’ lack of commitment to opening space for new faces and new voices.

It added that the political parties and their leaders did not uphold their commitment to peaceful and credible elections, and failed to restrain and hold accountable members and supporters who committed electoral offenses.

The NDI /NRI report said that the Electoral Act of 2010 was an important update to the electoral legal framework, but added that after the 2011 and 2015 polls, however, stakeholders identified areas where additional reforms were needed.

Lamenting President Buhari’s not signing the amended act, the report said, “In 2018, the National Assembly approved four versions of a bill to amend the Electoral Act. The measure would have codified important improvements, including imposing higher fines on media houses not providing equal air-time to competing political parties, making the voter register and election results electronic and publicly accessible, capping the nomination fees that political parties’ charge candidates, and extending the application of the Electoral Act to local government elections.

“Buhari withheld his assent to each version of the bill, ultimately citing the proximity to the election and the short time INEC would have to implement reforms. The president’s last rejection of the bill in December 2018, just a couple of months before election day, surprised most stakeholders and delayed the release of lNEC’s election guidelines.

“Other legal reforms to the electoral process recommended by Nigerian civil society were unrealised before the 2019 elections, including creating appropriate institutions to oversee political parties and prosecute electoral offenses, responsibilities that currently impede INEC’s focus on administering elections.”

In its recommendations, the joint report called for a national dialogue, stating that there should be a national conversation about the progress made since that transition and the vulnerabilities that must be overcome to make electoral processes more credible and the country’s democracy more resilient.

“The lRl/NDI mission urges Nigerian stakeholders to seriously consider these and other recommendations to improve the electoral process, unlike in previous years when suggestions by reputable citizens and international observation missions went unheeded.’’

Other recommendations include, legal framework and election dispute resolution; pursue a comprehensive, inclusive and expeditious electoral reform process; establishment of time limits for the adjudication of pre-election petitions and others

INEC: We Will Study the Report

Meanwhile, commenting on the report, the National Chairman of INEC, Prof. Mahmood Yakubu, said the commission would study the recommendations in detail and would continue to partner with the institutes to improve the electoral and democratic processes in Nigeria.

“We have already embarked on our own internal reviews. Your report is coming at the right time. I wish to assure you that we will implement aspects of your recommendations that require administrative action by the commission beginning with the forthcoming Bayelsa and Kogi governorship elections scheduled for 16th November 2019,” Yakubu said.

He also assured that the commission will also work with other institutions on aspects of the recommendations that require consequential action beyond the mandate of the commission.
He noted the joint team IRI and NDI were among the 39 foreign organisations accredited by the commission to observe the 2019 general election.

“It is therefore our expectation that your report is all-encompassing with clear recommendations for all institutions involved in the electoral process. Given the size and peculiarities of different parts of the country, it is understandable that no single observer group covered every polling unit and collation centre throughout the Federation.

“For the 2019 general elections, the Commission accredited 159 organisations (39 foreign and 120 domestic) which deployed a total 73,258 observers. Some of the organisations have already submitted their reports.” 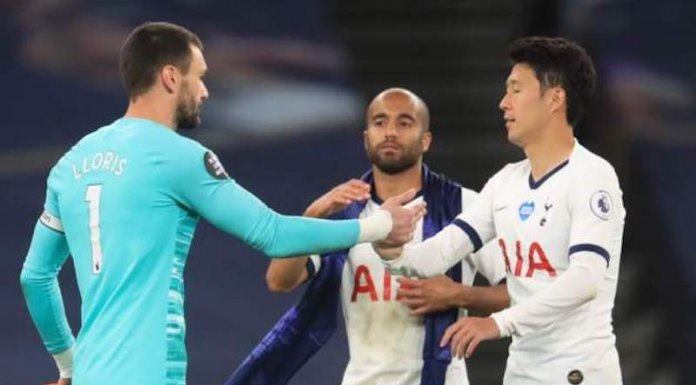 Moghalu’s Quest to Move Anambra to the Centre