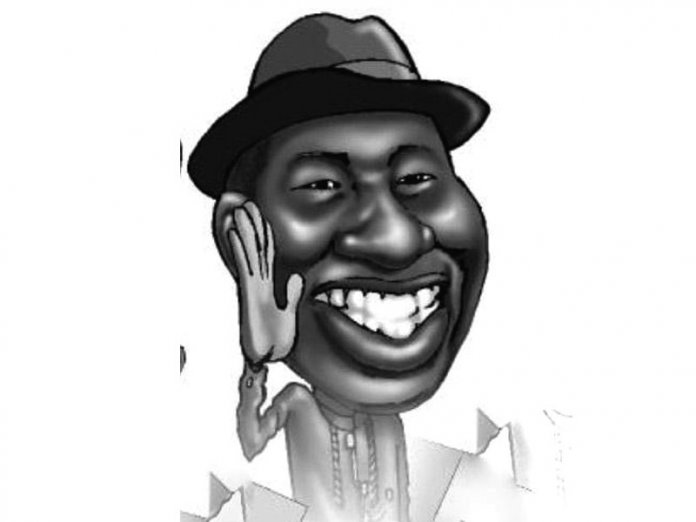 Those who are dragging the former president into the oily deal are mischievous, writes Azibola Omekwe

How time flies! It is another moment of euphoria as our country chalked 20 years of uninterrupted democracy. A 20-year-old child is addressed as an adult. It is trite to mention here that in the past 20 years the Nigerian state has had successive governments that have supposedly operated with the common mandates that are for the interests of the people. Each government has had the cause to consummate or consolidate on the good efforts of its predecessor. Some projects, programmes, policies, contracts have had to be adopted or inherited by successive governments in good faith. For example, the Olusegun Obasanjo regime saw the light in the adoption and consummation of mobile phone project which foundation is traced to late General Sani Abacha. President Muhammadu Buhari saw the financial discipline arising from BVN and TSA; he keyed in even if they were never his projects. One of those many beautiful projects worthy of inheritance was from the military administration of General Sani Abacha which aimed at encouraging indigenous participation in the upstream sector of the oil and gas industry. This policy came with a signature bonus payment whereby the licensees’ companies were to enjoy a one-time fee for securing oil licences notwithstanding the licensees’ economic benefits. While people in some quarters might have read wrong meanings to it, it was to encourage local content.

Talking indigenous encouragement, Gen. Abacha’s administration in 1998 allocated an oil prospective licence (OPL) 245 to Malabu Oil and Gas Limited. The deal has so far gained popularity as the Malabu deal. The deal saw Malabu oil and gas appoint Shell Nigeria Ultra Deep Limited (SNUD) as its technical partner in an oil block that would be allegedly revoked in 2001 by the Obasanjo administration, and later on re-awarded to Shell without public bid. That transaction short-changed Malabu and would later attract the futile intervention of the lower chamber of the national legislative house. Malabu resorted to judicial cover, and later on in 2006, both Malabu and the federal government found themselves amenable to an out-of-court settlement. The feat which saw that 100 per cent of the OPL 245 was restored back to Malabu Oil and Gas Limited was executed on November 30, 2006 as the consent judgement of the Federal High Court. Recall that incidentally this happened under Dr Edmund Daukoru, the then minster of state for petroleum under President Olusegun Obasanjo government. Goodluck Jonathan, who later became the commander-in-chief and today being accused of it might have read it in the papers. Not satisfied, Shell resorted to litigation, but later thought it wise to negotiate directly with Chief Dan Etete, the face behind the mask of Malabu in 2010 to 2011 when it was finally actualised.

This piece is not a frolic on the transaction called the Malabu deal, but it is important to go through the timeline right from 1998 to date in order to remove all its dark silhouettes. In 2017, the Economic and Financial Crimes Commission (EFCC) torch-lit on the Malabu deal seeking court order to return the block to the federal government. In its wisdom, the court held that ownership of the block be maintained with Shell and ENI. The fulcrum of this piece is on the allegation calculated to tar the image of former President Goodluck Jonathan.

In 1998 licence was allocated by the Abacha government for the sum of $20 million, a one-time pay off. In 2001 it was allegedly revoked and handed to another company. The original owner revolted and sought redress at the parliament and later at the court, and it got justice in 2006. The other party attempted judicial processes, but later thought it wise to negotiate with its counterpart and the negotiation finally got through in 2011. And the negotiation finally finished up incidentally under someone’s government. It has become imperative that we quarantine this issue and fish out the culpability of Dr Goodluck Jonathan in the light of EFCC claims. This is not an attempt to endorse corruption knowing that a lot of money had been siphoned in numerous shady oil deals. But in this case, where has Goodluck Jonathan been found wanting? Could it be he is culpable for allowing the negotiation between two private parties take place in his government? Is he culpable for abiding by the consent judgement of 2006? Dr Goodluck Jonathan is well known for his respect for the judiciary and judicial processes. To him, whatever the court says is what God had said because the court is the representative of the constitution. It is pertinent to state here that God Himself wants us to respect our constitution. Should he have frustrated the negotiation permitted by the court for fear of today? I think the answers are all in the negative.

From 1998 to 2011, the deal had lived five heads of state, several Attorneys General of the Federation and particularly signed by a minister of petroleum (not under Goodluck Jonathan government). Why is Goodluck Jonathan who only saw the last phase being painted black in this case? Could it be that four intelligent predecessors of his who scrutinized and approved of the deal did so mala fide? The answer is definitely in the negative. There are extraditions, litigations going on across Italy, USA and the UK on certain scandals surrounding the Malabu deal, but it is pertinent to note that no one party has either advertently or inadvertently mentioned Goodluck Jonathan’s name. There is no immunity covering him anymore. The investigation cannot be said to be forestalled and frustrated in nailing him if he is culpable. Could it be possible he has bribed the investigators still? Definitely not! Is the federal government pressurizing the prosecutors in other jurisdictions to amend their charge sheets to include Goodluck Jonathan by any means? Sincerely, those investigators and prosecutors know the common principle of the law that you cannot put something on nothing and expect it to stand. There is no trace of culpability of the former president. Litigation is determined on the strength of your case. Frivolous and vexatious claims are always discouraged.

I think it is high time state sponsored elements stopped the rash display of imagination. The right thing to do is to sue if you ever have a good case instead of publishing sensational reports in the media. Truth is, while it is also not being canvassed that the case be abandoned, it is not wise to drag innocent persons into it. It is even better not to follow this boring path of media trials. Malabu has been there since 1998 when Goodluck might not have even thought of being the president of this country. How come it’s suddenly a wholly Goodluck Jonathan’s affair?

Let this serve as opportunity to remind this government that as at the time of writing this piece, a high-ranking official of the government is allegedly hiding from the EFCC, following a scandal running into hundreds of millions of naira.

In recent times, an ace journalist, Ahmed Isa, canvassed that the president stopped all developments in the country and face the security situation clearly. It can be guessed accurately that all the print and online media in Nigeria today have issues involving banditry, kidnapping, robbery, etc., as their headlines. Nobody is sure of himself anymore. The roads are no longer passable, not because they are only bad but of criminals christened herdsmen. Lest we forget, the latest trend now is suicide, so much so that a national summit is being canvassed. That sounds like a medical report depicting this regime. May God help us! Until one takes a walk to the embassies and high commissions, you would not know that we are not the 200 million population as claimed. Nigerians are leaving by any means. These are issues for this government to tackle head-on and not personal vendetta.

To tackle corruption is not to tackle imaginative enemies. To tackle corruption is to borrow the Goodluck template of tackling it institutionally. Let them take example from the financial reforms that his government introduced; Bank Verification Number and Treasury Single Account that are a toast of every country today. The last time Nigeria enjoyed 30 per cent Returns on Investment (ROI) was in Goodluck’s regime. Penultimate week, the Economist magazine said Nigerians have become poorer since the last four years. Or put like this: Nigerians have become poorer since Goodluck Jonathan left office. This feat has seen him taking his trade to continental and intercontinental climes attending to pressing global issues.

Presently, what is trending is that Nigeria is internally haemorrhaging from contract fixation. Put it in the budget and borrowed funds from China would be used to pay. These are what bother Nigerians today and not how one Goodluck Jonathan was ferried into the Malabu oil deal processes. At any rate, where his government stood in this long-distance conveyor belt of Malabu deal, he obeyed the law.