American teenager Amanda Anisimova reached the semi-finals of the French Open with a straight-set win over defending champion Simona Halep.

Anisimova had never won a match at Roland Garros before this year but is yet to drop a set on the way to her first Grand Slam semi-final.

Anisimova is the youngest player to reach a major semi-final since Nicole Vaidisova at the 2007 Australian Open.

“This is honestly more than I could ever have asked for,” she said. “If I didn’t look nervous it’s because I wasn’t.”

As well as winning her solitary Grand Slam title in Paris, former world number one Halep, 27, was runner-up at this tournament in 2017 and 2014.

But her defeat means there are no Grand Slam champions left in the women’s draw.

“I feel sad, because every time when I lose, I’m sad,” said Halep. “And I’m a little bit upset because I couldn’t make my game. I couldn’t move normally.”

Anisimova is one of two teenagers in the last four as Czech 19-year-old Marketa Vondrousova will face Britain’s Johanna Konta in Friday’s other semi-final.

The defeat of Halep is not Anisimova’s first upset at Roland Garros. She also beat 11th seed Aryna Sabalenka in straight sets in the second round.

The American missed the entire 2018 clay season with a right foot injury but has made up for it this year, winning her first WTA title in Bogota two months ago.

That made her the youngest American to win a tour title since Serena Williams did so aged 17 at Indian Wells in 1999.

Anisimova’s previous longest run at a Grand Slam came at her maiden Australian Open earlier this year, where she reached the fourth round.

If she goes on to win the title, she will become the first teenager to win a Grand Slam since Maria Sharapova won the 2006 US Open aged 19.

Ex-Commissioner, Others Defect to APC

Ex-Commissioner, Others Defect to APC 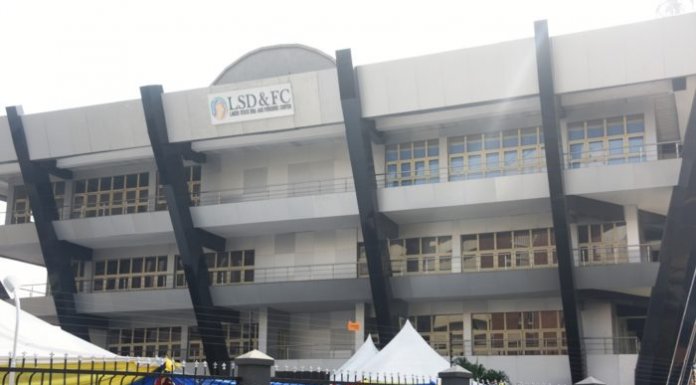 RELATIONS BETWEEN EUROPE AND AFRICA