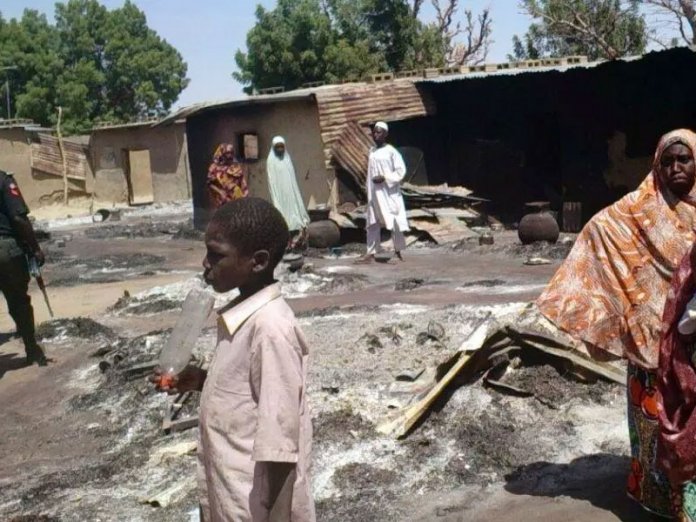 Bandits were said to have allegedly killed 16 persons in Kanoma District of Maru Local Government Area (LGA) of Zamfara on Sallah day.

Confirming the attack wednesday in a press statement in Gusau, the state capital, the Director General on Media to the state governor, Yusuf Idris, said, “the governor visited the community and sympathised with them”.

“During the visit, the governor also directed security agencies to immediately “swing” into action and bring the perpetrators to book.

“The governor also directed the movement of 14 persons, who sustained injuries from gunshots from Kanoma General Hospital, to the Federal Medical Centre, Gusau, for better medical care.

”The bill should be charged to the state government,” he said.

He then expressed the state governor’s resolve to join hands with well-meaning individuals and groups in the state to bring an end to armed banditry in the state.

The News Agency of Nigeria (NAN) reported that the District Head of Kanoma, Yahaya Mohammed, had told the governor that the bandits invaded the area in the evening and fired gunshots sporadically, which led to the death of the 16 persons, with 14 injured.