Nigeria’s Flying Eagles were again uninspiring on Thurday night as they managed to hold Ukraine 1-1 in their last Group D match of the ongoing FIFA U-20 World Cup Poland 2019 in a chilly Bielsko-Biala Stadium.

The draw result earned the Ukrainians top spot in Group D with seven points. USA that defeated Qatar in the group’s other match last night finished as runners up on six points.

A superior goal difference means Nigeria will also continue the campaign at the U-20 World Cup expedition, taking four points from three matches and likely to finish as one of the best third-placed teams.

The Ukrainians who were content with a draw result as their previous two wins had landed the team in the knock out stage employing their tried-and-true strategy of congesting the middle with three central defenders.

It frustrated the Flying Eagles attack for much of the first half, although a more enterprising bench would have known what to do to surmount the trick employed by the eastern Europeans.

Danylo Sikan headed home from close range in the 30th minute to give Ukraine a 1-0 lead.

A penalty awarded in the dying minutes of the first half that would have enabled Nigeria to tie the game one-all before the interval was fluffed by lanky Muhamed Tijani. He fired a tepid kick into the hands of goalkeeper Andriy Lunin.

Three minutes into the second half, Nigeria again had another penalty awarded to her. AVR confirmed that Denys Popov handled Tijani’s shot on goal. The Nigerian forward got it right this time, firing past Lunin to ensure the two sides shared the spoils.

In the group’s other game, a sublime 76th-minute Timothy Weah goal earned USA a 1-0 win that advanced them to the knockout phase as runners-up. The 1-0 victory extinguished opponents Qatar’s faint hopes effectively.

The Asians surprisingly had the better of the first half. Hashim Ali had their best chance, going clean through, but David Ochoa, making his first start in Poland, made a fine block and Yusuf Abdurisag couldn’t convert the rebound.

USA will face the winners of today’s Group E clash between France and Mali – in Bydgoszcz.

editor - July 12, 2020 2:51 am
16
SIMONKOLAWOLELIVE!  BY SIMON KOLAWOLE  On Friday, President Muhammadu Buhari discharged the ritual of signing the revised budget into law. That, we know, is the easiest... 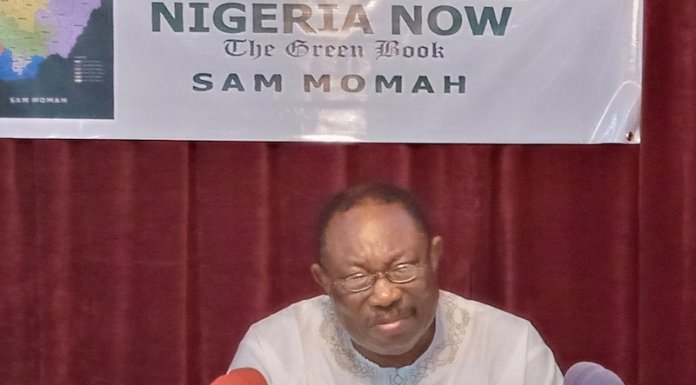 Ayanwusi: My Parents Had Written Me off Until I Encountered Christ