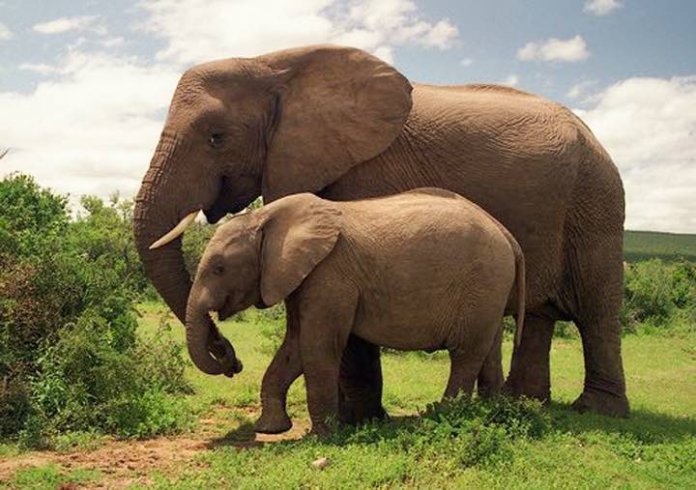 Late last year, a family of elephants turned up in Zaria Kala-Kala village, Kebbi State. At the report of their sighting, the governor of the state, Atiku Bagudu, ordered their protection pending when they would be handed over to the appropriate authority.

As you can imagine, this was an initially difficult task as the elephants destroyed farms across some local governments while foraging.

According to the state’s commissioner for Agriculture, it was the first time in the state’s history that elephants would besiege their farms. Their issues had always been with the hippopotamus.

However, the governor’s assurance that farmers would be compensated not only avoided a clash with the elephants, but made them welcome guests who have now decided to make the state home.

Recently, the governor hailed farmers living along the fringes of the River Niger in Koko/Besse and Bagudo Local Government Areas for protecting the stray elephants. Apart from protecting the endangered animals, the largest land mammals in the world, the farmers also provide them with feeds from their farms.

“I urge all communities in the state to continue to provide information and support until the animals return to their rightful location,” the governor said.

He used the opportunity to warn the public against poaching of wild animals, adding that whoever inflicted injury on animals would face the full wrath of the law.

But if statements by the First Lady of Kebbi are anything to go by, the elephants are there to stay.

Zainab Bugudu said last week on Twitter: “These awesome elephants that strayed into Kebbi last year are safe and thriving. The mama and baby stay at ‘home’ whilst papa elephant roams the land. He always comes back. Typical.”

She revealed that the elephants had established a range and knew their bounds, negating the need for curtailing their movement.

“The elephants have created a natural ‘zoo’ for themselves,” she said. “They don’t go beyond certain limits; always return. The host community in Zaria Kalakala protects them and can always tell you where they are. They have feeding points. It’s really quite interesting.”

From her comments, you can sense her excitement and her appreciation.

“Indeed, we thank Nature, His Excellency and the receptive host community. I just ooh and aah and share amazing pictures with you.”

The coexistence between the elephants and humans in Kebbi is worth the excitement it generates. Unlike other instances where the animals are either kept in a zoo or have a reserve demarcated for them, this is a natural relationship built on mutual trust which may help resuscitate the dwindling elephant population in Nigeria.

Elephants are a cornerstone of the $34 billion tourism industry across Africa. They play a critical role as ecosystem engineers, providing a way for important soil nutrients to be spread around on a massive scale.

As natural gardeners, and sculptors of Africa’s most iconic landscapes, elephants help to disperse seeds and create spaces for other plant species to grow.

However, they face an uncertain future in Nigeria. Once widespread across the country, elephants have declined by more than 50% in less than 20 years.

Reliable information about many of these small herds is generally lacking. However, it is known that a small herd of elephants survives in the region around Kwiambana Game Reserve in Zamfara State and Kamuku National Park in Kaduna State.

The largest and most important elephant herd remaining in the country is located at the Yankari Game Reserve in Bauchi where an estimated 100-150 elephants survive.

Interestingly, there are two species of elephant in Nigeria. The ones mentioned above are the savannah elephants of northern Nigeria.

The other is the forest elephant in the south. It was recently reported that these southern elephants may be around 200 remaining in the wild.

Like their cousins in the north, the animals face the twin threat of loss of habitat to development on one hand, and being poached for their ivory on the other.

However, only organised conservation work, public support and enlightenment, and good habitat management are capable of saving the elephants from extinction in Nigeria.

Hopefully, the love and care being shown to the elephants in Kebbi will be replicated wherever they are found and might help increasing their population.

If well harnessed, wildlife tourism will be a long overdue complement to Nigeria’s tourism drive which at the moment, stands on the twin pillars of culture and entertainment.

Saving the elephant population is the least the country can do, after seeing the depletion and near extinction of other animals responsible for tourism income in other African countries.

The fact that elephants are peaceful animals, is a reason for their survival next to humans. Unfortunately, the lion for example – due to its nature – can’t find solace in host communities, which has invariably, threatened its population, in the absence of a concerted government effort at conservation.

Lions will soon disappear completely from Nigeria, according to experts. At the moment, there are only two areas in Nigeria home to lions: Kainji Lake National Park in Niger State, in the northwest, where approximately 30 cats live, and Yankari, where researchers believe there might be less than five.

With the example set by the host community in Kebbi State, Nigeria elephants shouldn’t suffer the same fate.