Lately, much dust has been raised about the economic opportunities inherent in the increasing global trade in cannabis. This debate had engaged the global players in the economy. The local fire was inflamed in Nigeria during our preparations for the general election last year by one of our presidential candidates who campaigned on the promise that if he won, he would make Nigeria, a global player in the cannabis trade market.

The temperature of the debate was increased last week when it was publicly stated that Mr. Rotimi Akeredolu, the Ondo State Governor with the NDLEA Chairman as part of his entourage, was in Thailand to study and advocate for Nigeria’s participation in the global cannabis market with Ondo State acting as the driver of the initiative.

There is no doubt that there is so much to know and fully appreciate in this dangerous engagement.

CADAM – Christ Against Drug Abuse Ministry – an NGO involved in various activities in preventive, treatment and rehabilitation and aftercare services to curb the frightening increasing trend in substance abuse in our Nation, is greatly disturbed by this intention of the Ondo State Government and for many reasons.

I will come to that presently.

But first, some facts about the present situation of drug/substance abuse in Nigeria and the efforts made over the years by the government, local NGOs and international agencies to curb or eliminate this scourge.

The National Drug Law Enforcement Agency (NDLEA) was established in 1989 through Decree 48 now Laws of the Federation 1990 charged to do the following – eliminating the growing, processing, manufacturing, selling, exporting and trafficking of hard drugs of which cannabis is a significant component. That Law has not been amended in any form to the best of our knowledge.

Just recently, worried by the increasing involvement of our teenagers and youths in the use of dangerous and sometimes prescriptive drugs, with the attendant consequences of destructive practices amongst them and in the general population, the Federal Government inaugurated a Presidential Commission, PACEDA (Presidential Advisory Committee for the Elimination of Drug Abuse), to engage the various stakeholders in the society and thereby find a way to significantly deal with this societal menace.

From our experience and interactions with this Committee, we are glad to say that a great work is being done.

We must not truncate their intervention through this unnecessary distraction that seems to concern itself with economic benefits to the detriment of the social and personal health of our nation and its teeming vulnerable youth population.

It is important to highlight some frightening statistics that should worry every Nigerian about this growing epidemic. Yes, we are in an epidemic and we better face that reality and consequently team up with the Federal Government through PACEDA and all other agencies or bodies working in this drug prevention area.

Recently, Prof. Moji Adeyeye, the Director-General of NAFDAC told a shocked Nation that over 70% of the youths in Kano State are on drugs!

Let us also state that the codeine ban does not now seem to be the desired first approach. Before the ban, codeine-containing cough syrups were available for less than N1,000 but today, this same medication can be obtained by users for anything fromN5,000 to N10,000! We have just driven its sale underground and the market is booming to those who know where to purchase.

It is a known fact from surveys that 90% of abusers are teenagers and young adults aged 15-29. Most unfortunately and from our field experiences, the age of use is coming down even to as young as 9 years old!

80% of substances traded in and used in Nigeria is cannabis/marijuana. And this is with its illicit growth and use. We can only then imagine what will happen when an unrestrained growth is permitted. How much of official deterrence is possible with the growing trend of various criminal activities that are stretching the capabilities of our law enforcement agencies?

About 15 million Nigerians use drugs – this probably represents the total population of Ghana, Togo and Benin put together.

The above translates to about 14% of the population.

The South-West Region comprising of Lagos, Ogun, Oyo, Osun and Ondo States account for about 22% of drug use and 14% of cannabis use.

This is therefore not the time to join the global bandwagon of cannabis trade. The consequences of this action will hurt us in the future coming on the heels of the dangers of the present unchecked trend.

There is no doubt that there are medical benefits of cannabis but all these are done under controlled environment and for specific ailments or purposes.

Some of the constituents in cannabis like cannabinoids THC ( tetra hydrocannabinol) cannabinol (CBN) and cannabidiol (CBD) – used in the treatment of childhood epilepsy, neuropsychiatric disorders, cancers, anxiety, etc are still being researched even as they are being used. That should be the direction of engagement in our opinion.

It is known that about 10 States in the USA have legalised the use of cannabis for recreational purposes and Canada did the same last year.

Many of these states are beginning to register an emergency room increases in the reported cases of psychoses. Colorado has reported about 40% increase. Every care is needed to understand the trend and therefore protect the future of our young population. The future is more pregnant for the growth and development of our nation than the immediate pecuniary benefits of today. Whoever sows the wind will reap the whirlwind.

We in CADAM do not think that with the present situation, we should tinker with what we have not properly researched and articulated an evidence-based approach.

The global cannabis market offers about 32 billion dollars potential according to the BDS and Arcview Market research. About 23 industries ranging from medical to pharmaceutical and others, are angling for a part of the groovy train but a lot of work needs to be done here before we jump into the ocean of seeming opportunities. We must learn to swim first!

We are pleased by the immediate intervention of the General Buba Marwa led PACEDA in the debate.

Nigeria can ill-afford to join the global fad without understanding what the consequences may be, particularly with the precarious state of our own local drug/substance use situation.

In conclusion, as indicated in our proposal presented to PACEDA during their visit to Lagos State in April 2019 and to various state governments we have approached to partner with in their various initiatives to combat this menace, we are again stating publicly that we are against any surreptitious moves to ‘legalise’ the growth, production and consequent use of cannabis without any template to counter its consequences.

We are willing to partner with the Federal Government, the State Governments (as we are already doing with Lagos State), the Local Governments, every other local and international agencies to combat the menace of drug and substance abuse.

Nigeria is in an epidemic and we must all work together to save the soul of our nation and the lives of our young population who look up to us for the safety of their future.

*Dr Dokun Adedeji is the Director-General of CADAM

LCCI Seeks Lifeline to Save N1.4tn Investments in Hospitality Sector 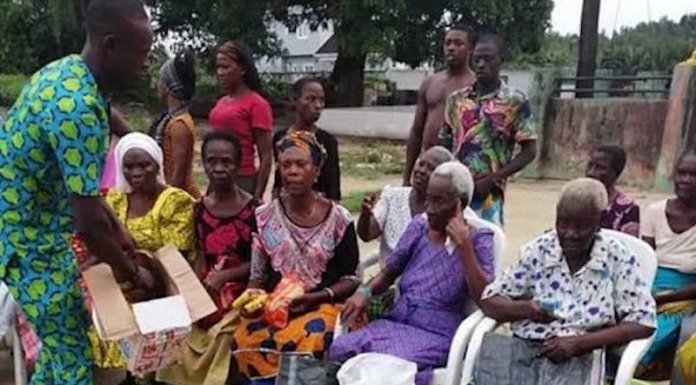 Tourism will Lose Minimum of $1.2tn to Pandemic, Says UN