The MTN Foundation, through its community development initiative –‘What Can We Do Together (WCWDT)’ appears to be changing the narratives about the restoration of the Nigeria’s health standards, especially as it concerns infant and maternal mortality rates in rural communities.

In March 2018, the Co-chair of the Bill and Melinda Gates Foundation, Mr. Bill Gates in an interview with news channel, CNN, while reviewing Nigeria’s quality of health standard declared that the country was one of the most dangerous places in the world to give birth.

He said: “Nigeria is one of the most dangerous places in the world to give birth, with the fourth worst maternal mortality rate in the world ahead of only Sierra Leone, Central African Republic and Chad. One in three Nigerian children are chronically malnourished.”

Death in any form is one of the most tragic experiences for those left behind, it is especially painful when the deceased is young and the death could have been prevented.

Yet this is what happens in Nigeria – young vibrant mothers and their little ones are dropping like flies and yet the right amount of eyebrows have not been raised.

Eyebrows should be coasting the ceiling and rendering the heavens at the fact that “a joint report (Trends in Maternal Mortality: 1990 to 2015 by WHO, UNICEF, World Bank and the United Nations Population Fund) estimates that Nigeria has approximately 58,000 maternal deaths, accounting for 19 per cent globally.”
At least 800 women die in every 100,000 live births. The ideal anger stemming from this should be sufficient to raise a public outcry. But Nigeria seems relatively silent about this.

In 2017, Professor Isaac Adewole, Minister of Health, instituted a 34-member task force to aid the reduction of maternal mortality, explaining that it “remains unacceptably high in Nigeria, ranking among the highest in the world and the rate of reducing these deaths has been slow as many of the contributory factors remain unaddressed. The Federal Ministry of Health is committed to bringing it to an end.”

And why is infant mortality one of Nigeria’s worst health issues? The deplorable health care system in Nigeria, inadequate training of front-line health workers, ignorance midst mothers among other reasons have contributed to the sorry state.

Many Nigerians can recount a woeful experience of neglect, and abandonment in relation to their interaction with the healthcare system in the country. The constant prayer on the lips of the Nigerian is – “God, do not let us see the trouble of sickness!”

The World Health Organisation (WHO) describes a good health system as one that delivers quality services to all people, when and where they need them. Many Nigerians will look lost if you ask them to point to any health structure that provides them with these.

Those who lack access to good health care have resorted to self medication, because it is a cheaper and more accessible alternative. From June to December, 2007, a study was conducted at the General Outpatient Clinic of the Federal Medical Centre, Owo, Ondo State, Nigeria.

That is a rough sketch of the Nigerian reality and with the lack of good public healthcare; the combination is lethal for a new mother and her child.
Prof. Chinyere Ezeaka, President of the Nigeria Society of Neonatal Medicine (NISONM), a subspecialty group of pediatricians, shared in an interview, that “Nigeria has the highest number of newborn deaths in the whole of Africa and the second highest in the world after India. The statistics are quite grim”.
Access to quality care has been one of the country’s greatest failings. With a population of well over 180 million, the need for good health care should be deemed sacrosanct.

But as with most issues in Nigeria, the reverse is the case. According to the Lancet Global Health, 376,039 deaths occurred in Nigeria in 2016 as a result of insufficient access to qualitative healthcare.

At this point, it is clear that efforts from the government alone cannot sufficiently address the emergency we have in our hands. There is need for increased involvement of all well-meaning and resourceful Nigeria– individuals and especially corporate. Intervention are needed at fire alarm rates.
The MTN Foundation (the social investment vehicle of MTN Nigeria) has taken tremendous steps in this regard. The third edition of its ‘What Can We Do Together’ initiative, which provides Nigerians with the opportunity to nominate their community for a developmental project, kicked off in 2018.
The initiative is geared towards developing grassroots communities through collaborative efforts. Statistics from the first two phases points to the outstanding reception the initiative has enjoyed.

Over 10 million Nigerians in more than 400 communities in 347 local government areas benefited from the initiative; with various communities receiving transformers, boreholes, etc. The third edition began with calls for nominations that provided well-meaning Nigerians the opportunity to tap into their altruistic identities and nominate a community that requires a specific amenity – school learning materials, upgrade of a primary health centre or installation of a borehole. Upon the completion of the nomination phase with thousands of entries from Nigerians, verification of nominated communities began.

The verification process afforded the company opportunity to authenticate the nominations submitted and provided a first-hand access to these communities, its people and their particular needs. A key focus in this phase of the initiative is the upgrade of primary health centre (with special attention on the maternal ward) in various communities in all states of the federation, including the Federal Captial Territory.

The upgrade of these existing health centres in the rural communities will facilitate access to quality healthcare, especially for mothers and children. This means that Nigerians in these communities will, hopefully, have access to better health care, ‘when and where they need them.’

The Executive Secretary of the Foundation, Nonny Ugboma, explained the driving force behind the initiative at the flag-off of the third phase. “At MTN Foundation, we are committed to improving the quality of life in our communities. It is a mandate we are working steadfastly on and we believe that Nigerians deserve the best. Working with them to achieve this common goal will help make life easier, better and brighter.” 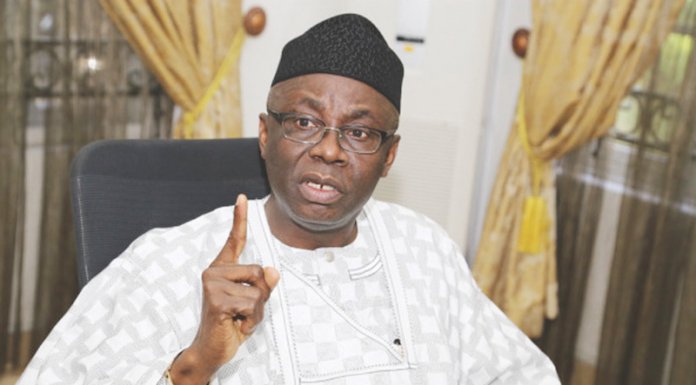