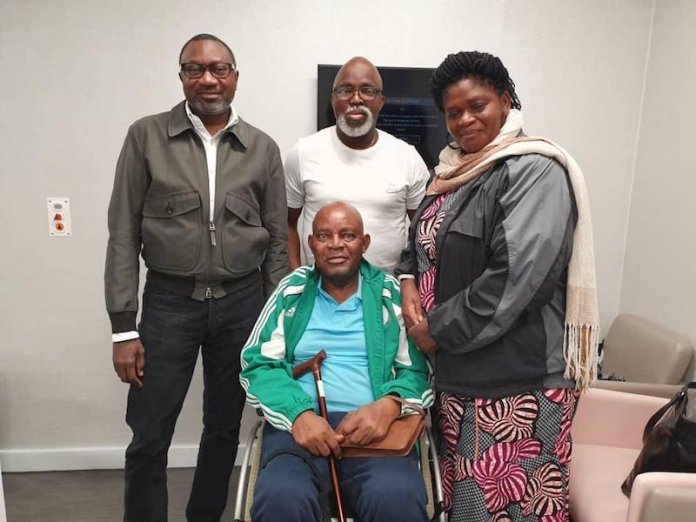 As expected, the Flying Eagles of Nigeria will not be caught off guard when the new rules of the game introduced by FIFA take effect from 1st of June.

Nigeria is one of the qualified teams for the FIFA Under-20 World Cup that have benefited from the world football governing body’s decision to school all the participating countries in Poland.

THISDAY had in March this year sought to know the federation’s plans to educate its players ahead of multiple international competitions Nigeria will feature in this year when the new rule takes off on June 1. Nigeria will be in action this summer at the Africa Cup of Nations (Super Eagles) in Egypt and the FIFA’s Women’s World Cup in France with the Super Falcons as well as in the Under-20 World Cup in Poland.

But yesterday, the NFF through its image-maker, Ademola Olajire confirmed that FIFA had schooled all the participating countries including the Nigerian team on the new rules at the Under-20 World Cup in Poland.

“Immediately after the FIFA arrival meeting, traditionally held to welcome participating teams to the FIFA World Cup, FIFA referee instructor Jerome Damon, a South African FIFA badged referee, took the players and officials on the new laws of the game, which would hold sway at the finals,” Olajire, announced yesterday.

It is also expected that FIFA and the Confederation of African Football (CAF) will extend similar gesture when the two high profile international football competitions get underway next month in France and Egypt respectively.

At its (IFAB) 133rd Annual General Meeting held on March 2nd, 2019 in Aberdeen, Scotland, five major changes to the rules of football were adopted and are expected to come into force from June 1st this year.

While some are minor, others are a lot more dramatic. First, there will be no rebounds from penalties, meaning play will stop for a restart if a penalty is saved or hits the post. There will no longer be opportunity of a follow up to score from such rebounds.

Henceforth, handballs either voluntarily or involuntarily will no longer be allowed except if the action leads to goal.

Also, a substituted player can leave the field anywhere to guard against time wasting by advantaged team.

IFAB also ruled that players can now touch the ball in the area after a goalkeeper kicks it out unlike before that players could not touch goal kicks before they exited the box.

Finally, coaches will receive cards instead of reprimands. Now, they can be able to be given yellow and red cards just like players.

The Flying Eagles and Super Falcons are the first to encounter the new rules starting from tomorrow in the Under-20 tournament in Poland while the Women’s World Cup finals starts in France from 7th June to 7th July. Super Eagles come next at the Africa Cup of Nations final in Egypt scheduled for between 21st June to 19th of July.

THISDAY recalls that the then Green Eagles were victims of the ‘ball-in-flight’ rule when it was introduce late 1987.

Indomitable Lions of Cameroon were the beneficiary of that rule as the goal they scored was considered legal in the group stage clash against Nigeria in the Nations Cup tournament held in Morocco in 1988.

Most local pundits and Nigerian bench felt the team was robbed, that the centre referee judgment was wrong to have allowed that goal to stand.

The Nigerian coaches insisted that it should have been ruled an offside. However, the rule was later interpreted to the team to avoid such mistakes in their subsequent games.

FIFA has been striving to improve the behavior of players during matches and thus call for changes in the rules.

Nigeria first appeared at the FIFA U20 World Cup in 1983 in Mexico, defeating then Soviet Union 1-0, losing 0-3 to Brazil and drawing 0-0 with the Netherlands to crash out at group stage.

The Flying Eagles took the bronze medals in 1985 at the expense of hosts, Soviet Union (after penalty shootout) and reached the final in 1989, losing 0-2 to Portugal. Nigeria again reached the final in 2005, but were undone by two penalties taken by Lionel Messi in a 2-1 defeat.

What Next for Emmanuel Dennis?