The best of African art and design, lifestyle and technology form the nucleus of the 2019 edition of WISHAfrica Expo set to take place in London in June. Yinka Olatunbosun sought the details of this pan-African event from its founder, Lola Emeruwa

Picture this scenario: 2,000 visitors daily, large installations, a variety of African arts, food, fashion, architecture, all in just two days. London will be indeed taken by a positive storm come June 8 and 9 when WISHAfrica Expo berths in the United Kingdom.

WISHAfrica, established three years ago, is a social enterprise at its core. Starting off as a media platform, it has been an eye-opener to investors that are wooing Africa for commercial interests. The success stories of Africa’s emerging markets which had given rise to festivals and international conferencesmay have inspired Lola Emeruwa, the founder of WISHAfricato make a reality the big dream of bringing the best of African art, design, fashion, travel, food and drinks, architecture and technology beneath one big roof, that is Olympia London in the heart of Kensington.

In an exclusive chat in Lagos, she explained how the WISHAfrica EXPO will contribute largely to Africa’s economic and cultural development in the long run even though the EXPO is to kick-off in the United Kingdom.

“The easiest place to have started would have been Lagos. This is where I live. It was for two reasons that we chose the UK. A lot of people who have helped to push the envelope of the African story are currently based in the UK. We are talking about the likes of Yinka Shonibare, Ikoyi London and David Ajayi. Secondly, London is a good place to disseminate information from. You cannot discountenance the power of the western media to establish the expo,’’ she said, adding that the show is going on tour across different parts of the world in future.

One of the first issues raised with Emeruwa was the security of the venue. In recent years, large gatherings are generally known to be vulnerable to vicious attacks. She assured visitors of the presence of security personnel at the venue to maintain peace, protect lives and property. Besides, the venue is a choice destination for many exhibition events.

A lawyer by training, Emeruwa is an operation consultant with expertise in event management, project co-ordination and recruitment. She had worked in the luxury industry with respected brands such as Marc Jacobs, Louis Vuitton, Christian Louboutin amongst others. Hence, in terms of quality assurance, Emeruwa knows her onions.

For the plenary session at the WISHAfrica conference, she disclosed that negative stereotypes of Africa will be deconstructed.

“28 African speakers will speak at the conference with the theme, “What is Africa?’’. What we are trying to do is to investigate the assumptions about Africa. We want to look at what Africa means to the world. The story of Africa is usually lacking in richness and punctuated by negativity. We would like to tell a better story, promoting a richer and more positive image of the African continent and greater international understanding of what it has to offer the world,” she said. Five of the speakers are drawn from Nigeria.

When asked why there is such resurgence of interest in African art and fashion, she expressed a view that points to the inherent aesthetic quality.

“I will say that there is an undeniable beauty in Africa. It is a very emotional interaction between fashion and art. I don’t think the interest would have spiked without some emotional attachment to African art and designs,’’ she responded. 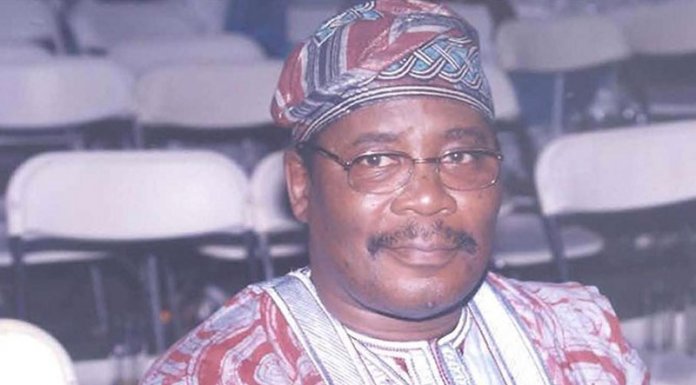