The Minister of State, Federal Ministry of Agriculture and Rural Development, Heineken Lokpobiri, yesterday warned communities in Bayelsa State which are in the habit of vandalising government projects located to stop the practice or forget federal projects in their areas.

The minister stated that henceforth, such communities would not benefit from new projects from the federal government if they continue to destroy or fail to take proper care of projects cited in their communities.

Lokpobiri spoke during the inauguration of a shoreline protection and land reclamation project built by the ecological funds office of the federal government for Aleibiri community in the Ekeremor local government area of Bayelsa State.

He said: “I have advised the beneficiaries of the projects we have commissioned today to own these projects, take these projects as their own and if we hear that these projects are being vandalised, government will be very hesitant to provide more infrastructure for you.”

The minister described coastal erosion as a major challenge affecting all the communities in the state but expressed worry that because of the cost implication involved in the construction of shoreline protections in the areas, there is no way Government can do all of them at the same time.

Lokpobiri pledged the President’s determination and commitment to the development of the entire country, no matter how remote the areas may be.

He disclosed that the Aleibiri shoreline project was one, out of the 16 ecological intervention projects approved by Buhari in the second quarter of 2017 for the community, which has been experiencing serious erosion and environmental degradation challenges.

Yusuf Aliyu Adi, Director, Coastal Management, Ecological Funds Office, who represented the Secretary to the Government of the Federation (SGF) in his remarks, commended the cordial relationship that existed between the contractor, which made the prompt completion of the project possible.

He also reiterated federal government’s caution to benefiting communities to ensure proper use of the project and to desist from any action that would shorten the life span of the project.

Reacting to the request by the Aleibiri community to extend the shoreline protection project beyond the 100 meter length as well as to increase the height of the project, Adi promised to take the request to the appropriate office at the SGF, Abuja. 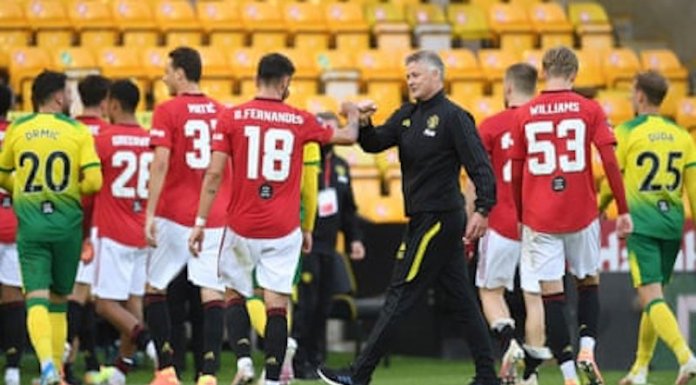 Henderson to Remain at Sheffield Utd