A judicial advocacy group, Access to Justice, has described the Court of Appeal’s decision to deliver its ruling after the winding up of the Code of Conduct Tribunal’s (CCT) trial of the embattled former Chief Justice of Nigeria, Justice Walter Onnoghen, as unfortunate.

The group, in a statement at the weekend by its Executive Director, Joseph Otteh,  said the judgments were not only of no value and too late in coming but were not much other than hollow rites of passage.

It added that if the appellate court had reached its decisions earlier, it would have represented a timely intervention required in Onnoghen’s trial.

“Had the decision of the Court of Appeal been delivered sooner, at a time when it could have mattered, it would have represented a timely intervention required, at that time, to meet the exigencies of the situation in the tribunal.

“It could have halted the travesty and charade that was being played out by the CCT, under the guise of a trial.

“Today, the judgment of the Court of Appeal faulting the obnoxious ex-parte order suspending Justice Onnoghen, as well as denouncing the tribunal’s disregard of the orders issued against it by other courts halting its proceedings, has little else to it besides just academic value. “The judgments are, therefore, not much other than hollow rites of passage. The Court of Appeal’s moralisations on the conduct of the CCT at this time, therefore, are of too little value because they were too late.

“Though the Court of Appeal has reasoned that the appeal by Justice Onnoghen has been rendered moot given the conclusion of proceedings against him by the tribunal, it was not as much the appeal as it was the appellate court that had rendered itself moot, out of reckoning, out of service and out of reach.”

A three-member panel of the Court of Appeal last Friday condemned the “secret” sitting of the CCT to suspend Onnoghen but declined to rule on it.

The appellate court had reserved its judgment on Onnoghen’s appeal in February.

The panel, headed by Justice Steve Adah, condemned the various decisions by the CCT regarding Onnoghen’s trial, but gave most of its verdict against the former chief justice’s applications.

For instance, the panel found that the ex-parte order granted by the CCT on January 23 breached Onnoghen’s right to fair hearing because it was obtained in a manner “shrouded in secrecy and clandestine manoeuvre.”

Otteh said whatever the Court of Appeal’s views were on Onnoghen’s conduct, what was at stake was well beyond Onnoghen’s circumstance.

“What is at stake is the ideology of the court’s role in preserving constitutional democracy and the rights of citizens. It implicates the rights of ordinary citizens who have to seek the court’s intervention in preventing some irreparable harm to them.”

According to him, the judiciary is labouring under serious threats to its independence, coming mostly from the executive arm of government at both federal and state levels.

“This ought to be a time when courts would rise up and defend Nigeria’s hard-won constitutional democracy with valour and defiance,” he said.

“But our courts are drawing a blank, and making citizens fear for their ability and readiness to protect them and the rule of law in a country beset by so many problems of governance.

“If tyranny persists in Nigeria, it is because courts are, in the main, failing the Nigerian people.”

editor - July 8, 2020 4:39 am
1
THE HORIZON BY KAYODE KOMOLAFE The public health essence of the precautions taken against coronavirus is, perhaps, most exemplified by the wearing of masks. This has... 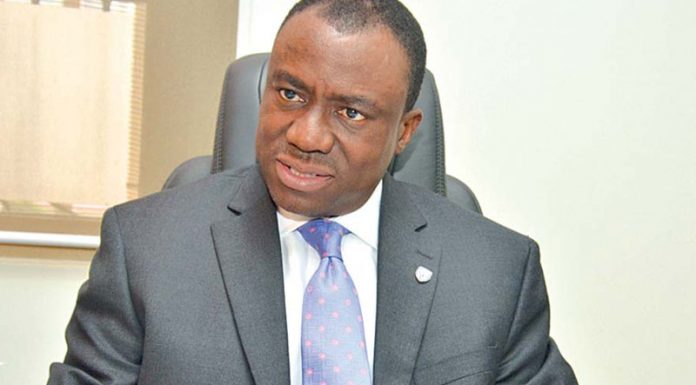 Govs to Meet over NBS’s Report on Corruption