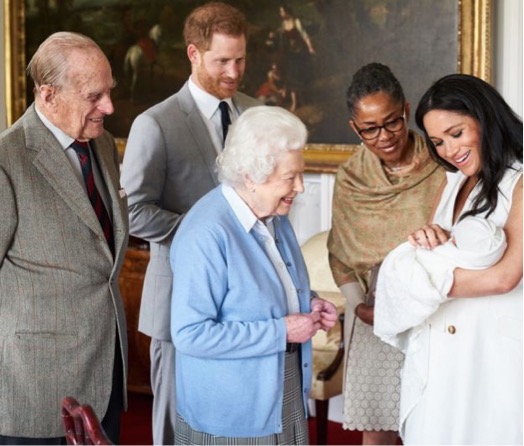 When Meghan Markle married Prince Harry at St. George’s Chapel on May 19, 2018, her last name could have become Mountbatten-Windsor. However, since royals tend to be known only by their first names, it’s not likely that you’d see the Duchess of Sussex formally referred to by the royal last name.

However, when Prince Harry and Meghan Markle announced the name of their new royal baby boy on May 8, they revealed that his full name, Archie Harrison Mountbatten-Windsor, includes the royal surname. At this point in time, Archie has no known title.

The royal family’s naming practice may seem complicated, but the reason behind it is relatively simple: The royals are typically so well known that they don’t need a last name to be recognized. “Members of the Royal Family can be known both by the name of the Royal house, and by a surname, which are not always the same,” the official royal website reads. “And often they do not use a surname at all.”
This means that Prince Harry’s full name could technically be Henry Charles Albert David Mountbatten-Windsor and that Markle is Rachel Meghan Mountbatten-Windsor.

However, considering last names are typically only used by members of the royal family without a title, you don’t need to worry about tacking the hyphenated surname onto Harry and Meghan’s names.
Members of the Royal Family can also use a last name from their family’s official title. For example, Prince Harry and Prince William were known at school and in the military as Harry Wales and William Wales, a surname that derived from their father’s official title.

Prince George, meanwhile, has taken the surname Cambridge at school, from his father’s title as Duke of Cambridge.
Basically, when in doubt about how to refer to a member of the royal family, first names and titles are the safe way to go. Queen Elizabeth was born Princess Elizabeth Alexandra Mary Windsor to the Duke and Duchess of York—later King George VI and Queen Elizabeth the Queen Mother—on April 21, 1926.

She became next in line to the crown when her father, King George VI, ascended the throne following the abdication of her uncle, Edward VIII, in 1936. Princess Elizabeth was born into the royal house of Windsor, making her last name, if she needed it — you guessed it — Windsor.

While Queen Elizabeth was born with the last name Windsor, that wouldn’t have been the case before 1917, the year her grandfather, King George V, decided to not only switch his house name from Saxe-Coburg-Gotha to Windsor in order to head off anti-German sentiments during WWI, but also designated Windsor as the royal family’s official surname going forward.

Before 1917, British royals went only by their first name and the name of the house or dynasty they belonged to, such as Tudor or Hanover—i.e., Queen Victoria of the House of Hanover.

Following her marriage to Lieutenant Philip Mountbatten—later Prince Philip—in 1947 and her ascension to the throne in 1952, Queen Elizabeth II made a slight adjustment to her grandfather’s naming decree by adding a hyphenated “Mountbatten” to the last name of her descendants to reflect the surname of her husband.

Today, the last name of the British royal family remains Windsor. However, royals who are descended from Queen Elizabeth II through the male line use the hyphenated surname Mountbatten-Windsor when needed. This last name reflects both the surname of the royal family and that of the Queen’s husband, Prince Philip.

“It was therefore declared in the Privy Council that The Queen’s descendants, other than those with the style of Royal Highness and the title of Prince/Princess, or female descendants who marry, would carry the name of Mountbatten-Windsor,” the official royal website reads.

By deciding to call their son Archie Harrison Mountbatten-Windsor, Harry and Meghan have chosen not to use a title for their first born.
As the first born son of a duke, Archie could have become Earl of Dumbarton – one of Harry’s subsidiary titles – or have been Lord Archie Mountbatten-Windsor, but instead he will simply be Master Archie Mountbatten-Windsor. It is believed that this is a strong indication that they don’t want to bring him up as a formal royal.
The infant, who is seventh in line to the throne, will not automatically become a prince – although he could get that title if the Queen steps in. 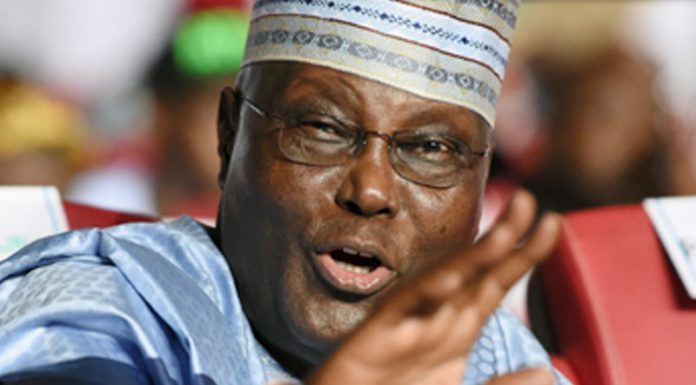