As a front-line culture and tourism personality, Otunba Matthew Segun Runsewe is set to use culture as a tool for Nigeria’s economic advancement. Okechukwu Uwaezuoke reports

It has been decades since the National Council of Arts and Culture set about faithfully fulfilling its modest role in the sub-sector. The parastatal, which was established by Decree No 3 of 1975 and amended by Decree No 5 of 1987, somewhat became synonymous with the annual National Festival of Arts and Culture (NAFEST) and has also been known to concern itself with arts, crafts and the other finer details of culture.

Now, with the new man at the helm of affairs of this hitherto nondescript culture agency, things have begun to stir to life and, consequently, waves of optimism are beginning to ripple through the entire sector. For Otunba Matthew Segun Runsewe has a vision, and that is one of putting Nigeria’s culture first.

Since he assumed office in 2017, Runsewe has made no secret of this vision, which is premised on his understanding that cultural products should replace oil as foreign-exchange earners for the country. This informed his recent visit to Dubai in the United Arab Emirates with the National Council of Arts and Culture’s management team.

The whole point of the visit – which took the team to such tourist attractions as the Miracle Garden, the Dubai Mall, the Dubai Aquarium, the Dubai Fountain, Global Village, Old Dubai, the world’s tallest building Burj Khalifa and the world’s tallest hotel with an underwater restaurant Burj Al Arab – was to acquaint the team with the Dubai Model. The question on the minds of the visitors remains: how does Nigeria leverage on this insightful visit to reinvent its cultural sector?

Seeing what other people are doing with their culture and tourism should not only inspire the management team, but also the coterie of stakeholders who were recently invited to a jaw-jaw session at the Kapital Klub Hotel premises in Asokoro, Abuja on Friday, May 3. “Come back home and see how to do something with our cultural potential,” Otunba Runsewe urged the participants.

The brief for every stakeholder in the hall was to chart the way forward for the creative sector. Hence, the director-general urged every participant to freely bare his mind after the screening of a 30-minute documentary of the Dubai trip. Nigeria, he stressed, cannot afford to neglect its rich cultural heritage, which could be a major foreign-exchange earner.
The sooner the country wakes up to the potential of the creative sector in the driving of the economy, the better. It is for this reason that he also plans to replicate this Dubai visit with 36 state commissioners alongside other stakeholders.

This vision, he added, needed drivers, ambassadors and platform-runners. This vision, he also said, was a call for a new beginning in the continent, for which Nigeria must take the lead.
“We are a people that believe we can do things first and I believe if they can do it there, we can do it and even better. The time is now as we cannot afford to wait any longer. The unborn Nigerians, the future generations of this country will not forgive us and posterity will not forgive us if we do not make amends and effect the changes now. So, I implore all stakeholders to come together and make a total change in this sector.”

It is quite revealing that only three states in the UAE– Dubai, Abu Dhabi and Chaja – are making any real economic impact on the Gulf Arab nation. The states’ impact on the country’s economy is based on the exploitation of their artificial resources. But, Nigeria has an abundance of natural resources, whose exploitation could turn around the fortunes of its economy in a spectacular way. The Dubai Mall, for instance, has about 180 restaurants with over 5000 car park facilities, which are seeking more workers.

For the Director, Research and Development, NCAC, Dr Elizabeth Ben-Iheanacho, the trip was a fantastic learning experience, from which Nigeria could learn from the tourism strength of the Gulf nation and particularly from its history and evolution from an ancient desert emirate to a tourism destination.

Re-echoing her words, the Director, Arts and Crafts, NCAC, Mrs Chinwe Abara described the trip as phenomenal and thought Nigeria has much to learn from from the emirate. Similarly, the other members of the visiting management team extolled the creative exploits of Dubai, hoping Nigeria learns from its rich experiences.

To this end, the setting up of a think-thank to not only drive this vision, but also to conceptualise and develop the ideas for further implementation was the next task on the agenda. Also dredged-up during the jaw-jaw session was the issue bordering on the establishment of a stand-alone culture and tourism ministry. As stakeholders aired their views, it was evident that there is a growing sense of optimism in the sector.

Otunba Runsewe, for whom culture is a springboard for driving national development, has already left stakeholders in no doubt of his vision with what he has so far achieved with the annual National Festival of Arts and Culture, called NAFEST. Hence, the Edo State Governor Godwin Obaseki recently told him: “With what you have done with NAFEST, some of us are reassured that Nigeria can rebound in all aspects of our national life and we are proud to have you at the centre as key partner to take Nigeria out of the woods to the promised land.”

A key player in the media, culture and tourism sectors in Nigeria, Otunba Runsewe has held such positions as the executive director of the National Orientation Agency, the director-general of the Nigerian Tourism Development Corporation, the pioneer chairman of the Abuja Carnival Planning Committee, the media coordinator of the 2013 Commonwealth Heads of Government Meeting (CHOGM) in Abuja and the Head of Public Relations (Media) at the National Theatre, among others.

The industry track records of this former newspaper publisher and fellow of the Nigerian Institute of Public Relations justify the great expectations swirling around him. He has so far left no one in doubt about his determination to re-invent the cultural sector.

There is Nothing to Celebrate on May 29, PDP...

editor - May 28, 2020 12:03 am
1
The Verdict By Olusegun Adeniyi, Email: olusegun.adeniyi@thisdaylive.com In the past one week, dozens of people have sent me a four-minute video clip of Governor Ben...

There is Nothing to Celebrate on May 29, PDP... 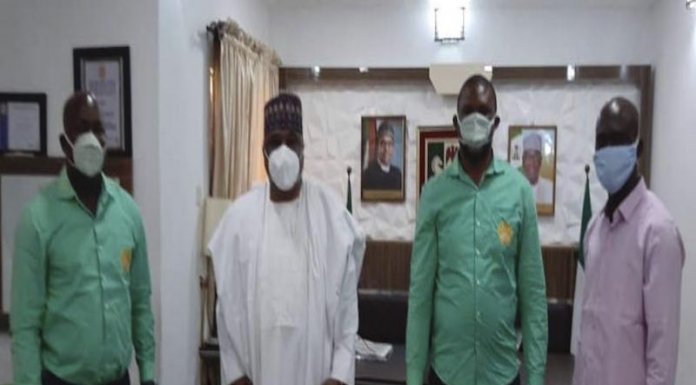