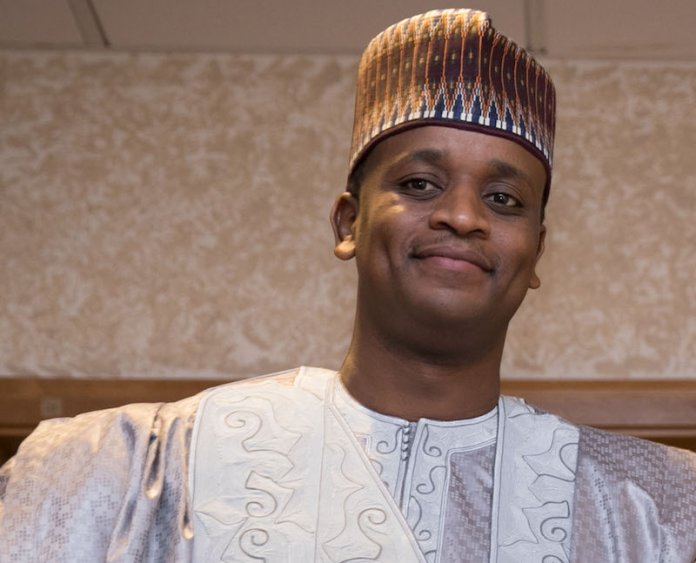 Ties of blood to the most powerful do more than unlock doors. They turn the person into a human regulator of supply and demand, conducting trade between those who can bestow favours and those who need them. Little wonder Ahmed Indimi has risen in prominence in the last few years. The husband of Zahra Buhari is having a swell time of it in the federal capital territory where he has become one of the most sought r powerbrokers.

The very handsome son of Borno billionaire Muhammed Indimi and son-in-law of President Muhammadu Buhari is well placed through his ties of blood and marriage to shape how things unfold in the corridors of power. He enjoys unfettered access to the presidency and can depend on his father’s financial might to get things done with a minimum of fuss.

These days, top shots who are looking for one or two things in the corridors of power now count on Zahra Buhari’s husband for connection. Even though he is neither an aide nor a member of the president’s kitchen cabinet, what he has going for him is his status as a son-in-law to the president which instantly unlocks privileges closed to even some of the president’s top henchmen.

The Director/Head of Crude Marketing Department at Oriental Energy Resources never shies away from leveraging his growing influence to help select supplicant, a trait that has endeared him even more to the Abuja crowd. The graduate of IT from the American InterContinental University, Atlanta, Georgia is always welcome at any gathering of the capital’s elites. He has become the beautiful bride pursued by all and sundry.

Recall that Ahmed got married to the president’s daughter Zahra in December 2016 in a very opulent ceremony topped off by a series of celebratory extravaganzas in different cities. Last year, Zahra gave birth to a bouncing baby in faraway Spain which the couple named Muhammed. Recently, they took to social media site Instagram to celebrate their second wedding anniversary.